ALL TIME LOW KICK OFF THEIR TOUR IN GLASGOW 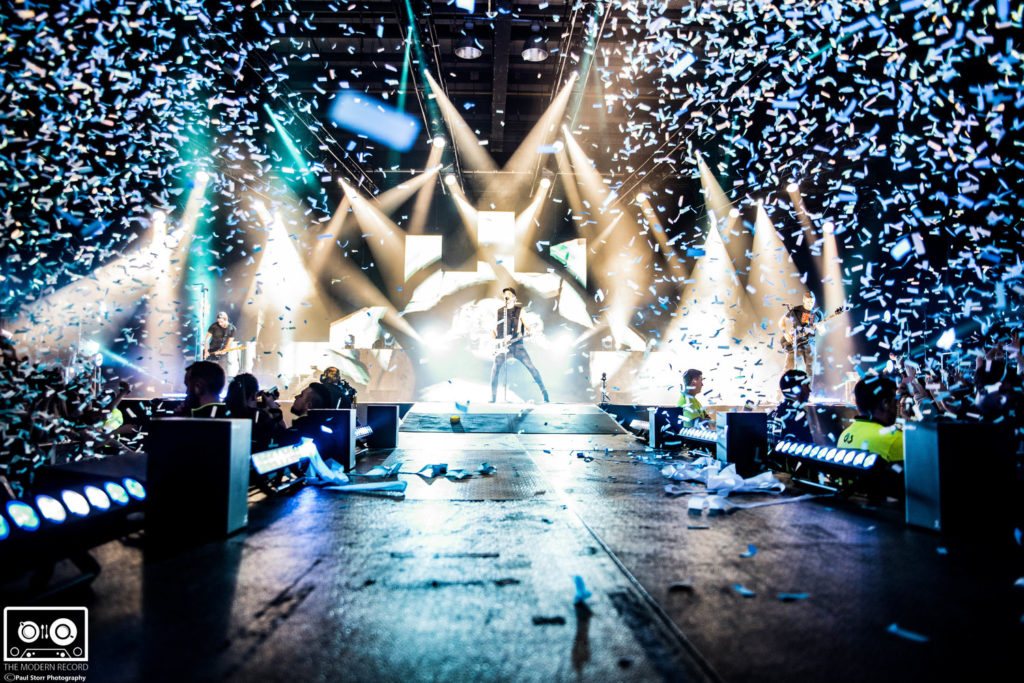 Opening the show tonight are Southampton’s punk king’s Creeper. The band are raring to go as soon as they come on stage, giving their all to deliver a superb performance.

The highlight’s of their set come in “Suzanne” and the anthemic “Hiding With Boys”, both of which sound amazing in the SEC arena.

Their set seems a fairly short one (we can safely say this is down to the fact that All Time Low are doing two full sets themselves) but Creeper win over the room with the time that they have. 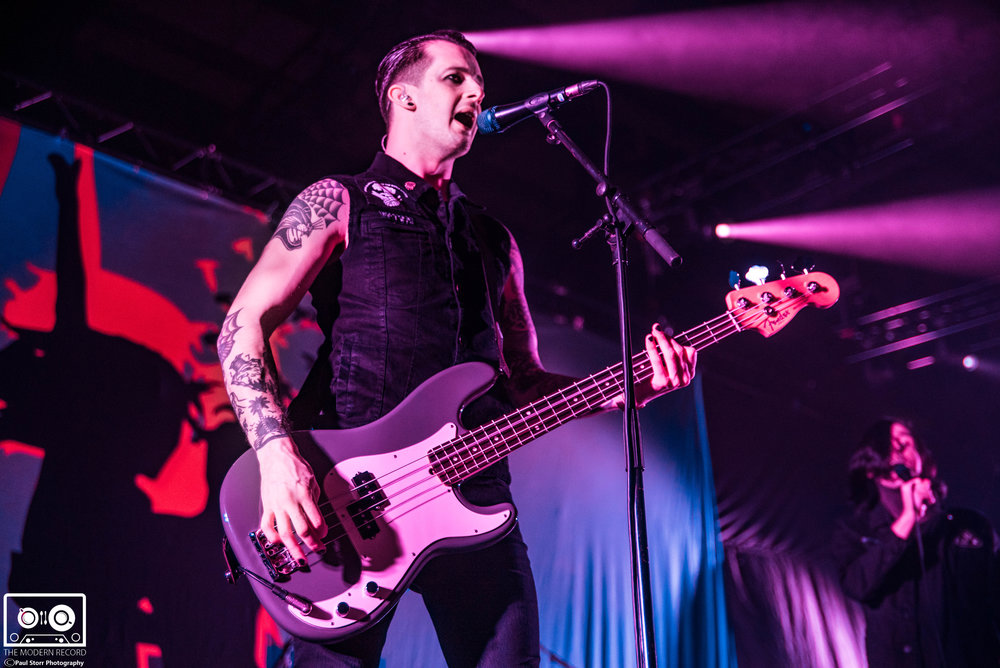 For All Time Low’s first set tonight we get a nostalgic throwback to September 2007, when they first released debut album “So Wrong, It’s Right”. The album is performed in full (with one slight tweak…) and sounds just as good as it did when they toured it on first release.

Frontman Alex Gaskarth tells us how the band initially did the “So Wrong, It’s Right” shows in New Jersey and had no plans to tour them, but had so many requests (especially from UK fans) that they felt a tour was needed!

Standouts of the set are “Vegas” and the beautiful “Remembering Sunday”, the latter which sees Alex armed with just an acoustic guitar before the rest of the band kick back in for the end of the song.

“Who’s excited for All Time Low?” the crowd are jokingly asked, before the set is finished with “Poppin’ Champagne” and the band disappear off stage for a short break. 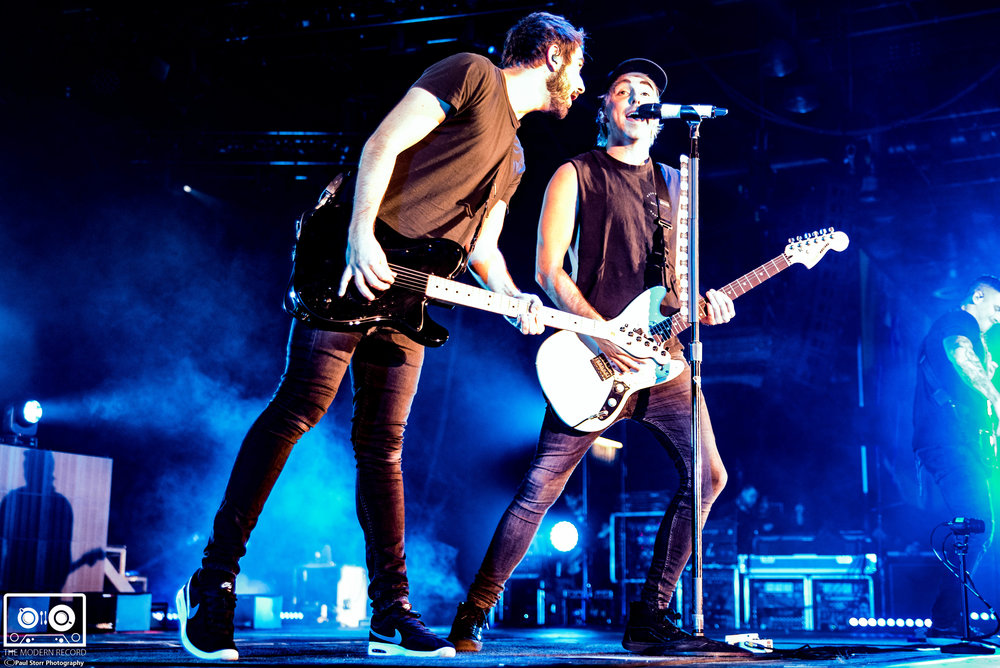 It’s not long before the band return for the second set, this time of all the other hits from their extensive back catalogue.

They open with “Last Young Renegade” before launching into the bouncy “Lost In Stereo”, complete with confetti cannons.

As has became a tradition of sorts at All Time Low shows, fans in the front rows throw their bras at the band and guitarist Jack Barakat hangs them from his mic stand.

The stage setup has grown a lot from the first set of the evening, with the “So Wrong, It’s Right” banner having dropped to reveal two video screens (one at each side of the stage) and also  a giant video screen behind drummer Rian Dawson.

A superb run through of “Weightless” sees all band members bouncing about the stage, with bassist Zack Merrick clearly enjoying every second. In all honesty, every band member has a smile plastered on them throughout their whole performance.

We get the live debut of “Dark Side Of Your Room” which makes the evening even more special for long time fans of the band.

The acoustic guitar is brought back out for “Missing You”, which is preceded by videos that fans have sent in telling what the band mean to them and how they have helped them through tough times.

The new stage set reveals even more tricks up it’s sleeve as we get flames which go in time with the outro of “Life Of The Party”, and confetti streamer cannons for “Kids In The Dark”.

The highlight of the evening comes when the band play “Therapy”, and the whole crowd take over vocal duties creating a lovely sound around the arena.

The main set is then finished off with another live debut, this time of “Afterglow”. It’s not long before the band are back out for an encore of “Damned If I Do Ya (Damned If I Don’t)”, “Good Times” and the omission from the first set, a stunning rendition of “Dear Maria, Count Me In” which sees the biggest singalong of the evening.

All Time Low’s sets tonight are outstanding, and add in the fact that they have the amazing Creeper opening for them, this tour is one not to be missed!