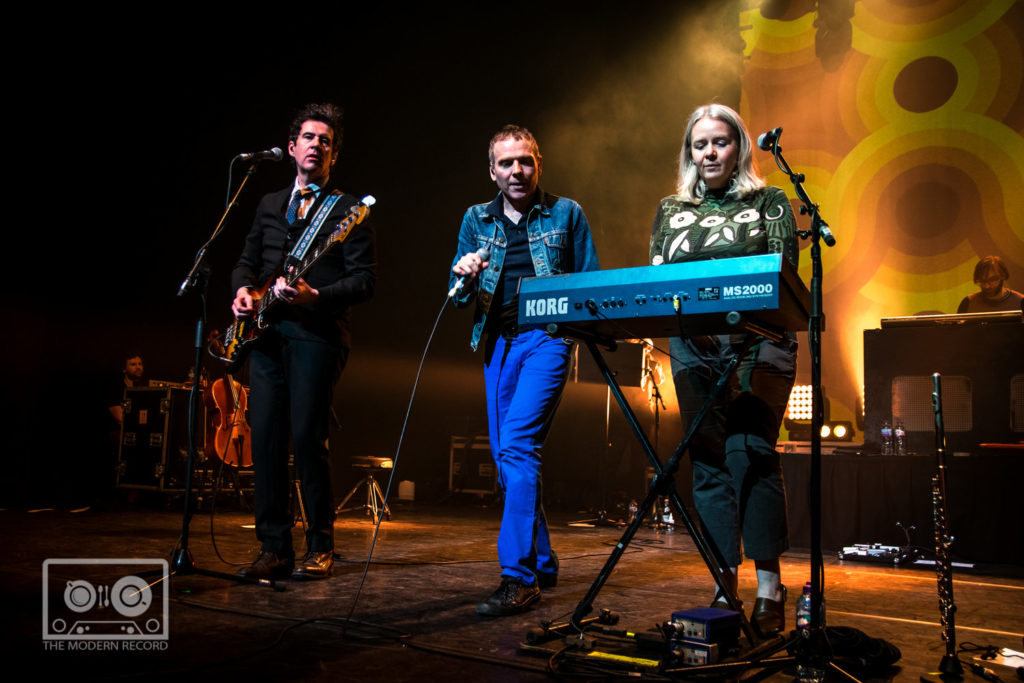 Glasgow Indie band Belle And Sebastian take to the road on their latest tour and stop off at the acoustically fabulous Concert Hall in Perth to showcase tracks from their recent EP releases ‘How To Solve Our Human Problems’.

Supported on the tour by Memphis born singer songwriter Julien Baker, this was a great opportunity for those unfamiliar with her work to demonstrate her talents, which were warmly received by the packed audience.

Onto the main headline of the evening, Belle and Sebastian.  Formed in 1996 in Glasgow, and built on the songwriting talents of vocalist Stuart Murdoch, the band are one of those ‘always there or there abouts, but never quite hit the heights’ type of acts.  With a back catalogue of 9 studio albums, the band certainly have no shortage of tracks to choose from for tonights setlist, but also on the list are tracks from the recently released set of EP’s, which includes some fine tunes Poor Boy, and We Were Beautiful. 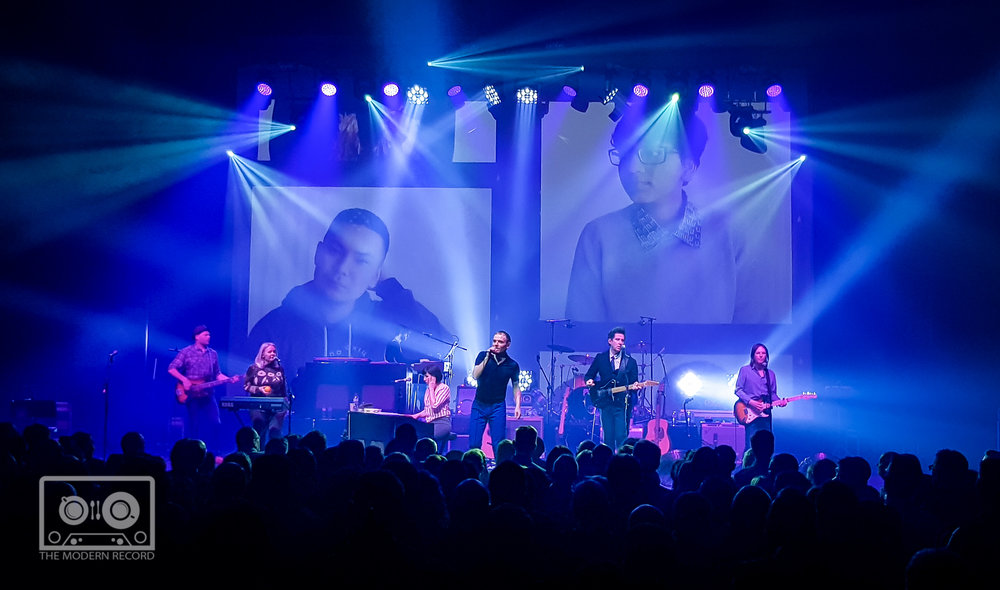 Biggest cheer on the night was for the classic The Boy With The Arab Strap.  As soon as the first few chords were played, Murdoch was out gathering the fans for a stage invasion, as now seems customary when this song comes up on the setlist.  No shortage of voluntary dancers on hand but the stage can only hold so many, but there was at least one who managed to grab a free mic to yell ‘HELLO PERTH!!!’ much to Murdochs amusement, but not the roadie’s! It was possibly heard in Dundee too….

The dancers got a bonus tune after Arab Strap in Show Me the Sun, and it was time for a break and back to their places behind the barrier. Im sure they could have danced all night tho.

A great night of great music in Perth, the band were on top form and for serious and casual fans alike, and I include myself in the casual bracket, this was a fantastic way to spend the evening.  I came away suitably impressed, as im sure many others did too, catch the band on tour if you get the chance. 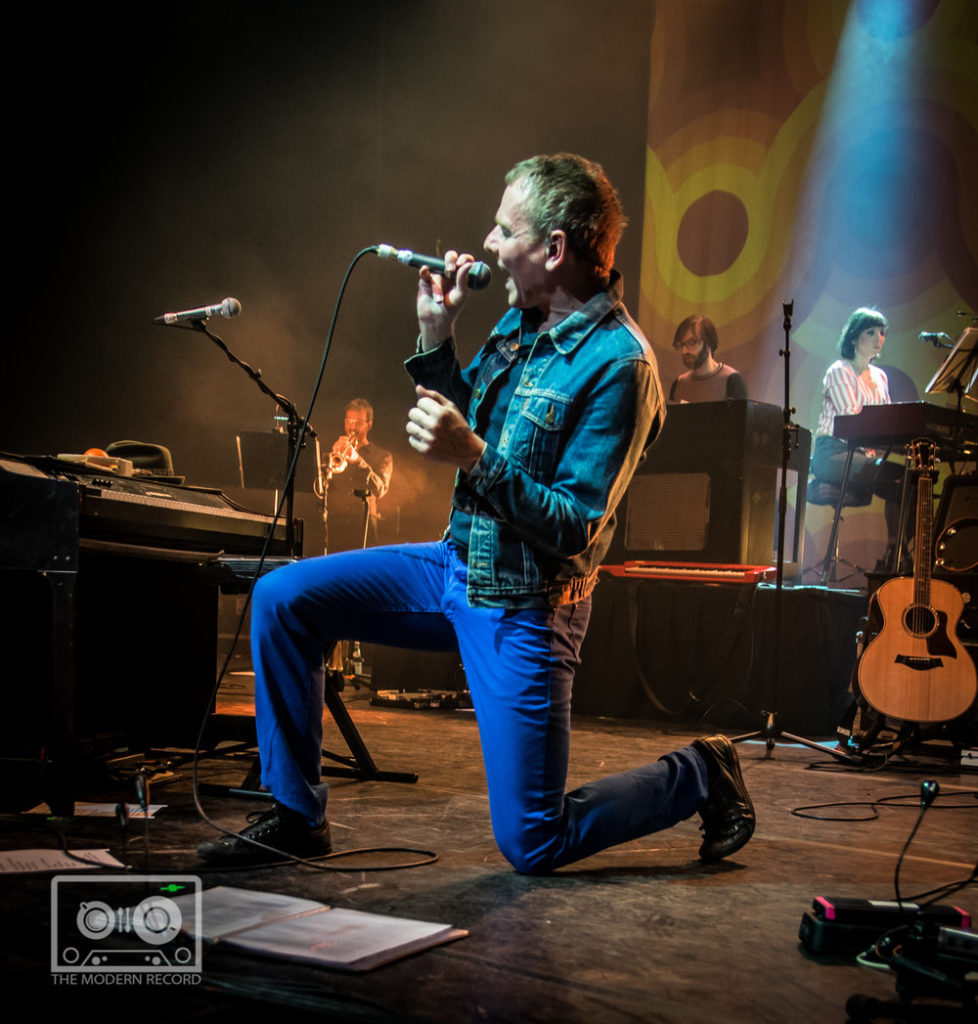