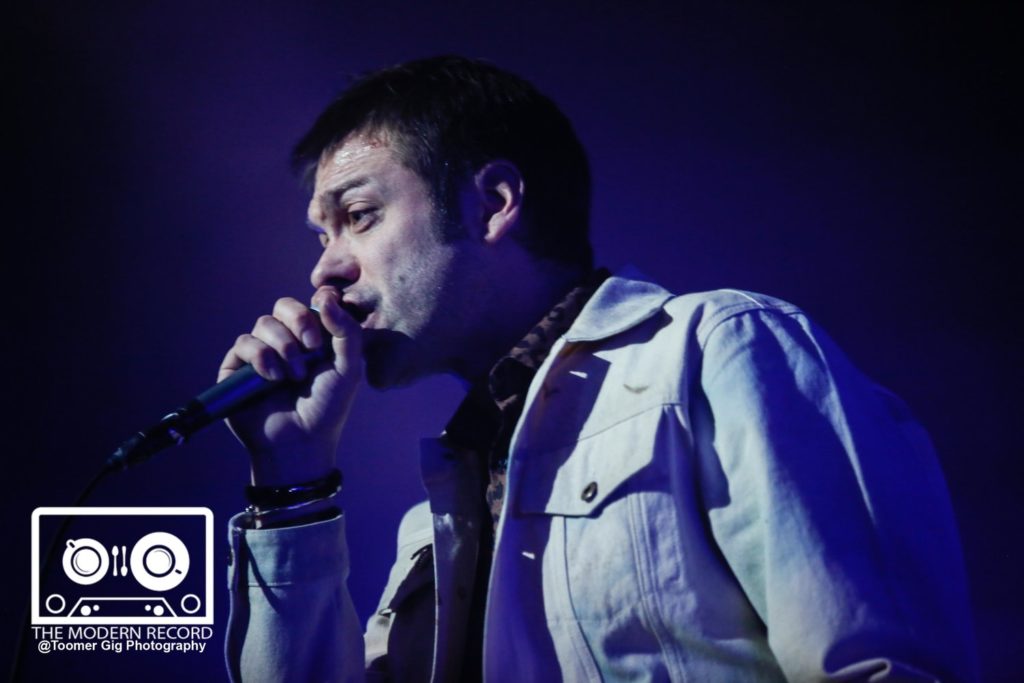 First out at this special one-off gig were Spring King, a fourpiece from Macclesfield who were a great choice to get the crowd ready for tonight’s main act. When you hear that the lead singer is also the drummer, you would expect the show to be quite static to watch but not with this band, Tarek Musa oozes showmanship from behind the drum set, Peter Darlington blasts out some brilliant guitar solos and James Green might be the bounciest bass player I have ever seen. Playing a great 8 song setlist they pumped up this already excited audience and had them dancing already. 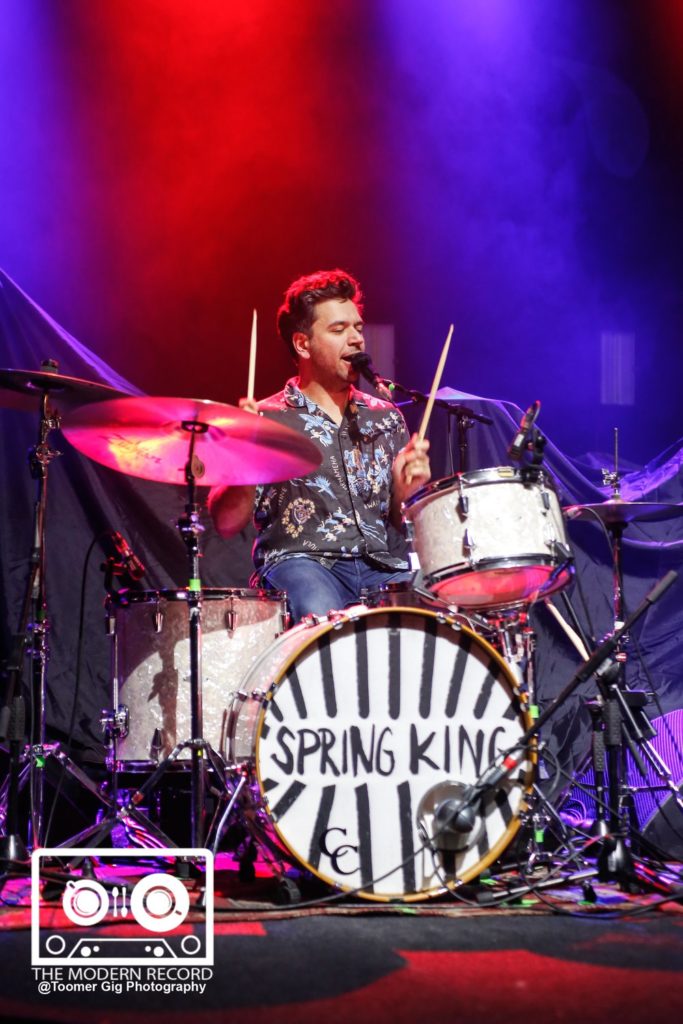 This is an incredibly special night for the fans that are in the Victoria Theatre in Halifax. Kasabian have sold out arenas and headlined festivals so getting the opportunity to see them in a 1500 capacity theatre is a unique experience. Fans were queueing around the corner and down the street waiting to get the best spot to see their favourite band. Although the seats had been taken from the stalls area they were left in on the two balconies but not once person was sat down. The room was electric waiting for them to come out but some of that excitement spilled into aggression and before the gig started the security team had earned their pay. Nobody was going to let that spoil an amazing gig. The whole crowd exploded when the band walked out on stage, screams and cheers filled the room as they kicked off a night to remember in this small venue. 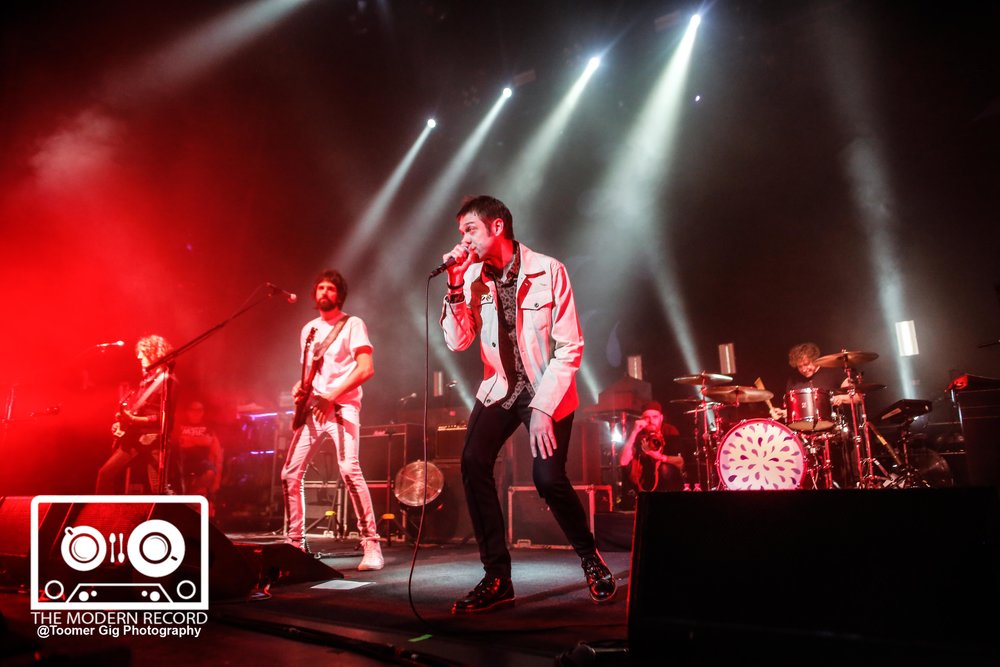 Each song was met with excitement but the roof was really taken off when they began playing “You’re in love with a psycho” the whole room was bouncing up and down and singing along, it didn’t matter if you wanted to dance or not…. the sea of bodies just took you along for the ride. Each member of the band gave the gig everything they had and blew everyone away with their phenomenal stage presence, none more so than lead singer Tom Meighan who stormed the stage with focus and force that propelled the show to another level. To end the epic 19 song setlist for tonight they played “Fire” which is their best known song yet and it was fitting for the end of this evening as they certainly were on fire tonight.
Previous