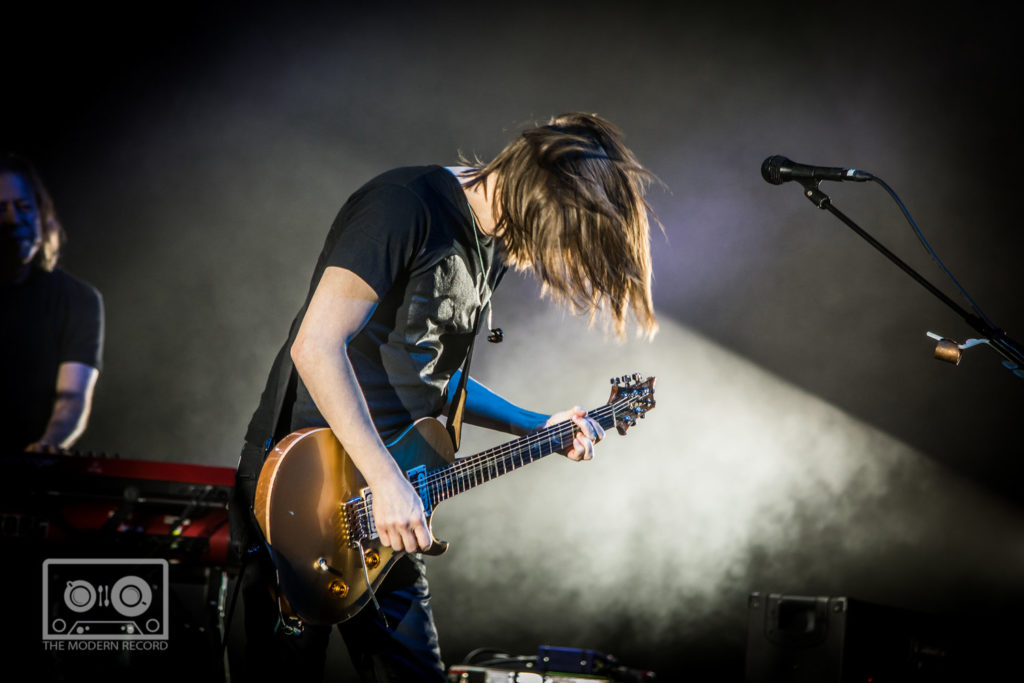 Progressive rock superstar Steven Wilson visits Glasgow again with his latest tour, much to the delight of his legion of fans.  Musician, singer, song writer, producer, jack of all trades, he’s the man who keeps the torch burning for prog rock in the UK, and what a job he makes of it.  Having recently remixed albums for the likes of Jethro Tull, Yes and Steve Hackett, the other UK prog rock guitar wizard from Genesis, he also was the man behind Porcupine Tree, a British prog rock band formed in the late 80s.

Opening with Nowhere Now and Pariah from the 2017 album To The Bone, the barefooted musician played behind a screen draped at the front of the stage, which had projected graphics onto it, bringing a light show which complimented the music perfectly, especially with singer Ninet Tayeb projected in front of the band on stage.  This wasn’t just a gig to hear music, this was a complete experience which sucked you into the songs being played.  The 3rd song on the night Home Invasion raised the tempo and got the crowd going, several near me brought their ‘air drum kits’ with them to increase their experience, not that they were really necessary.

Joining Wilson on this tour are Guthrie Govan on guitar, Adam Holzman on keyboards, Theo Travis on flute and sax, Nick Beggs, ex Kajagoogoo man on bass, and Marco Minnemann on drums and percussion. An ensemble which produces the most delicate and explosive musical notes an ear can absorb. 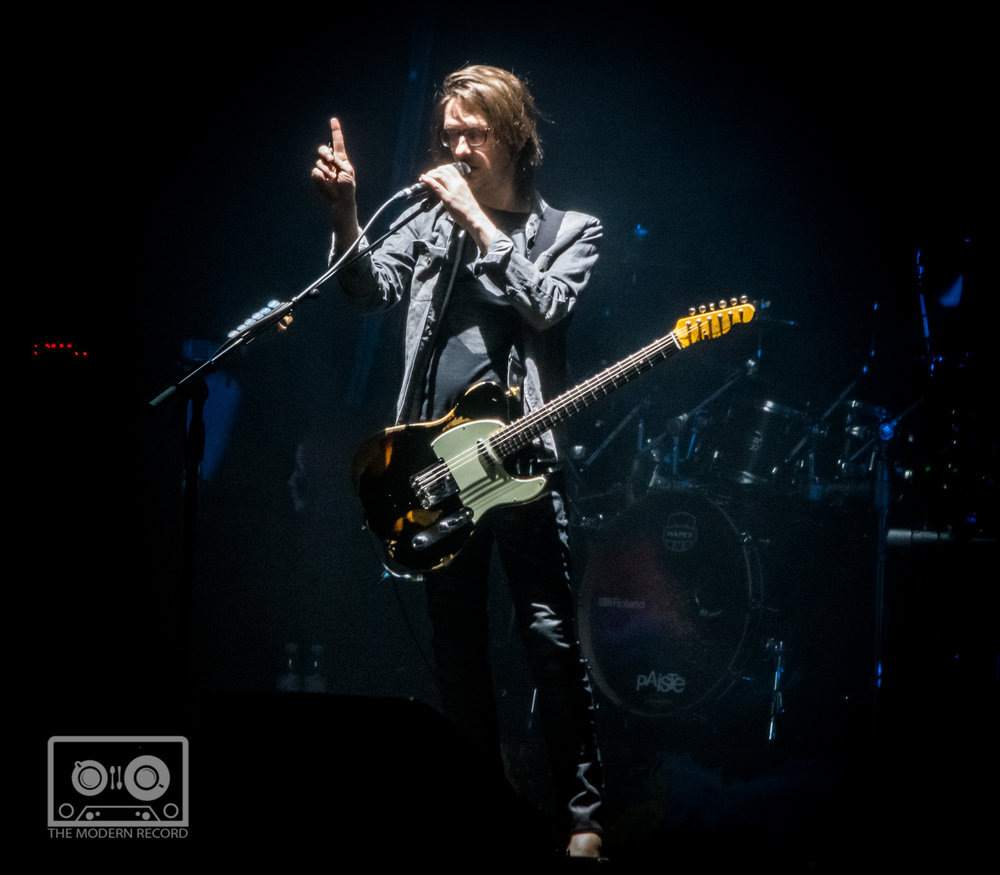 Long-time fans of Wilson were delighted to see plenty of Porcupine Tree material on the set list, including The Creator Has A Mastertape, Arriving Somewhere But Not here, Lazarus and Even Less.

The style of Wilsons music, and his obvious musical influences are apparent from the start, A heavy dose of early Genesis, a huge slice of Pink Floyd, add a touch of Yes, Jethro Tull, Marillion and you have tonights performance virtually to a tee. You also need the musical genius of Wilson to bring it all together. 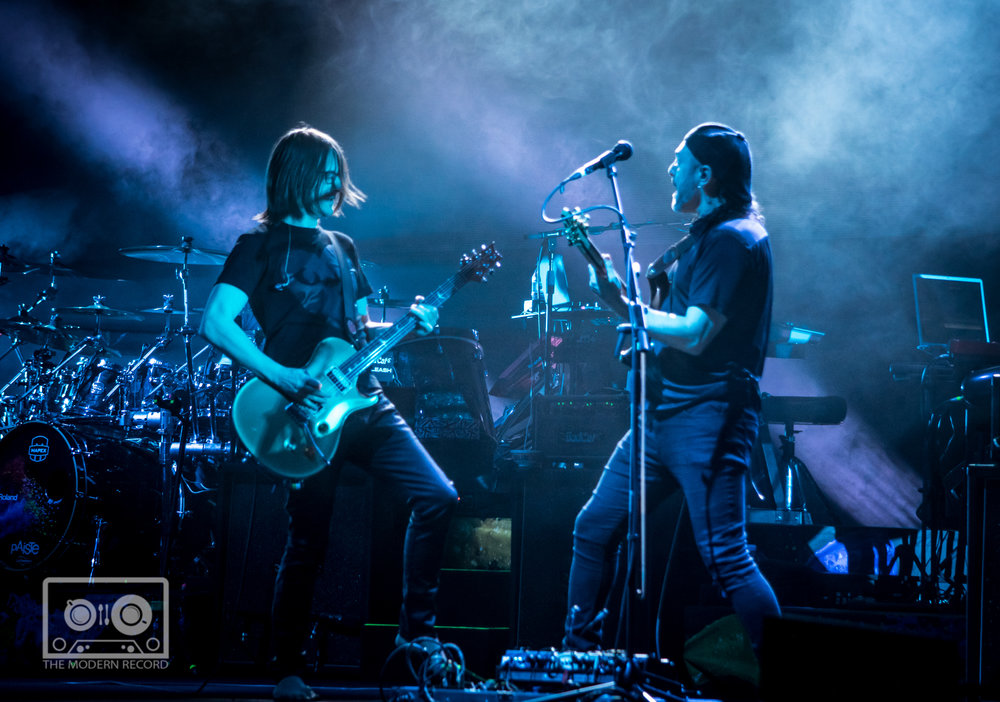 The sombre, and somewhat depressing but equally magnificent The Raven That Refused To Sing closed this evenings show, accompanied with an animated ‘cartoon’ on the back wall screen, depicting an older chap who had lost his sister, but brought back to life via a raven he encountered in a forest.  Certainly brought a lump to my throat, such was the musical and visual power of the music.

Before the show I’ll admit to not knowing much of Wilson’s music, however today I now own his complete catalogue, it made such an impression on me. This was a sublime evening with music, and musicians of the highest quality.  The 2 hours and 30 minutes on stage could easily have been doubled and no one would have complained.   A fantastic performance, an amazing show, and I’m already checking to see when he’s is next in town.  Fans of guitar music and prog rock in general, do not miss this guy.  He will blow your mind.