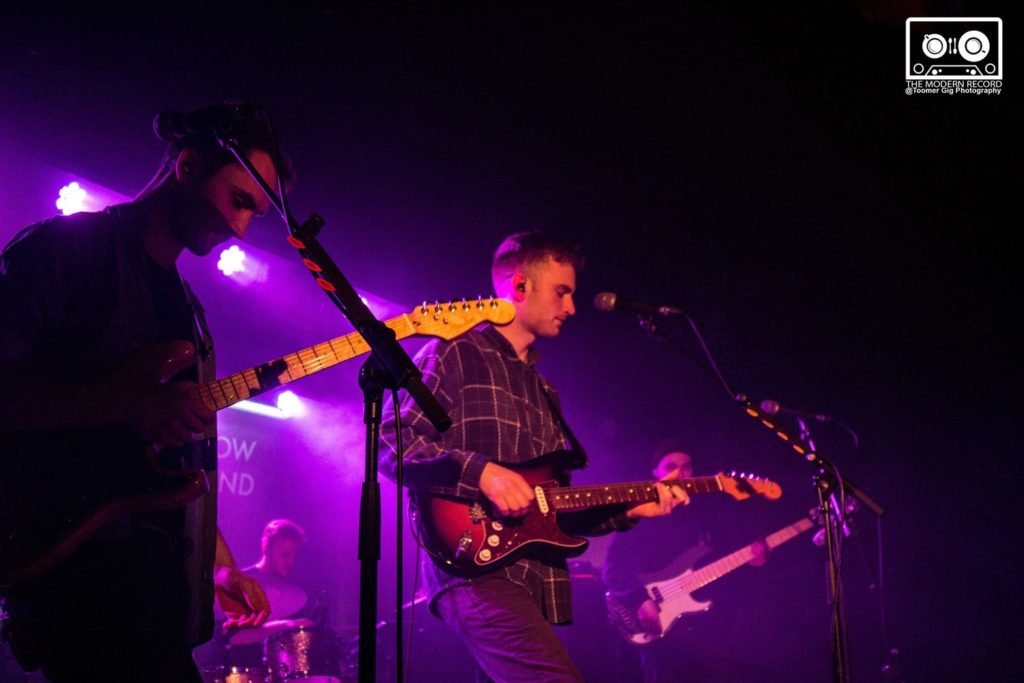 The crowd scream and lights flash on the stage as members of Tom Misch’s band begin to make their way out from behind the curtain. The 22-year-old emerges with both of his arms open, as if thanking the Glasgow crowd before he even plays. The Londoner and his band jump straight into an upbeat instrumental track to liven up the crowd. Delicate funk guitar fills the room along with piercing violin notes and a heavy bassline. Misch raises his arms again, smiles and shouts ‘Glasgow’.

Misch melodically plays through an eclectic and predominately feel good set. In the past he has admitted that he isn’t one for constantly chatting to the crowd, from the outset it seemed obvious that the music would do the majority of the talking. Perhaps one of Misch’s most impressive accolades is the quantity of quality music he has released despite being only 22 years old. A catalogue of music this size rarely points to a man in his early 20s.

Tom Misch is a musician who cannot be defined by a specific genre – or even a broad genre. Track by track, he seamlessly weaves between neo-soul and funk with rings of saxophones and violins joining him. There isn’t much this man can’t do; producing, singing and spectacular guitar playing.

‘Crazy Dream’ and ‘South of the River’ are lapped up by the crowd whilst some of the slower tracks were lost amongst some restless chatter between fans. This is not a knock on Misch, some of the audience were just clearly there more for the upbeat funk than the stripped down folky songs. Nonetheless Misch confidently plays through his varied set, even indulging in a instrumental version of Stevie Wonder’s ‘Isn’t She Lovely’ and live monologue in ‘Movies’.

His smooth jazz style contrasted with occasional bursts of violent guitar picking and heavy drums made this a near perfect set. As well this, it was the kind of show in which someone who had never heard of Tom Misch before could enjoy. It is almost scary to think of where this man could be in the next few years.