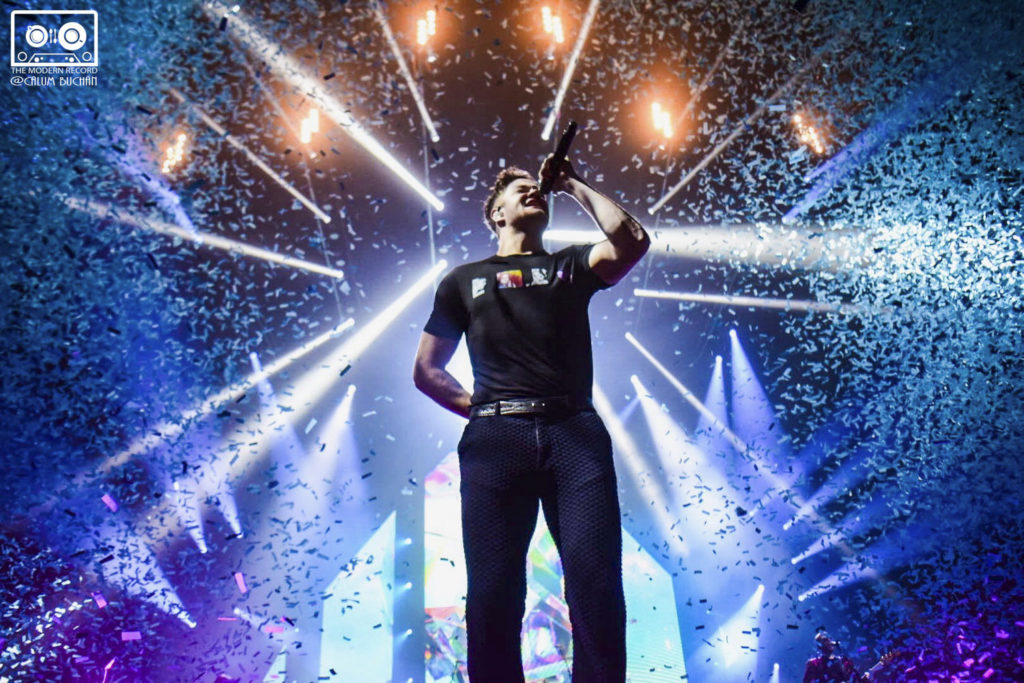 The evening’s performance started with a cryptic film followed by a light show about time and evolution which was to hype up the band’s arrival on stage. The band climbed up stairs onto stage ready to perform to 13,000 fans awaiting for them.

Kicking off straight into ‘Birth’ followed by ‘I Don’t Know Why’, which got the crowd going, while confetti cannons boomed getting the night off to epic start. 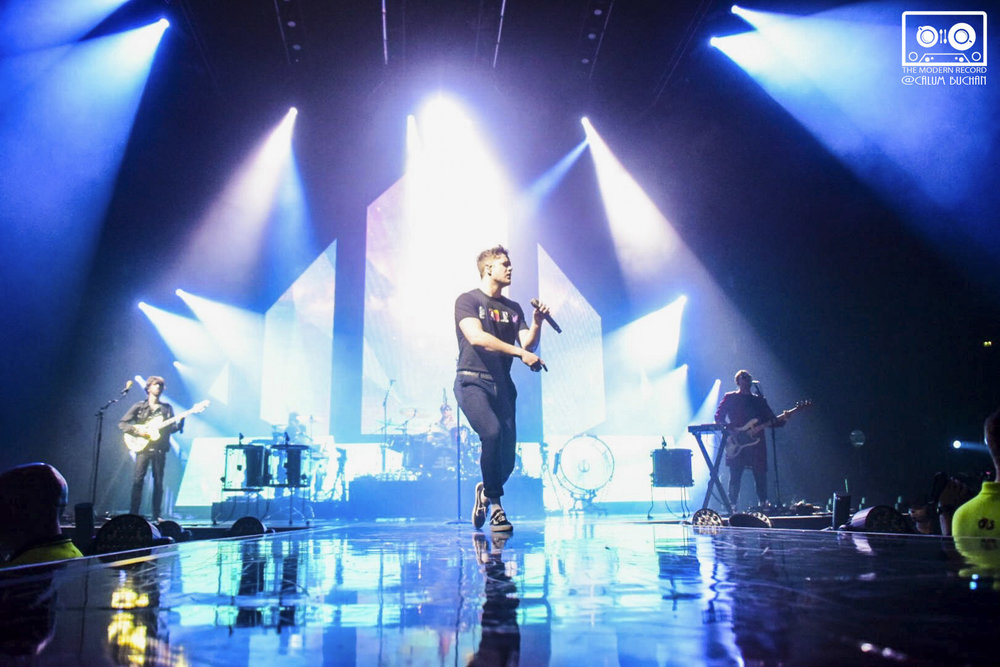 Frontman… Dan Reynolds takes a moment to speak to the Glaswegian crowd saying;

“This is one of our favourite cities in the entire world to perform in… Scotland always feels like a second home to us. This is our last show before we go home to the states tomorrow, of course that means this is the most very important show”…

“I have mixed emotions about a lot of things”.

“But one thing I don’t have them about, is being on the stage every night.

“I always look forward to existing in a honest place with you. We live in a place of violence, of divide, of politics.

“America is broken. This year has broken my heart, my mind but this I what I live for.

“May we continue to heal and spread peace. Let no single hateful person take this away from us.

“We will not be divided. Give me your heart for one evening.”

Before the Dan and co kicked off into crowd favourites ‘It’s Time’ and ‘Gold’ which left the glaswegian bouncing from end of the room to the other. The way he moves on the stage is very remarkable, and his fans fully embrace every moment while he performs on stage. In an era where rock music fails to achieve what it used to be – commercially and culturally – it’s comforting to see a relatively new guitar band appealing to younger audiences. 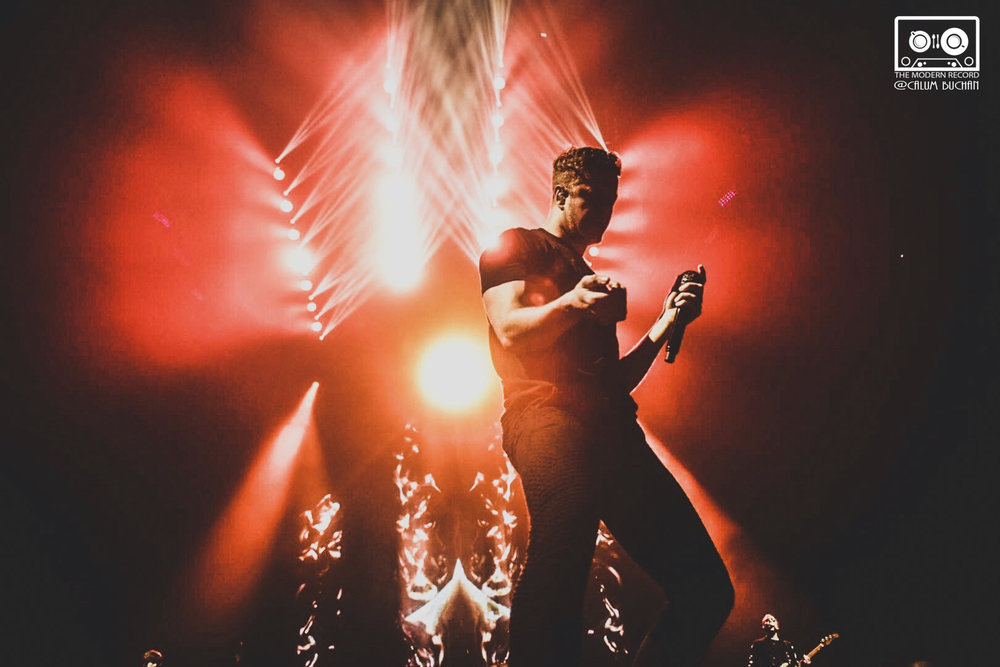 Reynolds shares a very heartfelt moment, which recollects all the of memories that his life throughout time when he thought his mind was broken and was nothing there, but then recounts how he turned to the arts and a therapist who is still looking after him. Someone from the front row passes him a cardboard sign with “I have a therapist” written on it, which he proudly shows to the Glaswegian venue before singing one of the four-piece’s biggest hits: Demons from their debut album ‘Night Visions’ back in 2012.

Imagine Dragons ended their current set with a massive crowd favourite which has lead to their fame across entire world. As massive blown-up balloons dropped from the roof of the hydro, band jumped in ‘On Top of the World’.

The band one by one walk through the crowd to B-Stage at otherside of Hydro to perform couple of acoustic songs to get closer to the Glaswegian Crowd. After an incredibly upbeat acoustic version of ‘I Bet My Life’, the band broke into playing Scotland favourite ‘I’m Gonna Be (500 Miles) which had 13,000 fans singing along every single word of the song back at Dan Reynolds.

Then onto intimate versions of ‘Bleeding Out’, ‘Warriors / Sucker for Pain’ and ‘Shots’.

Dan Reynolds and co. returned to the main stage to perform their biggest newest hits ‘Thunder’ and ‘Believer’ before ending the show as the band scarpered off the stage, the Glaswegian crowd didn’t let up, as they screamed and shouted for more until they finally returned on the stage.

As they ran back onto the stage and rewarded the crowd with ‘Waking the Wire’ and an awesome finale performance of their biggest single ‘Radioactive’ which made Imagine Dragons their name.

There wasn’t a single person sitting down in the 13,000 capacity venue for their last number of the single which was the best song of the night.