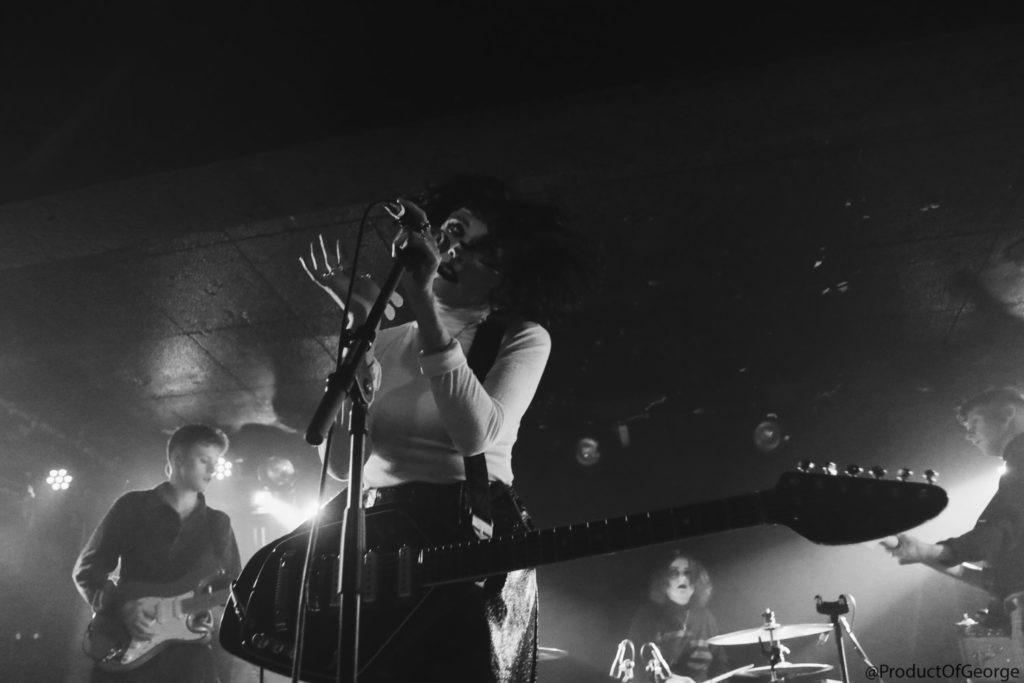 With the second support band Our Girl unable to reach the venue due to the adverse weather, the evening quickly progressed with Pale Waves coming onto a warm reception. Smoke drowned the stage as front woman Heather Baron-Gracie opened the evening with fan favourite ‘Television Romance’ which brought the crowd to life as they sang back the catchy chorus. The Manchester quartet then progressed onto ‘The Tide’, a song from their recently released debut EP All The Things I Never Said. The rousing chorus was a personal highlight as it was performed with the quality of a band that had been around for years. 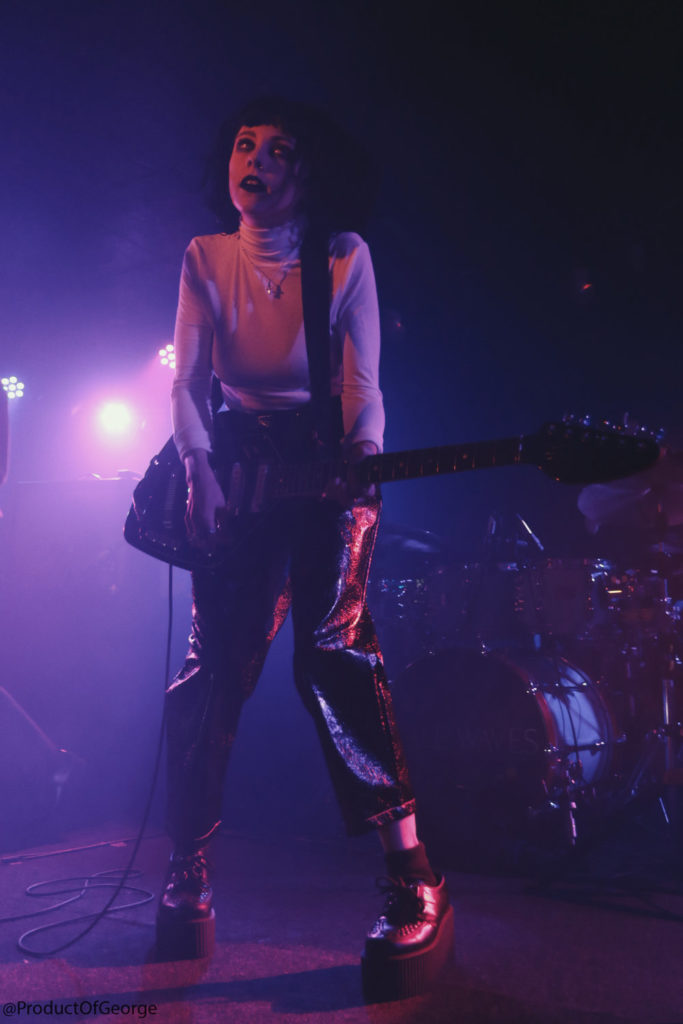 As the evening progressed the bands goth-pop sound made sure everyone in the crowd went on an emotional journey, with 80’s keyboards and hooky guitar riffs being contrasted with Baron-Gracie’s moody and angsty lyrics. The final song from the debut EP ‘Heavenly’ brought a strong reaction from the crowd, with Baron-Gracie’s slightly shy and awkward stage presence complimenting the band and their music. Photographers flocked round the stage throughout the gig trying to capture their unique style and sound that has gained them so much publicity in recent months.