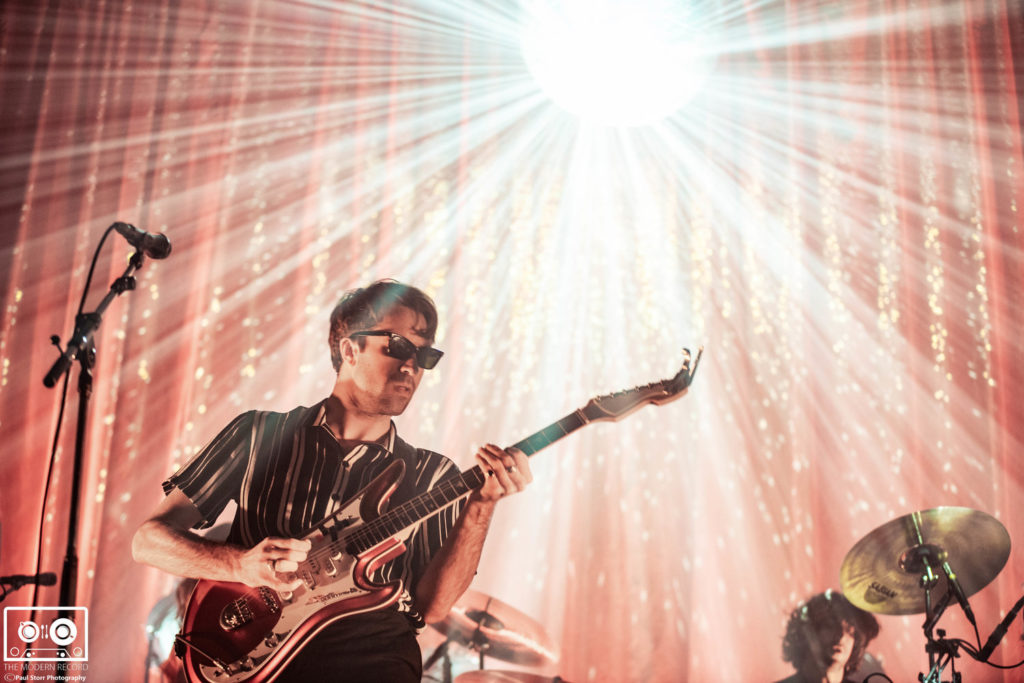 Tonight’s venue: Glasgow’s O2 Academy to catch The Vaccines in support of their recent album release Combat Sports. I don’t know too much about them apart from the tracks with radio play and a bit of research listening in my car, but I’m looking forward to it as I like what I hear.

I’m there for doors opening and it’s not a huge queue, I think I expected it to be packed in anticipation. Inside the hall is not even half way full when support act Dream Wife takes to the stage. 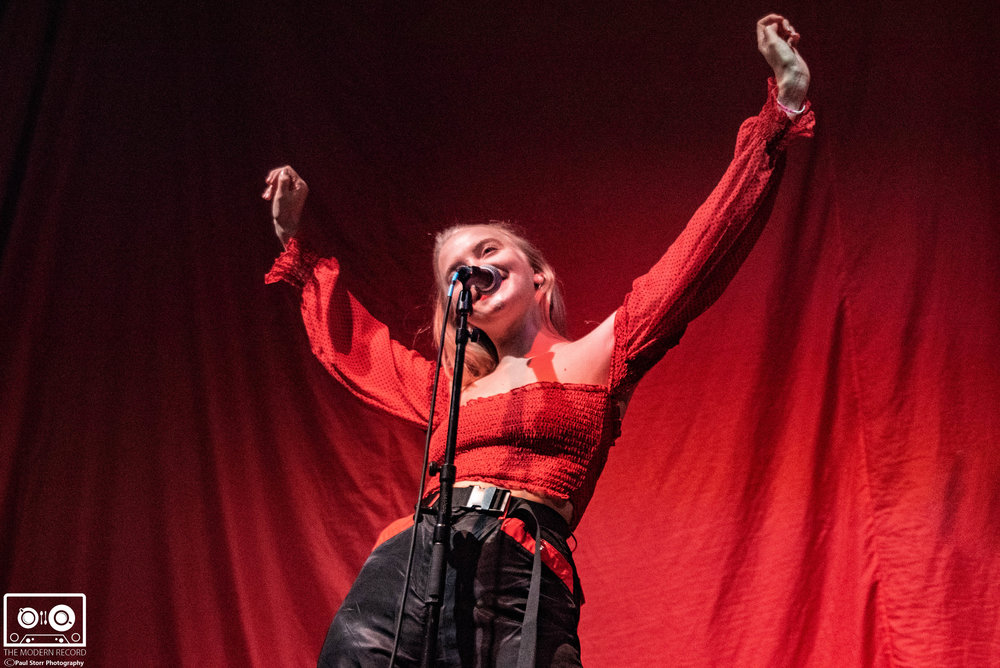 They are certainly visually eye catching with the guitarist and bassist looking very punk rock in what can only be described as retro charity shop outfits. The guitarist sporting peroxide blonde locks, cut in the shortest, fringeyest, extreme bob I think I’ve seen. The bass player has some pretty violent stage shapes and a crew cut.

The singer is very feminine and dressed in tight red top and black cargo pants with bright red pockets. Her singing is very shouty with elements of Bjork. The performance is aggressive and brash, the songs lack any hook or easy in for the casual listener, which I think I am at this point. The energy is high and they definitely have a forceful delivery, but I’m not sure the Glasgow crowd were quite ready for them. Very punk rock.

After a quick turn around on come The Vaccines, with an immediate air of nonchalant cool about them. They go straight into their set, starting with ‘Nightclub’, a track from the new album. The young crowd are into it right from the offset and the band move to play a few tracks from the previous albums: ‘Wreckin’ Bar (Ra Ra Ra)’, ‘Teenage Icon’ and ‘Dream Lover’. They follow up with a similar selection of material from those albums in ‘Wetsuit’, ‘Bad Mood’ and ’20/20′. There is no let up from the audience either, with some crowd surfing ensuing amongst the rapidly developing scrum in the centre of the standing area.

Back to Combat Sports: ‘Out On The Street’ and ‘Your Love Is My Favourite Band’ are separated by the single ‘Melody Calling’. The light show is stunning but simple and I think some of the best I’ve seen. The giant mirrorball hanging above them is just plain cool and casts a great light effect. The performance is slick and assured, with very little chat between tracks. The frontman Justin Hayward-Young is a mixture of Ricky Wilson from the Kaiser Chiefs and a young David Byrne from Talking Heads. He does a lot of pointing at the crowd but they seem to love it. 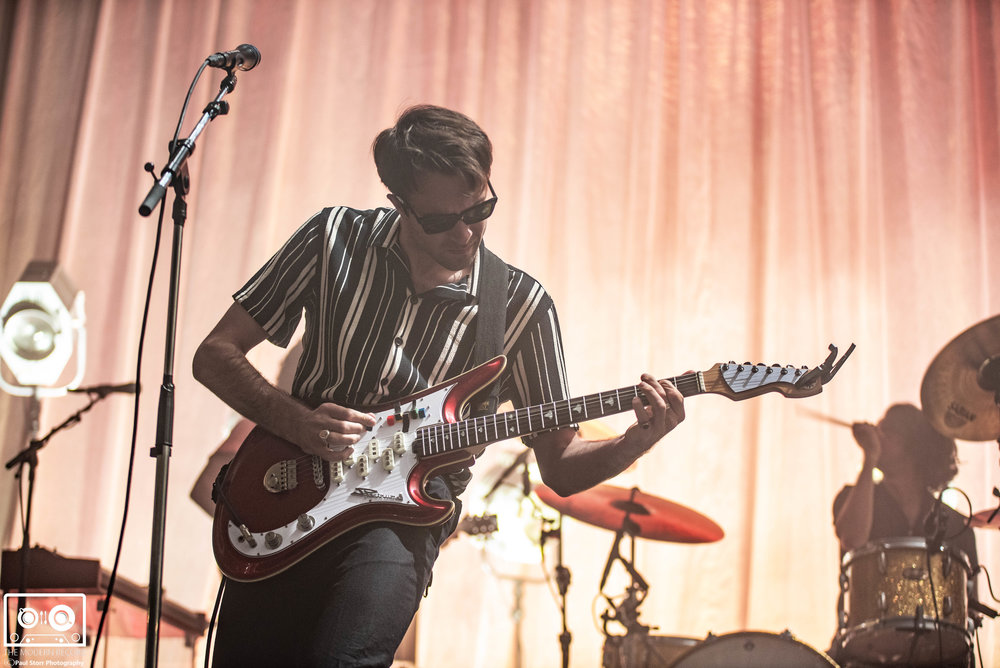 Guitar duties are covered admirably all night by Freddie Cowan, who displays more skill live than is evident on the records: there were a few blistering runs and solos which I really appreciated. Bassist Arni Arnson had a pretty easy ride as the bass parts seem pedestrian but there is a lot to be said for playing what’s right for the song.

‘Post Break-up Sex’ draws a huge crowd reaction and the subsequent tracks being played almost back to back, ‘Norgaard’ into ‘Surfing In The Sky’ and ‘A Lack Of Understanding’. There have been no real lulls in the night’s performance and this carries through the final tracks in the main set. There’s a huge rendition of ‘If You Wanna’, which is the penultimate track tonight before they close the main set with ‘I Can’t Quit’ from the new album: it is apt as the crowd chant for them not to.

The Vaccines take the stage again and play a three song encore consisting of ‘No Hope’, new track ‘Maybe (Luck Of The Draw)’, and finish the night with ‘All In White’. The Vaccines are clearly great performers of their songs and very professional in their delivery, a good gig overall.