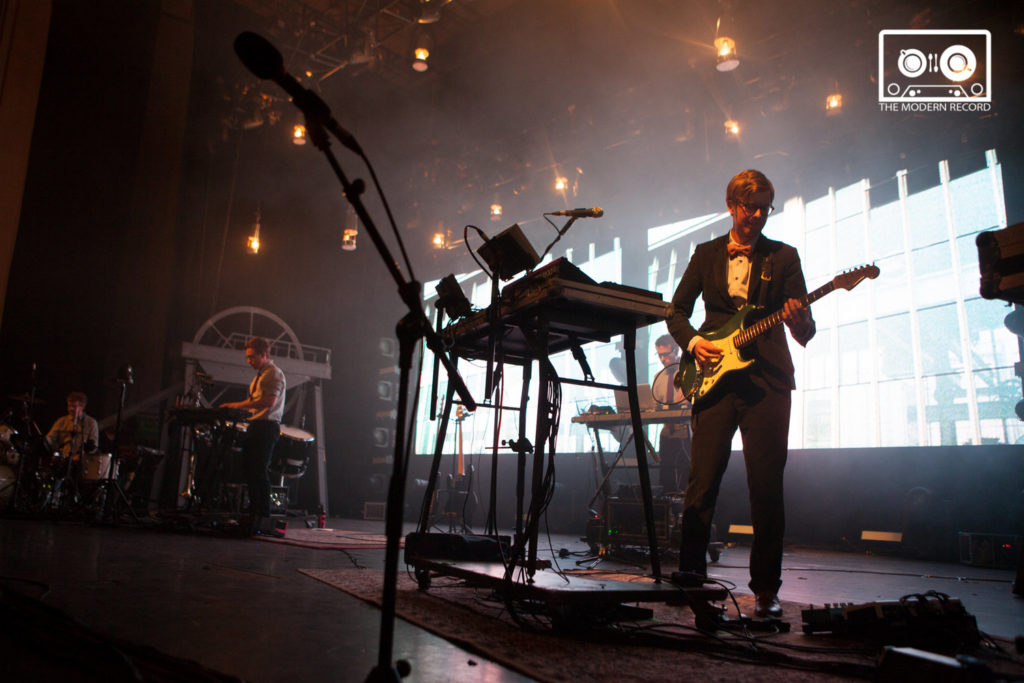 Public Service Broadcasting performed to a packed Usher Hall in Edinburgh last Saturday: where the enthusiastic audience were treated to an audio-visual journey that took them from the depths of a South Wales coal mine to the moon and back, and with a spot of time travel thrown in for good measure.

Before setting off on this epic trip, Jane Weaver eased us into launch mode with a captivating set of quirky psychedelic pop songs. Each track was delivered in her fragile, breathless vocals, backed up by swirling synths and vibrant guitar playing. The majority of the set was drawn from last year’s excellent Modern Kosmology LP with ‘The Architect’ and ‘The Lighting Back’ being the stand outs from her set. 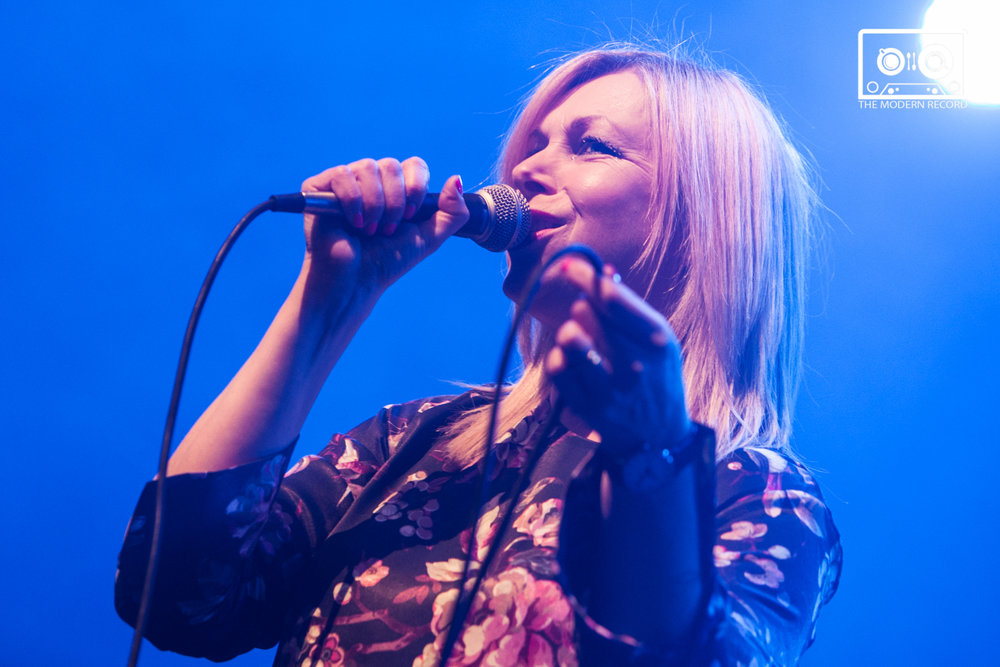 As an instrumental group, PSB are a mighty impressive live proposition – It takes much more than some digital trickery to make this happen. On this tour core members, J. Willgoose Esquire, Wrigglesworth and JF Abraham are supplemented by a fantastic brass section and live video mixer, but it’s their use of iconic samples, live instruments and archive visuals that really sets them apart. They create a sensory experience that captivates and takes you on a journey to another time and place. In the Usher Hall, the effect was stunning. Emerging on stage in near darkness, PSB introduced us into life in the Welsh Valleys with the unmistakable voice of Richard Burton saluting ‘the kings of the underworld’. It signalled the first taste of what was to come, as the huge lighting rig and walls of video screens burst into life on a stage set dominated by two pit winding towers. As it does on the LP of the same name, ‘Every Valley’ flowed through to ‘The Pit’ and ‘People will Always Need Coal’. It was a hugely poignant start.

‘Theme from PSB’ saw a change in tempo with everything turned up a few notches and from there on in the pace didn’t slow – ‘Now Generation’ was followed by one of PSB’s strongest tracks ‘Night Mail’. With the audience warmed up it was time to head for the stars with a salvo of The Race for Space era tracks “Korolev’ and ‘Valentina’.

Next it was back down to earth to revisit to the Welsh Valleys and the closest PSB get to a sing-along anthem, ‘Progress’. As the track faded, the lights on stage dimmed and a formation of miners’ lamps descended from the roof to create a more intimate ambience. ‘They Gave Me a Lamp’ allowed the audience a moment to reflect on the decline of an industry and the hardships faced by the miners and their families.

A trip round the moon with the ever uplifting ‘Go!’ was given a rapturous reception as the visuals, lights and music combined in a perfect storm of sensory overload.

As the journey neared its final destination – the encore kicked off with the visceral ‘All Out’,  followed by the disco stomp of ‘Gagarin’ – enhanced by some synchronised high five dance moves from the brass section… and a pair of break dancing cosmonauts. Having scaled the heights of live entertainment it was only appropriate that the set closed out with the classic ‘Everest’.

Not surprisingly, it took some time afterward to come back down to earth.