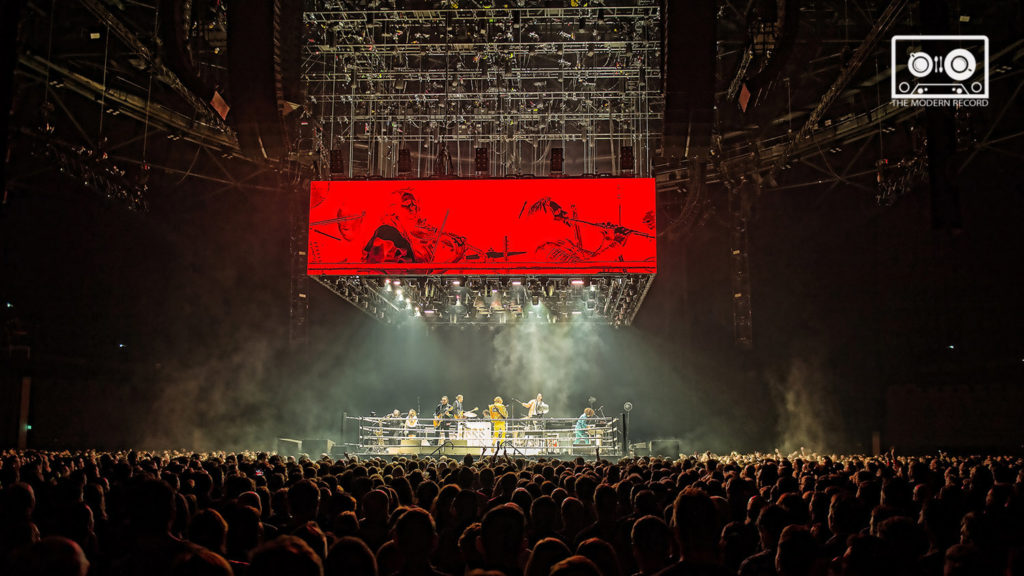 Less than a year since their last visit at the Corn Exchange in Edinburgh, Arcade Fire make a return to the other capital of Scotland: the music capital Glasgow to play the cavernous SSE Hydro, a massive cathedral of music fast becoming the premier place to play in Scotland.

Arcade Fire’s boxing ring stage, installed in the middle of the audience is surely a counterpunch aimed squarely at some of the low blows dealt by critics of their recent album Everything Now.  The show begins with the band making their way through the crowd towards the ring, high-fiving fans on the way, whilst their wrestling profiles are laid out on the imposing screens above.  As the band arrive in the ring, its clear that the first jab is going to come in the form of the already instant classic title track from Everything Now.  Without pulling any punches, the band move straight onto the unmistakable thumping intro of ‘Rebellion (Lies)’, delivered with an intensity that is carried on throughout the entire set. 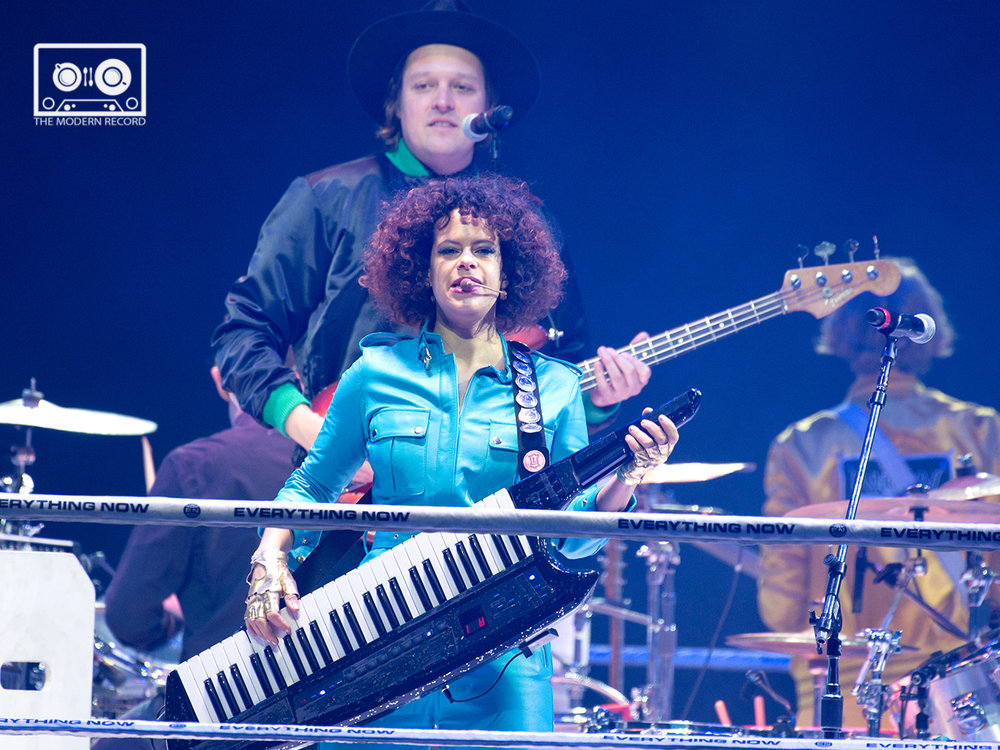 The relentless pace of the opening round is interrupted after the glittering ‘Electric Blue’ by the introduction of special guest Jim Kerr, from Simple Minds.  The audience responds warmly to a cover of their classic track ‘Don’t You (Forget About Me)’ before it’s back to the bread and butter classic; ‘Keep the Car Running’.

Arcade Fire have recently had a reputation for confiscating mobile phones from fans at the front of their gigs. But conversely tonight, fans were invited via the big screens to switch on their camera lights for ‘My Body is a Cage’, before the band proceeded to enrapture the audience with the opening track from their first album, ‘Neighborhood #1 (Tunnels)’.

The big screens then take the form of a theatre billboard for the introduction of the title track from the 2010 album The Suburbs, which is followed by the rushing, guitar heavy “Ready To Start” and the majestic ‘Sprawl II (Mountains Beyond Mountains)’, dominated by Regine who exploits every inch of the extravagant stage.  It seems like the 2010 tour all over again until the humungous disco balls arrive and the audience are teleported to the disco heavy ‘Reflektor’.

The tone then becomes more nostalgic as Win sits on the edge of the boxing ring, seemingly to connect with the audience during ‘Afterlife’. The disco theme remains with the synth heavy, stomping bass of ‘Creature Comfort’ sounding exceptional live. It makes you appreciate how even the purportedly fringe contender album that is Everything Now, still manages to have some signature Arcade Fire on offer. 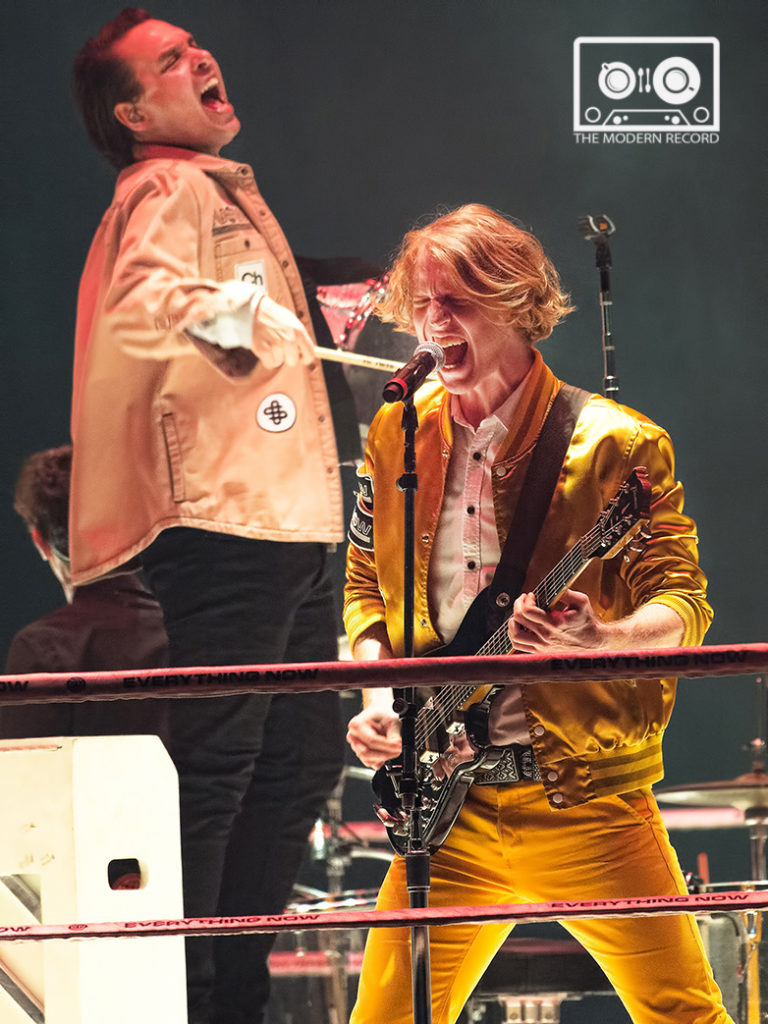 The main set is closed by the ferocious ‘Neighbourhood #3 (Power Out)’ with a little added extra at the end in the form of a few lines of the 2017 single, ‘I Give You Power’, a song released on the eve of Donald Trump’s inauguration.  This is really the only overtly political element of the set which is otherwise concerned with infinite consumerism in the media.

When the band return for the encore, the beautiful ‘We Don’t Deserve Love’ induces an almost trancelike state in the audience as Regine delicately plays percussion on an array of bottles.  Finally, The Preservation Jazz Hall band join the Montreal Rockers on stage for the knockout blow of this epic set.  The entire audience dutifully joins in with the anthemic ‘Wake Up’, before the band triumphantly make their way through the crowd to the exit. Tonight proving to detractors of their recent album, that when it comes to live shows they can go the distance.