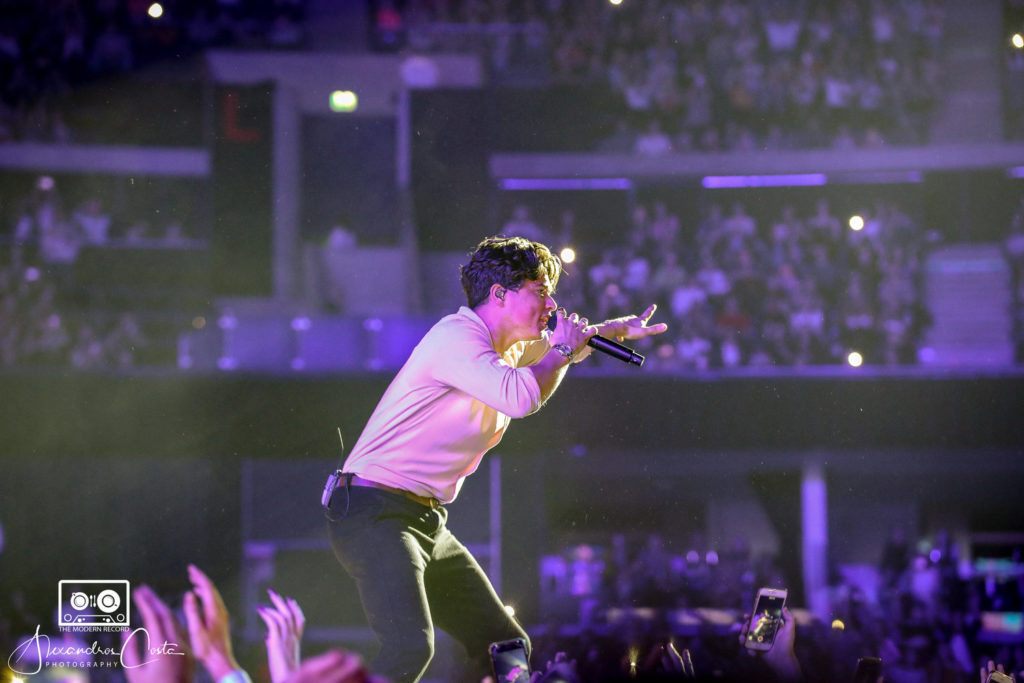 What can I say? The Vamps absolutely smashed their show at the SSE Hydro in Glasgow, playing to a nearly sold out venue! The band are currently on their Night & Day Tour, which is a complete arena tour hitting every major venue in the UK.

The band is supported on this tour by up and coming band PM who really know how to open a show, HRVY then followed after them. Then New Hope Club took the stage as main support: Jacob Sartorius, who at only fifteen years old is playing arena shows like this, which is incredible to say the least.

The Vamps opened up their set with ‘Staying Up’, appearing from the middle of the stage with a bang as sparks and flares went off, sending fans screaming with joy. The stage layout was massive, it had three large screens being used as a backdrop and one long runway nearly reaching the other end of the venue. 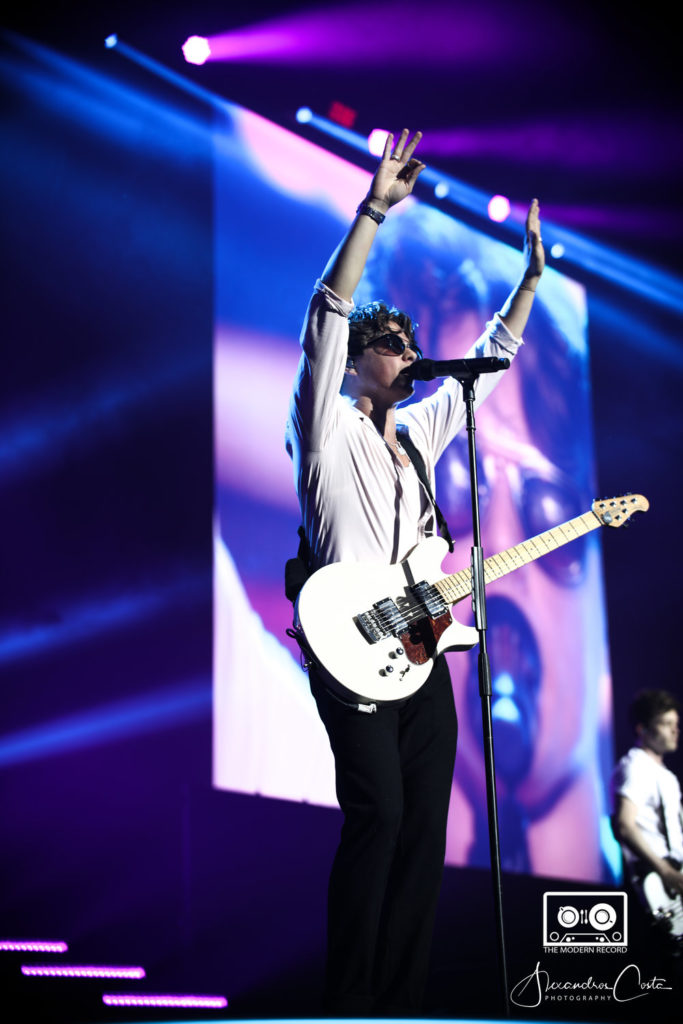 The band played hit after hit, with their fans screaming along to every word. Bradley Simpson, lead singer and frontman of the band, was covering the stage in good fashion: using the runway to interact with all the fans that pushed themselves right up against it, raising their hands in the air. 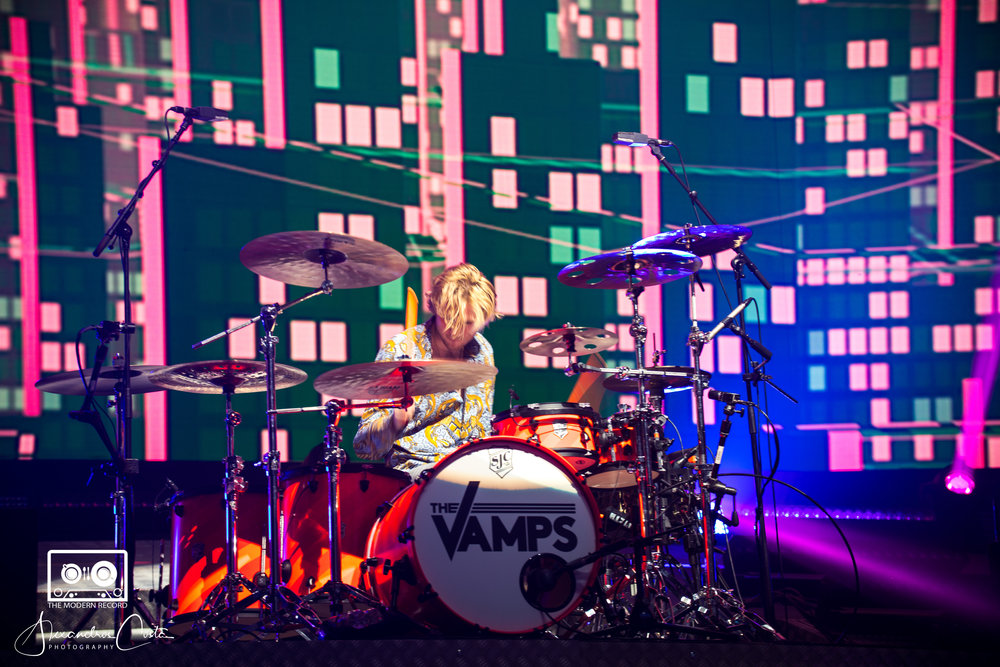 Moving into the set, the band brought out a piano to play some slower songs. Bradley
Simpson even pulled out a tartan hat to fit in with surroundings and become a honorary Scot for
the night. Maggie Linderman was also brought out as a special guest – the band playing ‘Personal’ and ‘Pretty Girl’ midset, the latter with her onstage. The energy in the venue on the night was outstanding, fans throughout the arena were having an absolute ball.

The band played a big encore with the lights going black, and then the screen suddenly
relighting as the boys re-emerged to play ‘Wake Up’, ‘Same To You’ and ‘All Night’. The
fans certainly didn’t expect this as an encore after hearing such a comprehensive set of the Vamps’ discography, consisting of 16 songs with very little talk in between songs.

All in all the concert was a big success, with not one part of it being uninteresting. From the songs, to the lights, to the performance: everything was a hit. If you haven’t seen the band perform live I highly recommend it! Even if it isn’t your style of music, the way the Vamps entertain and perform on stage is something everyone should see.