OF MICE AND MEN DELIVER HEAVY AND ENERGETIC SET AT O2 ABC, GLASGOW 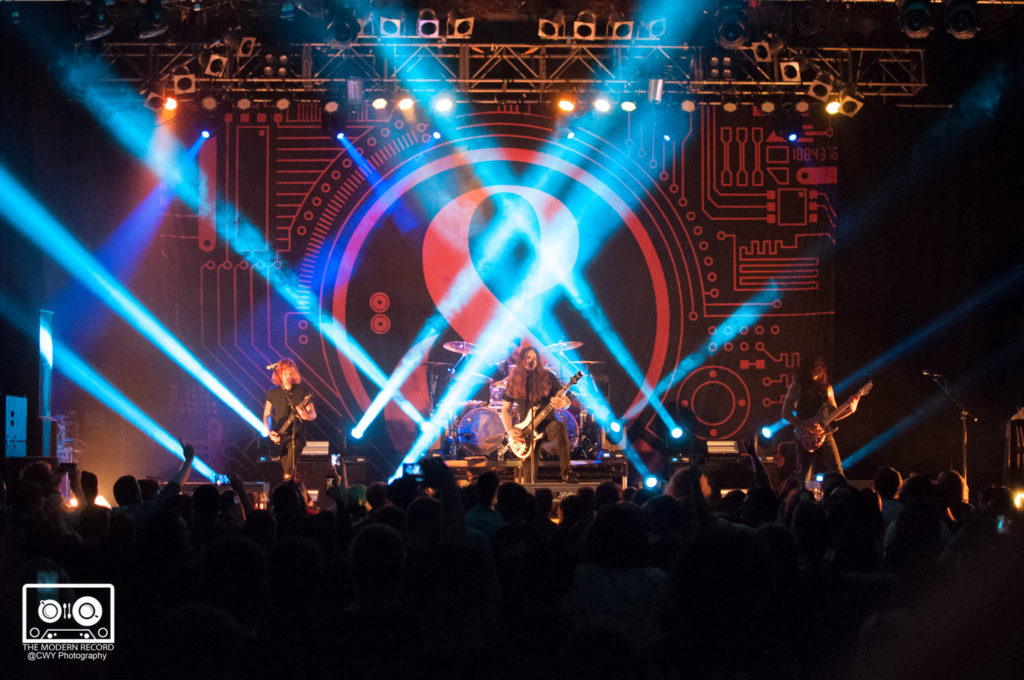 Kicking things off tonight in support of Of Mice and Men at the O2 ABC in Glasgow, are Sylar. Their front man is a absolute dynamo of energy: he runs from one side of the stage to the other constantly, and really has quite good crowd engagement. For an opening act this is high energy and just the sort of thing to get the gathered metal horde in to the mood. Their light show is particularly strobe heavy, which really made some of the show difficult to watch, it was attention grabbing though.

The stand out performance here is the drummer – he is phenomenal, the drum sound is large with a flat sounding snare crack which is really effective. He pounds away whilst head banging an along and it’s delivered with a bravado and confidence which makes him the beating heart of this band. The more melodic lines are picked up by one of the guitarists and there are some good choruses, they just need a bit more of a hook for me. Fantastic opener, and it is a pity the room is below half full to see them. 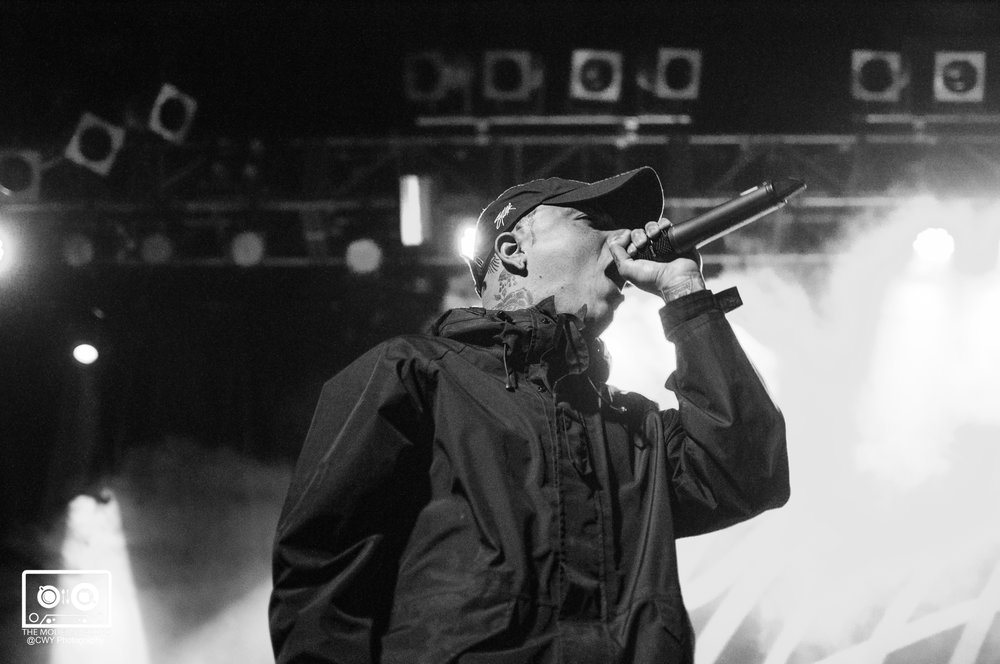 The venue’s background music, both before the supports came on and between the bands, is strange to say the least. 80’s pop does not seem to be the style that would most suit the people in attendance! The turn around between acts was fairly quick and the room has filled up a little but is still a quieter than I would have expected.

Second support are Wage War, and there is more of a crowd reaction for these guys right from the beginning of their set with a mosh pit forming during the first track. The light show for these guys is better than Sylar’s, but again it’s strobe heavy. The lead singer’s vocal is good and works quite well with the rhythm guitarists who provides strong backing vocal and some key lead lines.

The crowd interaction is good, with the band really amping up the intensity: at one point getting the crowd to split down the middle and pull back to each side of the room and run at each other on his command. The crowd love it and it looks quite dangerous in the pit. The band are very good in general, the lead guitarist firing off some shredding and tapping riffs. All in all the two support acts are well received and put on a great show getting the crowd up for the main act as they should. 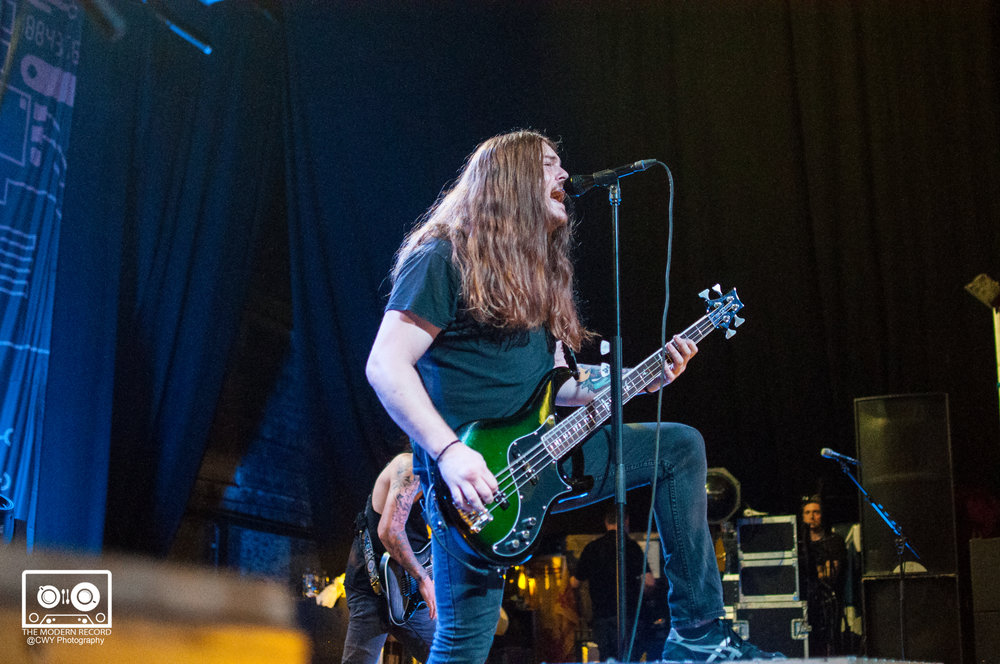 When the stage is set for Of Mice and Men to begin, it’s sparse up there – the drums are on a riser with LED lights inside the perspex kit (nice touch), with a couple of platforms down near the front of the stage with some lighting  rigs, and a backing showing the cover of their most recent album, Defy. Notably, there are no amplifiers on stage.

Suddenly it’s dark, and there is an electrical cracking sound as the lights build up to blinding intensity and then blackness again, and we are into the first track. Great entrance. The performance is slick, business like and intense: they go from song to song with no chat which is more noticeable due the interaction shown by their support acts. The lights are immense, which really intensifies the mood. The barely three quarters full O2 ABC crowd needed little encouragement throughout the set, although I thought that the band could have done more to engage. There was some more interaction later in the set and some shouting of “Glasgow!” but not much more.

They go off upon conclusion of the main set, and get chanted back to the stage for their encore, Right at the start of the encore the first real crowd interaction appears! As frontman Aaron Pauley commands the crowd to hunker down (which almost everybody does), he then tells them to only come up and jump around on his signal. The crowd wait until the given signal and then go daft, pogoing all over the place.

This wasn’t my kind of music, perhaps just a bit too heavy and when I heard the Defy album I thought it was a but out of my style. But I do have to say it really translated well into a live performance. A good gig with great sound and a really involved light show. The main act lacked some stage craft in terms of crowd engagement, but what they lacked in that department they made up for in straight up metal performance.