GLASWEGIAN THRASH METALLERS BLEED FROM WITHIN BRING THEIR ERA TOUR TO ST. LUKE’S 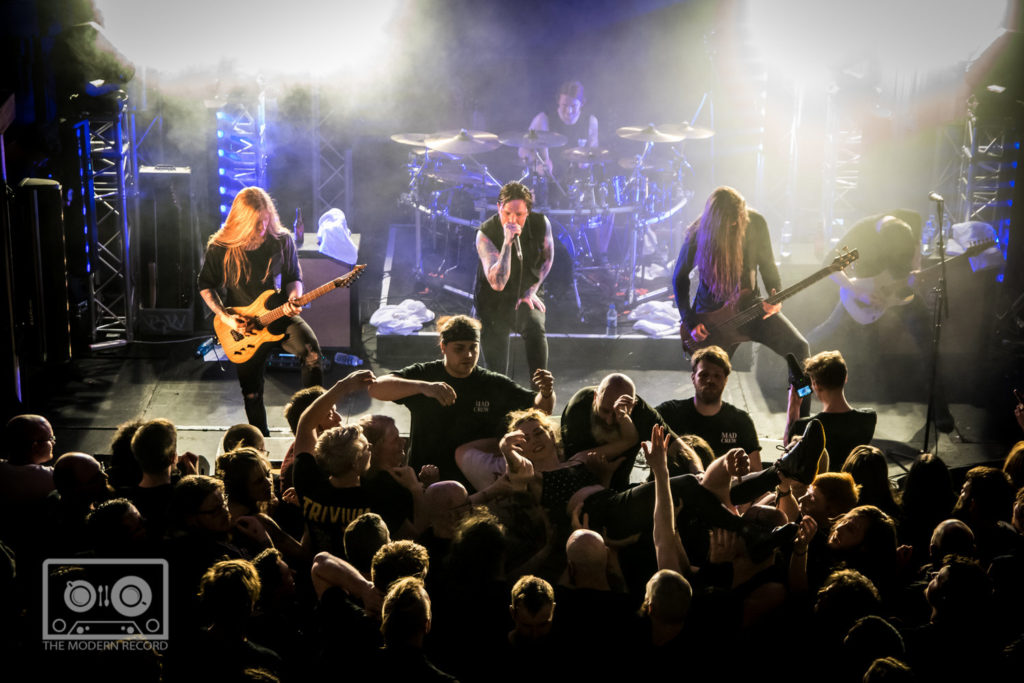 Leaving the crowd begging for more, Hamilton-based thrash metal band Bleed From Within brought their tour to St. Luke’s last Friday night. This three date tour to promote the bands fourth album Era comprised dates in London and Manchester, climaxing with this Glasgow show. Supported by Perpetua and Dyscarnate, Bleed From Within took to the stage just after 9 and for the next 90 minutes, rocked the old church to its core! 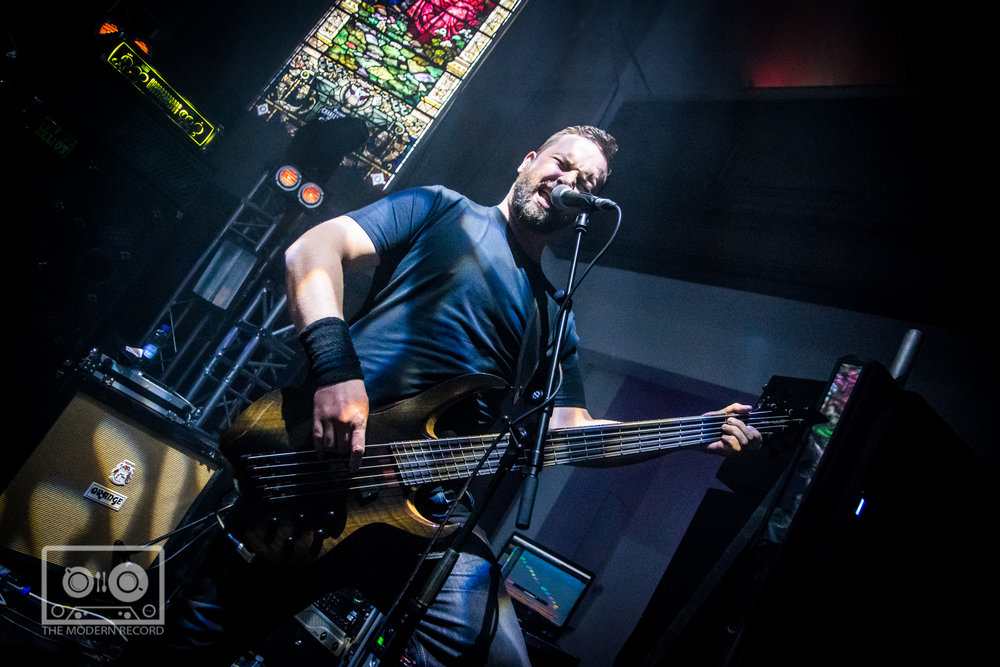 Starting off the night with ‘Clarity’ and ‘Crown of Misery’ from the latest record, the crowd were already primed and raring to go and the guys in the pit were ready for the many crowd surfers that followed. ‘Afterlife’, ‘Cast Down’, ‘Alone In The Sun’, and ‘Shiver’ all followed from Era, interspersed with tracks from their 2013 release Uprising.

The latest incarnation of the band includes Scott Kennedy on vocals, Ali Richardson on drums, Davie Provan on bass and Craig Gowans & Steven Jones on guitars.  The influence of bands like Slipknot and Pantera is obvious as they blitz their way thru this evenings setlist, power from the guitars, thumping bass and growling vocals from Kennedy. 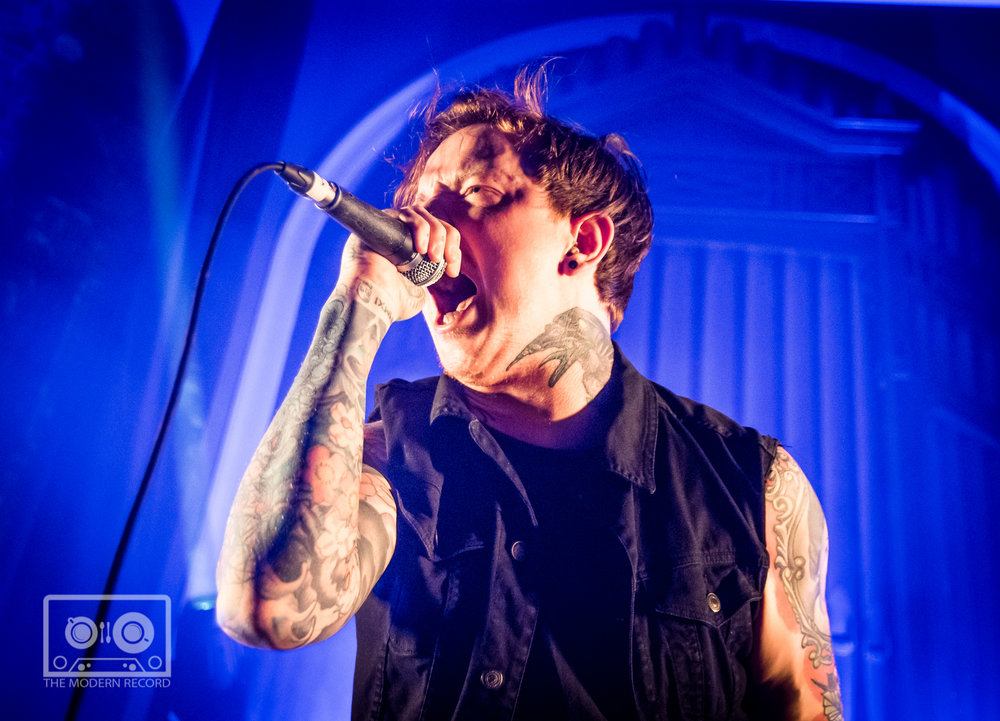 The band finished with an encore of ‘Leech’, from the Uprising album, and the crowd filtered out -hot, sweaty and happy.  Fans of this type of metal could have no complaints with the three bands on show this evening: Bleed From Within the obvious highlight, and a band in demand.  I’m sure on their return to the city, it’ll be bigger and better venues they will fill.
Previous