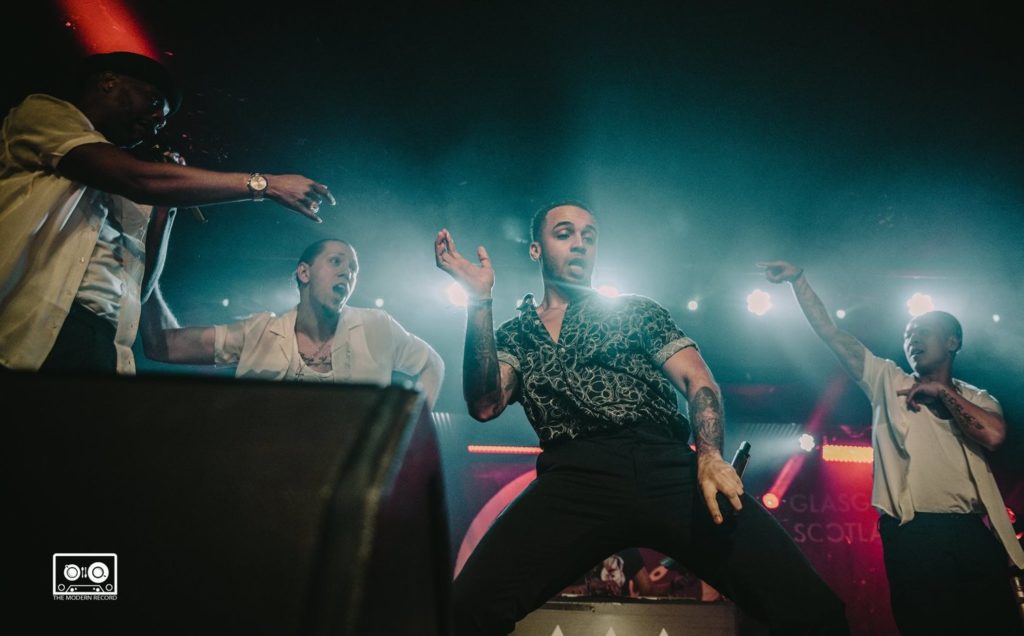 First up was American artist Ryno, who is described as ‘Electric Indie Pop’ and came all the way from New York City.  Only having 20 minutes to perform, he warmed the crowd up (which was already pretty full) by singing a few well-known covers as well as his own stuff. Even though there wasn’t much interaction from the crowd, he still powered through his set, showing how much he was enjoying performing to the Glasgow audience.

Next up came another American singer, Jack Vandervelde. This time Jack took to the stage with just his guitar although this did not temper the audience’s reaction to him, with the crowd cheering and clapping as he entered the stage. Jack sang a lot of well-known covers mashed together, which got everyone pumped up for the main act to follow.

Finally, it was time to prepare for Aston himself to enter the stage. DJ3D warmed up the crowd with one of Aston’s dancers, playing the latest hits from the charts and dancing around the stage for the 10 minutes before Aston was due to come on. With the crowd entertained from the previous acts and majority of them sporting Aston Merrygold merchandise, it was obvious they were excited and ready for him to enter the stage. The music slowed and got louder, before a countdown from 10 began and Aston entered the stage. Of course, like expected the crowd went wild. On came his 3 dancers and the 4 of them began to dance to a thought out choreographed routine with DJ3D still on stage playing backing tracks for Aston to perform to. 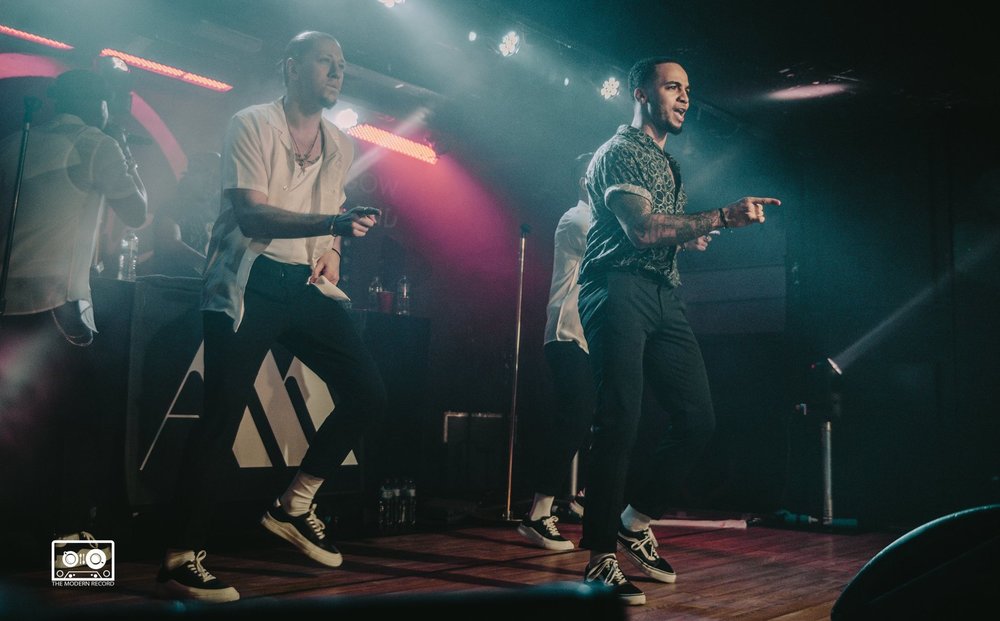 Being a JLS fan previously it was strange seeing him perform on his own. Although there was a lot of backing music to his performance, it didn’t damper it in any way: you could still hear his unique voice morphing through the different tones of each song, showing just how powerful his voice is. Aston performed covers alongside his own songs, one which was his 2015 single ‘Get Stupid’ which features in the new Samsung advert promoting the new Samsung S9 mobile phone. Half way through the set he slowed it down and played an intimate song of his called ‘Rest of My Life’, that he wrote and dedicated to his baby son. Encouraging the crowd to take part and sing along to the chorus, they of course obliged him.

He brought the atmosphere up again by trying his best at a Glaswegian accent (which was actually better than expected) that had the crowd laughing and beginning to chant Scottish slang as well as the famous Scottish song ‘You Canny Shove Your Granny Off A Bus’. Towards the end of his set he announced that it has been 10 years since JLS auditioned for The X Factor. Of course, that lead to him performing some of JLS’s best hits which the crowd clearly loved as he stood on the stage listening to the full crowd sing back every word of their number 1 hit ‘Beat Again’.

It’s very obvious that Aston has a pure talent for performing as he entertained the crowd throughout the whole set. In-between songs he would thank the crowd and the crowd would chant his name, proving how much he is loved even without the boys in JLS.