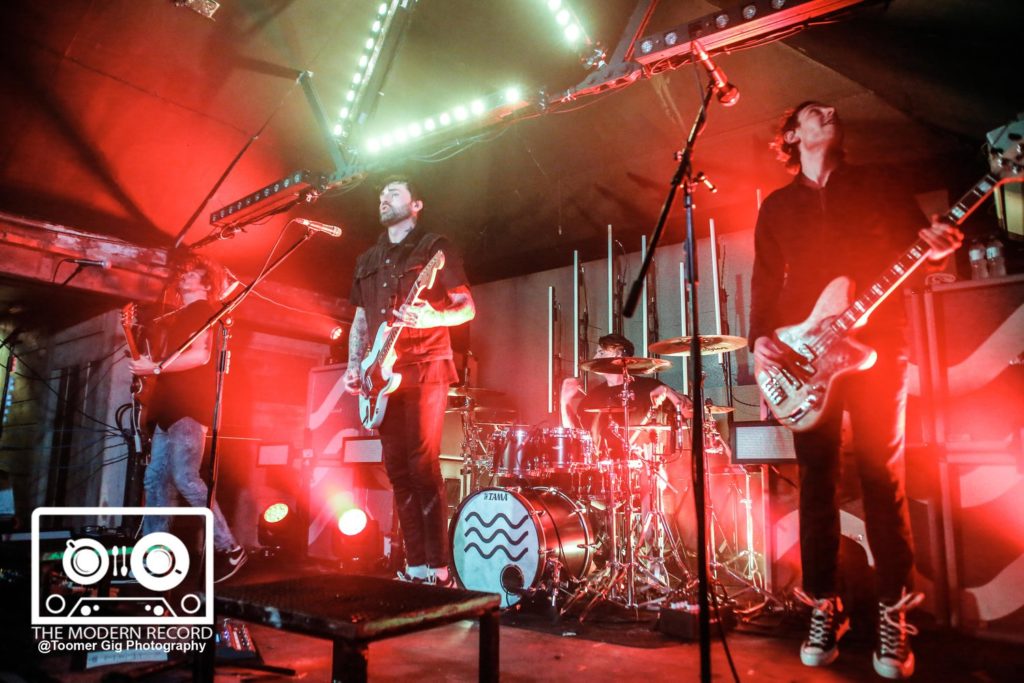 A queue down the street to get in, queues for the bar and the toilets was absolutely worth it to see a packed-out venue for the first band on shows what a brilliant 3 band line-up we were in for. The room was hot, sweaty, buzzing ready to rock right from the beginning.

First up was The Faim – a band I had never heard of, but they certainly came out and made an impression on myself and a lot of the audience. I overheard a number of people saying “who are they? They are amazing!”, which to me perfectly sums them up. However, they certainly didn’t look like rookies. Each member had character and charisma on the stage that drew your eye while your ears were filled with catchy tunes that make you want to bounce. Try and catch them at Slam Dunk Festival or at Download this year, they really are worth heading over to see! 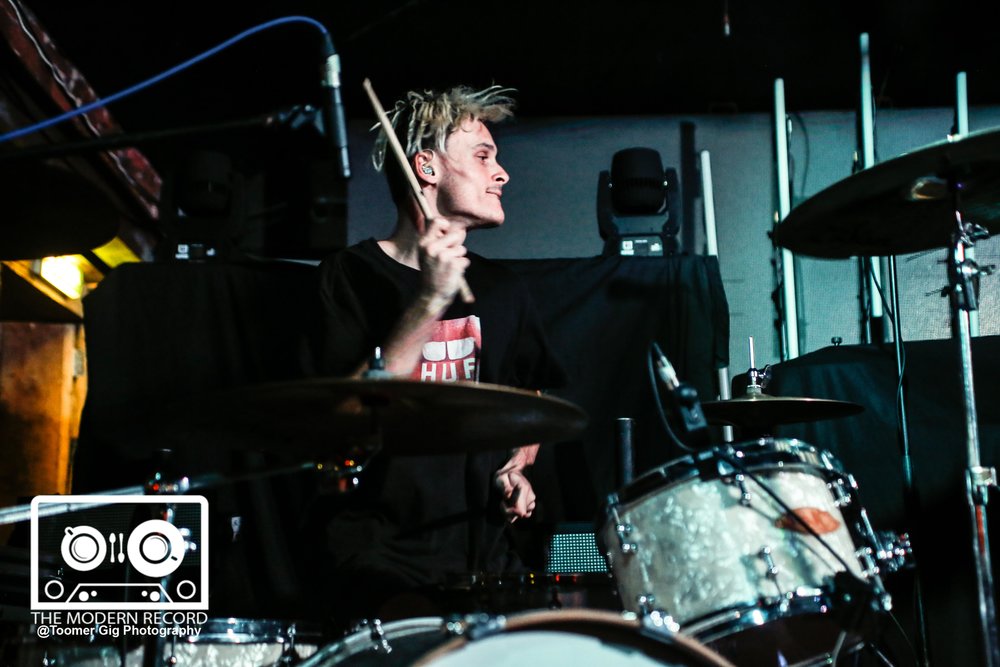 Second on the bill were Boston Manor, a pop punk band from Blackpool who sing with their heart on their sleeve. Performing a number of songs from their first full album Be Nothing that was released last year they performed with passion and intensity. There were a number of fans in the audience who clearly knew every word to every song and sang along with the same fury and feeling they could see on stage. This was where we saw the first of tonight’s crowd surfers, they were the perfect band to get the audience riled up and ready. Boston Manor really manage to draw a perfect line and balance the pop and punk within their music – check out “Broken Glass” which was one of my favourites from their set. 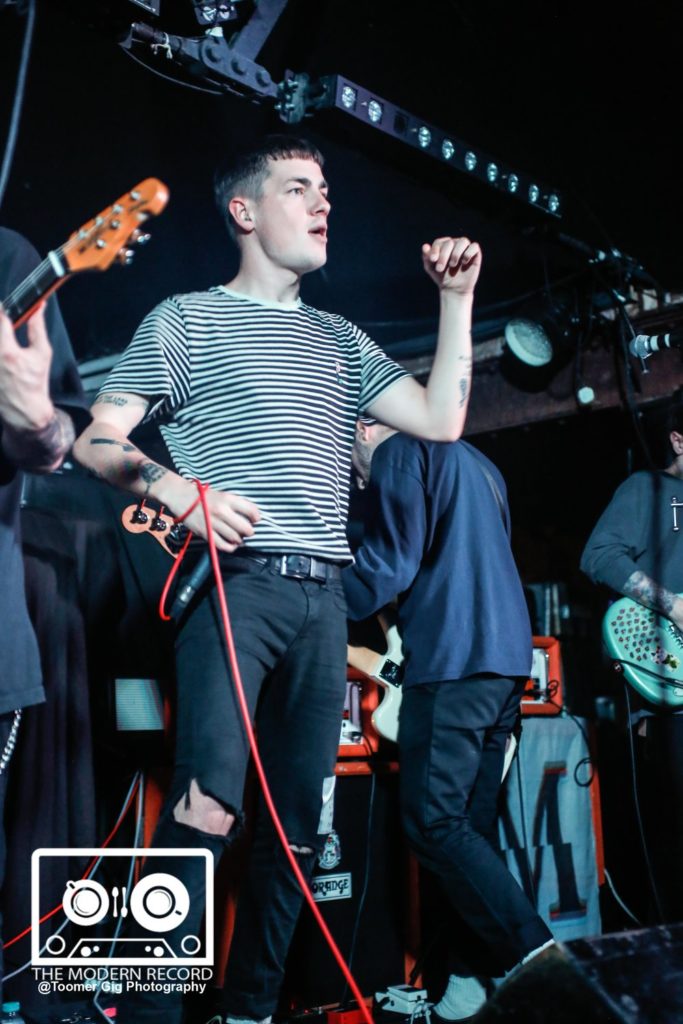 Finally, out came the headline act for the night. Not many bands could come out after two such fantastic support band and still have the wow factor but Lower than Atlantis certainly do. It was great to see such a big band play a much smaller and intimate venue and it definitely made it more special for the fans.

Opening with “Had Enough” from their most recent album Safe in Sound lit them and the crowd on fire, and built them up until they played “Emily”, one of their biggest and well-loved hits. Mosh pits, circles, crowd surfing and some quite acoustic sit-down time made this a feast for all the senses. The lead singer Mike Duce is a commanding performer that has the crowd wrapped around his little finger, and what Mike says goes….. even if he tells the crowd to sit on the sweaty sticky floor! It’s safe to say that everyone, including the band had an amazing time and proved that LTA are a live band worth seeing. Check them out at Slam Dunk Festival in Leeds on May 26th.