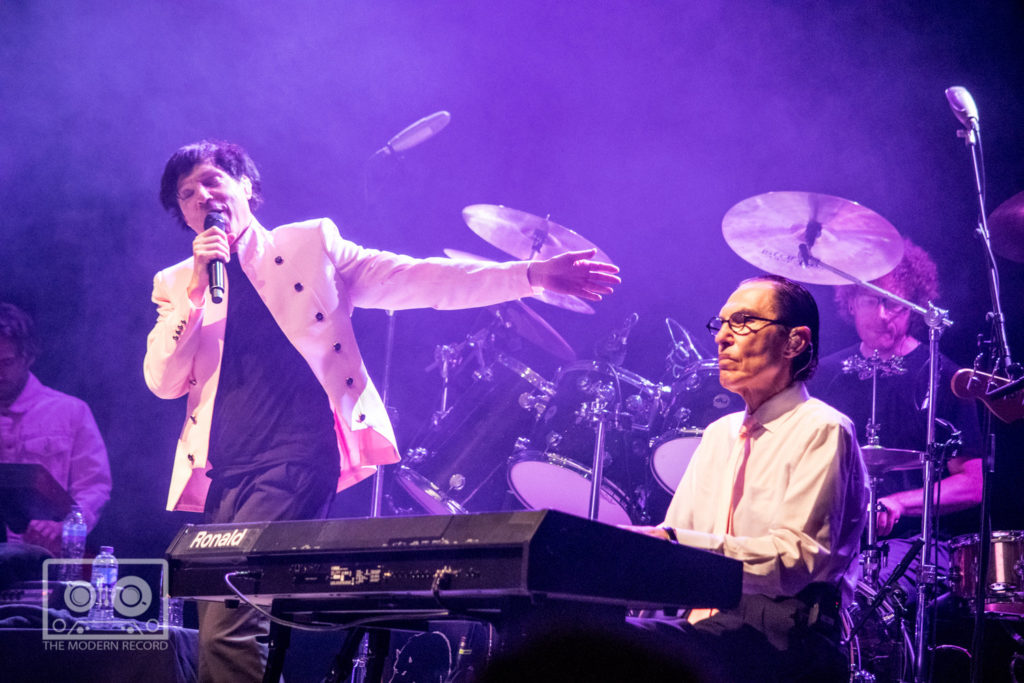 Brothers Russell and Ron Mael are Sparks, and backed by their band they kicked off their 2018 European tour in Glasgow, to a packed crowd at the O2 Academy.

From the first note of the set, Russell bounds around the stage with an energy some front men half his age would be proud of.  Vocally and musically the years have not diminished the band’s talents, and they sound as good now as they did since breaking through in the early ’70s. Brother Ron still sports the infamous deathly stare and thin moustache, from behind the comforts of his keyboard, which he continues to play with very little excursion, yet producing the perfect complement to his brother’s vocals. 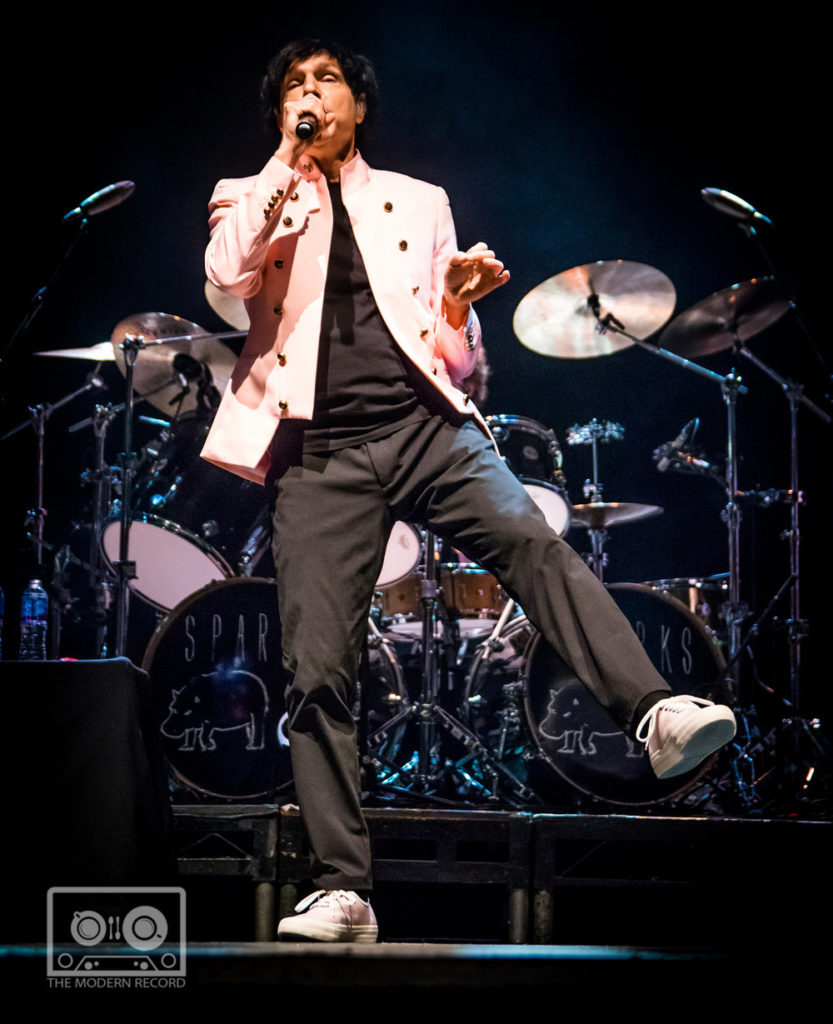 Playing a set comprising mainly tracks from their most recent album release Hippopotamus, they also covered tracks from an extensive back catalogue of over 25 studio albums.  Their eccentricity has not faded one bit, yet the sold out crowd – young and old – lapped up every second of the 90 minutes of mirth and madness.

Starting off with ‘What The Hell Is It This Time’, the crowd were on their toes from the off. ‘Probably Nothing’, ‘Missionary Position’, ‘Hippopotamus’, and ‘Dick Around’ all followed, well received by the most ardent fans of the band. The end of the main set though, provided the main music most came to hear.  The 1994 single which reintroduced them to the UK top 40 ‘When Do I Get To Sing My Way’ was followed by ‘Number One Song In Heaven’, featuring the mid song compulsory dancing of Ron, temporarily freed from the confines of his keyboard. ‘This Town Ain’t Big Enough For the Both Of Us’ came next and brought the house down, the 1974 number two single still a big favourite of many of this evening’s punters. 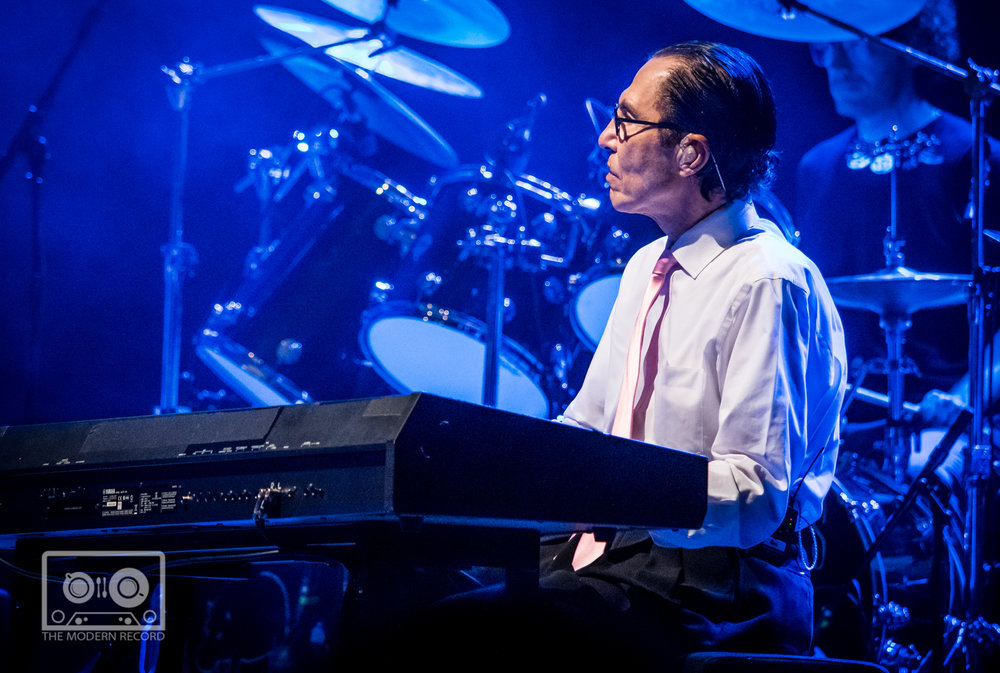 After a short interval the evening closed with ‘Change’, ‘Amateur Hour’ and ‘Suburban Homeboy’, the band took their bows and the hot and sweaty crowd mingled from the venue to the cooler temperatures of the Glasgow spring evening.

Sparks are one of those bands who seem to come and go.  They have a popular period, then fade away, come back in a few years then fade again. Yet they continue to develop new music and work away when not in the public limelight – tonight in Glasgow it was as if they’d never left.  Musically as good as they’ve ever been and the same Sparks we all know and love. A great evening’s entertainment, with a band on top form.