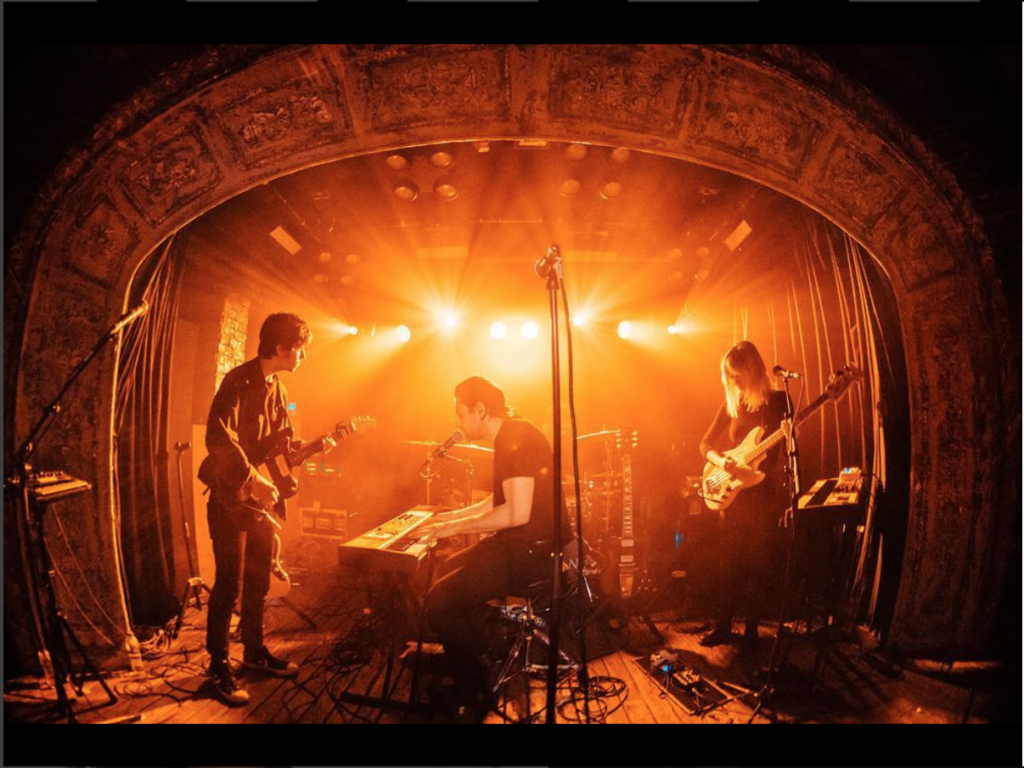 Gracing the stage for two nights at London’s Omeara venue were alternative indie band Lo Moon, in support of their self-titled debut album released back in February via Columbia Records. Support for the evening fell down to Boniface, hailing from Winnipeg, Canada. The quartet were clearly gracious for the positive reception they received from the London crowd, their quirky alt-pop tunes sounding impressive on the live stage.

The hour-long set that followed was a euphoric and explorative journey through all that Lo Moon have to offer. The trio played their debut album in full, with an atmospheric, yet haunting cover of the Prefab Sprout track ‘Bonny’ to contrast. Opener ‘This Is It’ immediately set the tone: Matt Lowell’s melancholic vocals and piano supported by a thunderous, urgent rhythm section provided by Cristanta Baker and Sam Stewart, with washed-over synthesizers and guitars to complement further. All of the following cuts are just as enchanting – from the mellow and ambient ‘Camouflage’, to bombastic set closer ‘Real Love’. After the obligatory off-stage excursion at the close of the main set, Matt Lowell returned to play ‘All In’ solo on piano, before being rejoined by the rest of the band for their debut single ‘Loveless’, a wholly epic and cinematic track that truly shakes you to the core in a live context.

The musicianship on display was outstanding, the blend of electronics and live instruments melding perfectly to form Lo Moon’s dreamy pop sound. Of particular note were the seamless segueing between songs, which for the most part were beautifully executed. This did limit audience participation to Matt Lowell thanking the crowd every once in a while, but given the understated nature of their music this was no oversight.

Where the studio recordings are constrained by the limits of a physical medium, live they are taken to another, higher level: despite the intricacies of translating their sound into something workable live, the band have truly nailed it. It’s not often that a gig brings you to the point of stunned silence, I tell you.