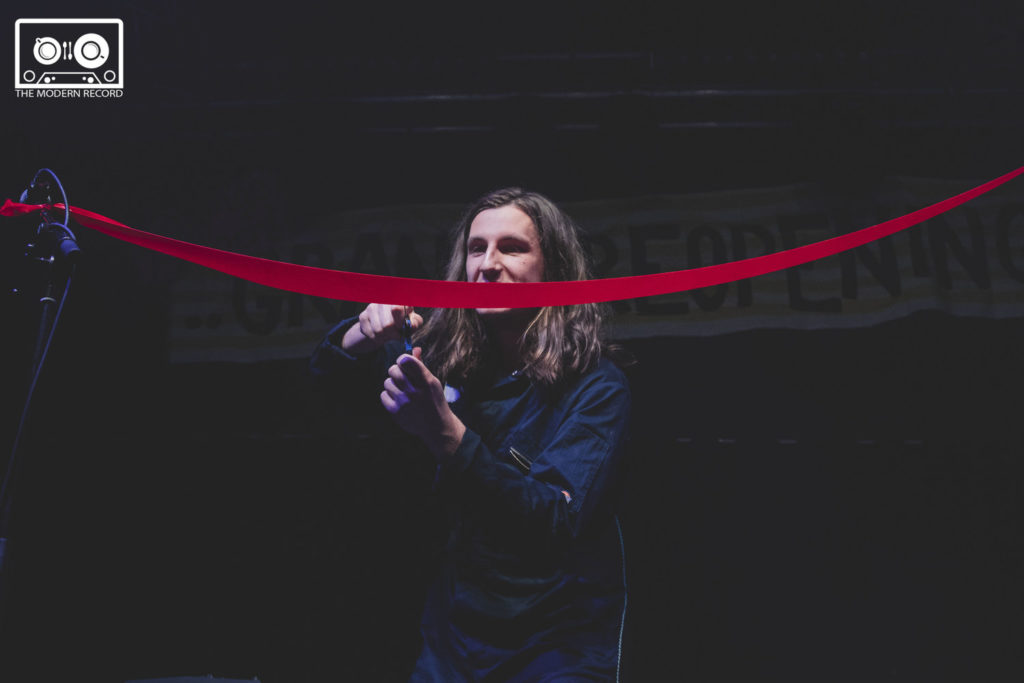 Midway through an 8-date tour, Drenge arrive in Glasgow ready to deliver. Prior sold out shows include Brighton and Manchester, the band make their only Scottish stopover to reinstate themselves at the forefront of the British Alt-Rock music scene. The three-piece consist of brothers Eoin and Rory Loveless and Rob Graham but together, performing with a session bassist on tour, pack a rather understated and hefty punch.

Something tells us were in for as treat as we see crew members arrive after Kagoule finish their closing song with great reception from the eager crowd. Renovating the stage, donning painting overalls and tool belts the crew are on the job. All is made clear when a we catch a glimpse of a rag sign hanging high above; ‘Grand Reopening’. A red ribbon is hoisted between two microphones and hangs across the front of the stage. Ready. 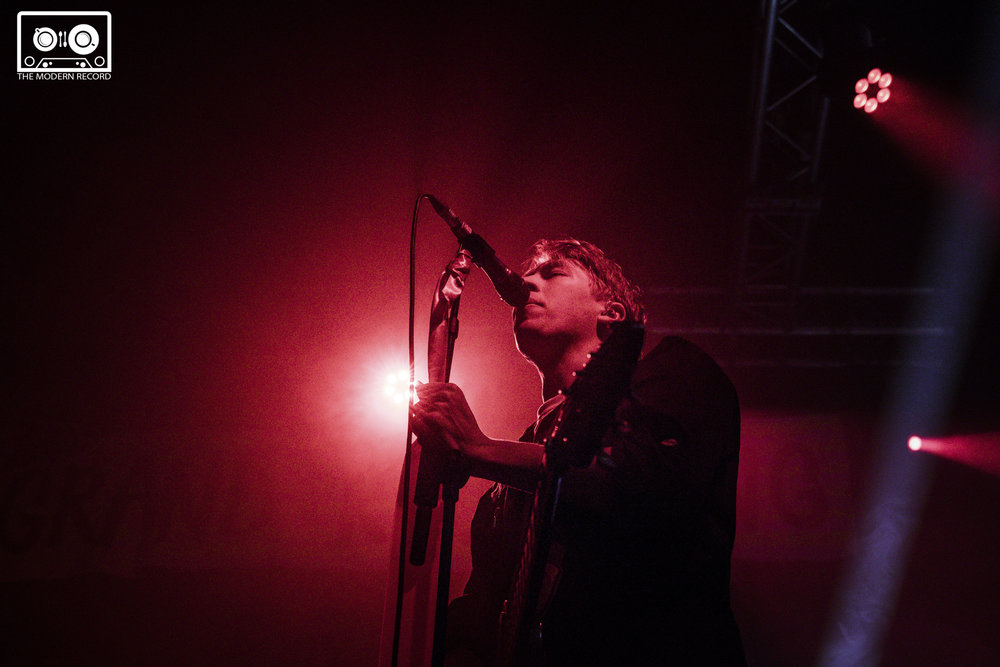 The boys take their places to the opening tune of Eastenders rattling through the room. Rory reveals a pair of scissors and launches the show with a comical cut of the ribbon and they transition seamlessly into their first song; an energetic and full sound with a vocal commentary from Eoin as he grabs the audience’s attention with two hands and doesn’t let go for the next hour and some.

A well rehearsed and polished act, the tone was set from the start and never faltered throughout the entire duration of the show. The band maintained a strong level of musicianship with consistent backing vocals from Rory on drums all while holding the driving songs together with powerful rhythms. This continued through Rob’s multi-instrumentalism stage right; providing a colour to song after song with his gleaming tones from both lead guitar and keyboard. Purveying professionalism, deliberation and melody that kept the crowd captivated throughout, Eoin led the stage.

A great show at a venue very fitting for the style of the band, everything just seemed to work as though they had never left. Drenge made an impressive return to the limelight. Not to be missed when they next return to Glasgow!