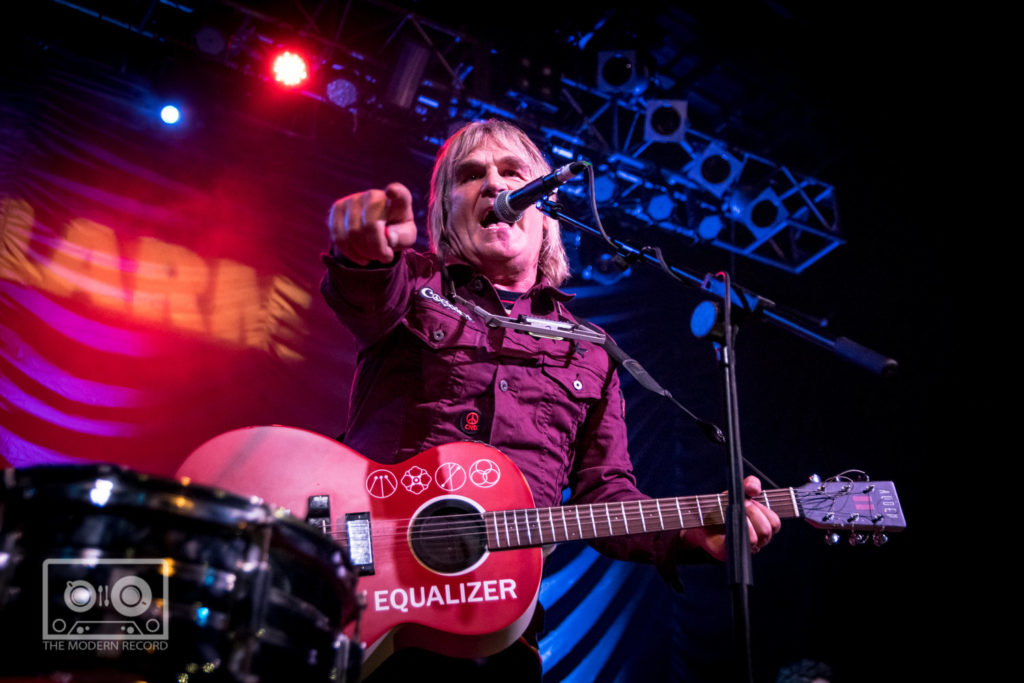 The Alarm is far removed from the band’s original line up from way back in the day which included the evening’s support act Dave Sharp on guitars.  He warmed the crowd up nicely with a 45 minute set of his own work, very similar in fashion to Bob Dylan. 1 man, 1 acoustic guitar and a mouth organ.  Sharp finished his set, was warmly received and he made way to clear the stage for the main band of the evening. 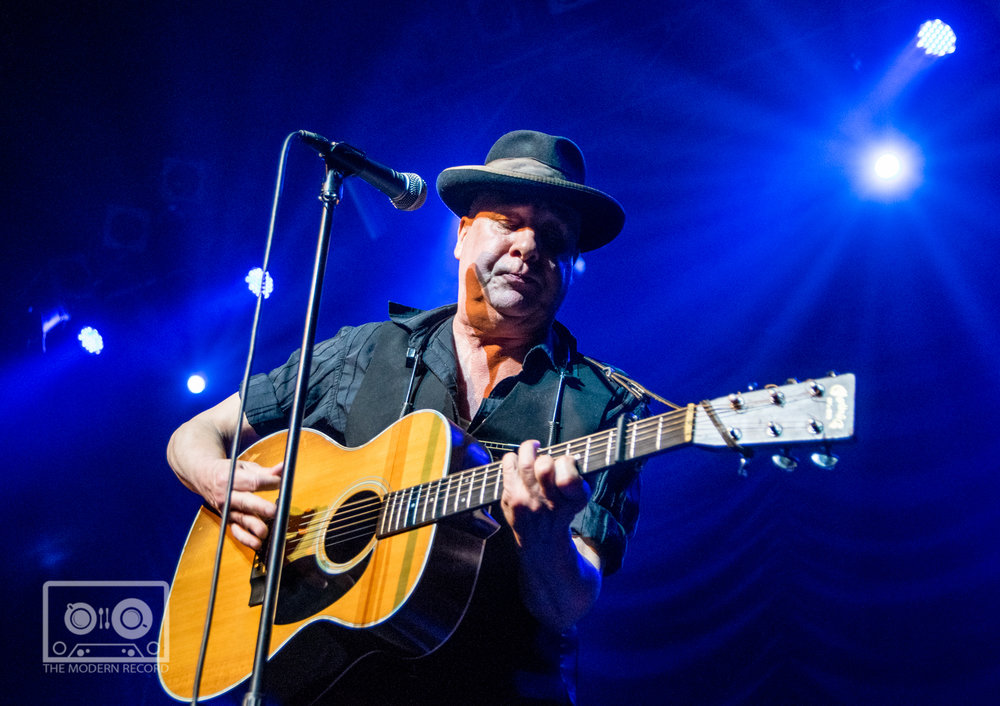 The Alarm were formed in 1981 with Mike Peters on vocals, Dave Sharp on guitar, Eddie MacDonald on bass and Nigel Twist on drums.  The band have seen many incarnations of the line up, currently they have James Stevenson on bass, Steve Barnard on drums and on keyboards there is Jules Peters, Mike’s wife, joining him on stage.

The setlist on the night included many of the Alarms big hits and well known tracks, starting off with Declaration and Marching On, followed by Where Were You Hiding When The Storm Broke.  The song includes the line ‘all cards are marked and all fates will collide’, prompting Peters to launch a pack of playing cards in the air towards the audience, causing an almighty scuffle to grab one!! 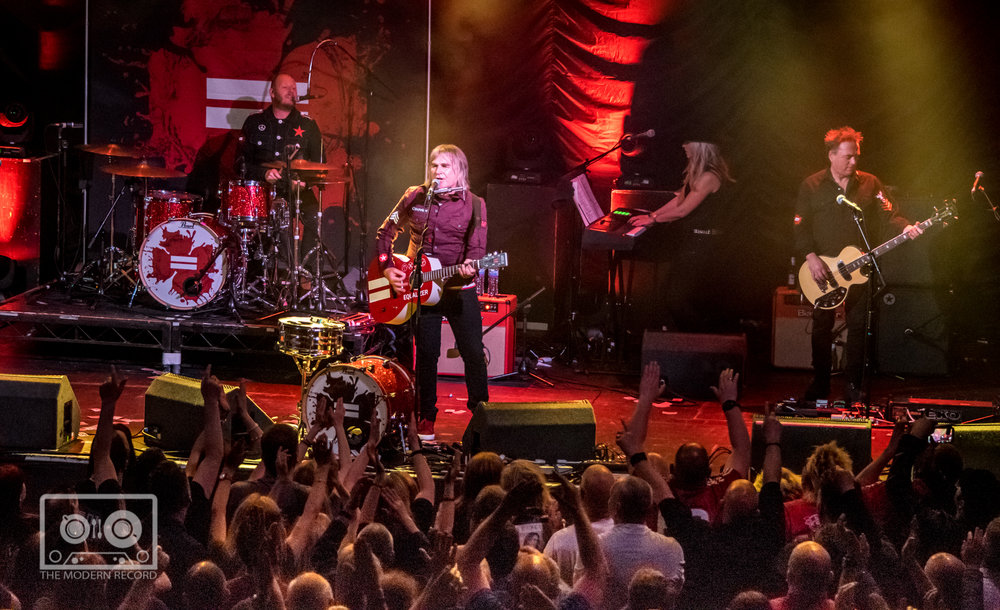 The evening continued, Absolute Reality, Blaze Of Glory, Rain In The Summertime all followed, with the crowd word perfect in singing along with their heroes.  A rousing, rocking version of the bands biggest hit ended the evening. 68 Guns was originally released in 1983 and gave the band their highest chart placing to date, failing at 17 In the UK charts.   On completion of the song, the band left the stage for a short break before the encore.   Neutral, Strength and Two Rivers, and the evening was over.

The Alarm has gathered a fairly loyal following over the years, and tonight in Glasgow was more proof that even through the years are rolling on, if Mike Peters plays then the Scottish crowd will follow. This was a great evening, Peters has lost none of his enthusiasm or effort, and this reflects on the crowd, meaning it doesn’t take much to get them going either.  Often bracketed alongside the likes of Big Country, U2 and Simple Minds, The Alarm are always good for a punch the air singalong, tonight being no exception.  Peters is on great form and nicely supported by the experienced Stevenson and Barnard.  Great stuff from the veteran rockers.