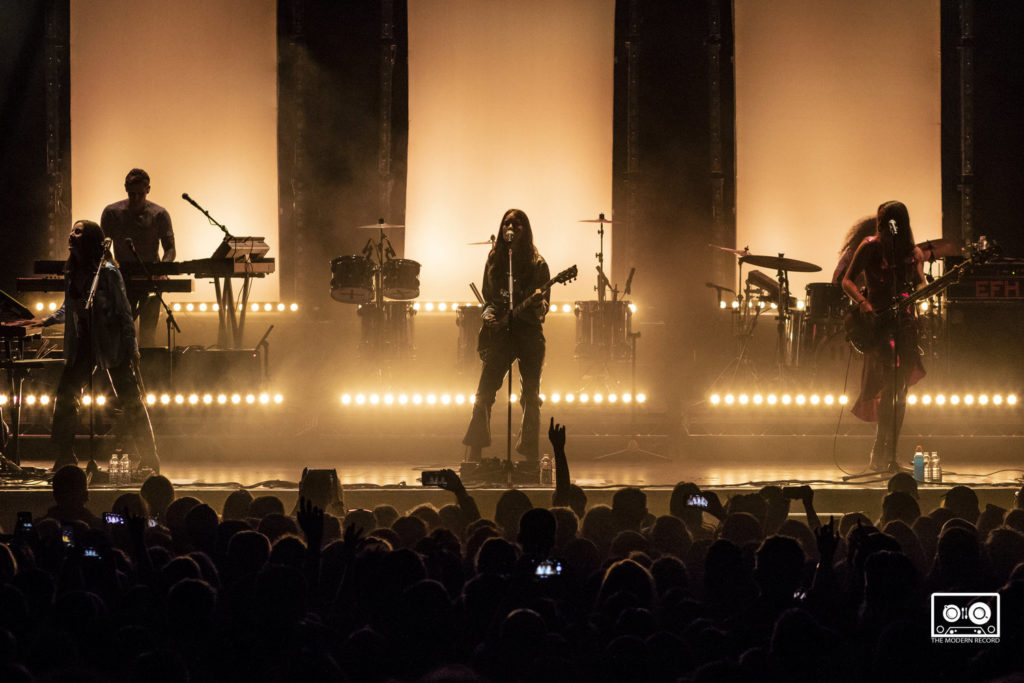 “I wore a f**king prom dress for this show” declares bassist and eldest sibling Este Haim – It’s a steamy Sunday night in Glasgow and the Californian sisters are “feeling the girl power”. They’re here for a dance party; the soundtrack draws beats and harmonies from Destiny’s Child-era R&B, with shredding guitars and synths lifted from a Kenny Loggins theme tune. 2500 people are in for a good time.

Support on this leg of the Sister Sister Sister Tour comes in the form of pop songstress Maggie Rogers. With a swag of cleverly crafted songs, her catchy melodies, hypnotic rhythms and intimate lyrics pull the politely enthusiastic audience under her spell as she bounds and twirls across the hazy stage. Rogers appears to enjoy her band as much as the crowd does; understandably so, they’re a tight unit and the backing vocals especially lift her delivery, particularly on latest single ‘Fallingwater’. In the past Haim have had the opportunity to open for some incredibly talented acts and it’s heartening to see them now offering their audience to a future star in Maggie Rogers. She sets the tone beautifully for what is to follow. 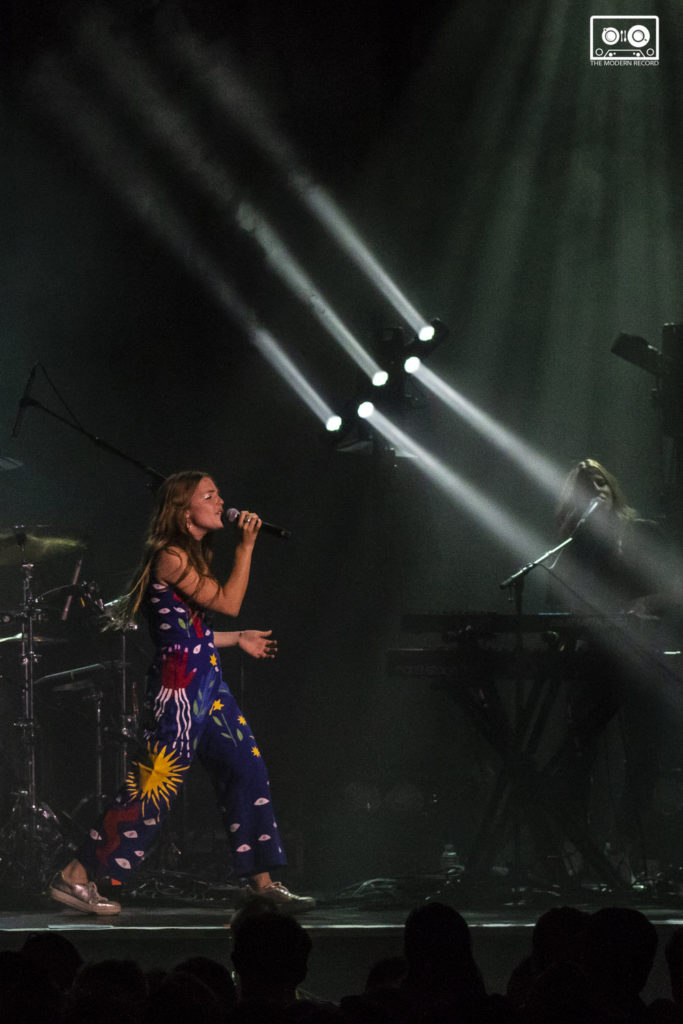 The members of Haim have nothing to prove, they simply own the room from the moment they enter it. Their 2013 debut LP Days Are Gone landed like a greatest hits compilation, every song strong enough to be a chart success. The arrival of sophomore release Something To Tell You last year brought another batch of top shelf pop rock anthems, infused with more funk, soul and new wave sounds, and growing their fanbase to the volume of a sold-out UK theatre tour.

Opening with an impressive drumming sequence as each member of the band takes their position on stage, they roll seamlessly from old to new songs and back and the crowds responds with equal – 100% – excitement to every song. It’s so slick, like band and audience have scripted the whole thing together to create a perfectly balanced high. The songs keep coming and the fans keep dancing, and singing. There’s a whole lot of singing. When there’s chat on stage there’s lots of chat, like when Alana gets to tell the story behind writing lead single ‘Want You Back’ from the new album and it descends into sibling rivalry. It’s important that each band member has their chance to speak although when Danielle is put on the spot she’s left speechless by the Glaswegian reception. There is so much love between this band and their audience. 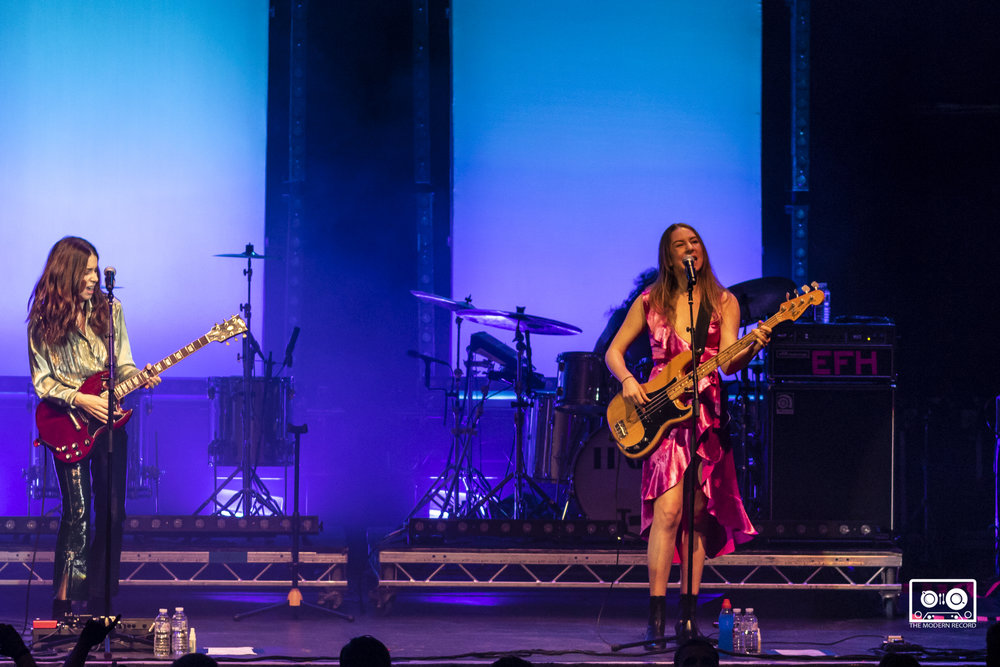 The visual is really on point. The groovy bassline of ‘You Never Knew’ is paired with a subtle Tequila Sunrise tinted backdrop and the lush harmonies are framed in golden flashing lights. When the sisters put their instruments aside in ‘Walking Away’ there’s a glorious moment of choreography. Sure, Este’s so-called prom dress, in frilly pink satin, might be susceptible to the occasional wardrobe malfunction but overall the look is classy. Nothing about their presentation is over the top and that makes their incredible musicality even more apparent. Reduced to a 3-piece for title track ‘Something To Tell You’, Danielle switches blistering guitar solos for drum duties with enviable skill. The more simplistic instrumentation also showcases their superb vocal harmonies.

Wrapping up the set with back-to-back hits ‘Forever’ and ‘The Wire’ even has the bar staff dancing, and ensures the crowd are adequately jived to demand an encore. Two thunderous rounds of stomping pass through the balcony before the band return with reciprocal energy still to burn. In a moment Alana embarks on a solo tour of the barrier and the party concludes as it was begun, with a three-way drumming spectacular. From a performance like this there’s no questioning why they’ve won the NME Awards Best International Band twice in the last five years.