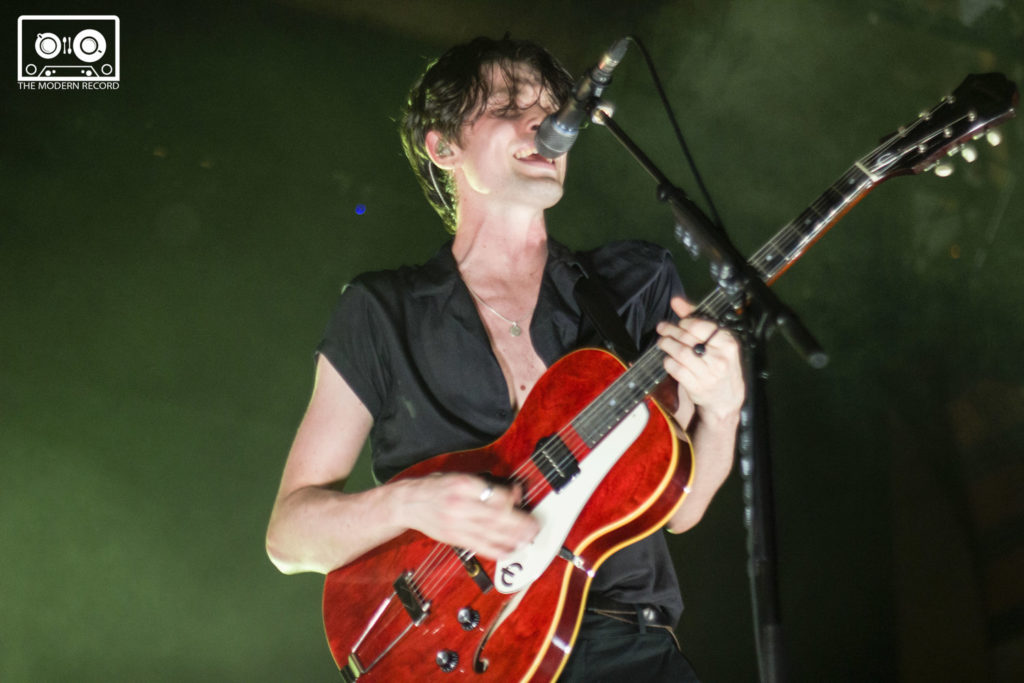 Lily Moore opened the concert with her beautiful vocals and acoustic guitar; she was accompanied by a bassist and a pianist. The 19 year old was professional and extremely talented: she truly deserved her place on the stage. The venue kept filling up while she sang and the excitement was building. The audience thoroughly enjoyed the opening act and was well warmed up for James Bay.

The concert began with a video playing on the screen behind the instruments which instantly gripped the audience’s excitement, the video let the band come onto the stage without being seen. The instrumental built up to the moment James Bay came out from backstage with his guitar. The sold out audience screamed with excitement ready for the first song to be played. The concert began with lots of drums and guitar to wake the crowd up from the wait between Lily Moore and him. Bay’s talent was seen from the very beginning with his insane guitar ability and vocals to back it up.

The concert was filled with lots of crowd participation with tonnes of clapping and singing along. Bay helped this by addressing the audience several times and getting them involved which really made the atmosphere special and the audience felt like they were a part of the performance. The audience got exactly what they paid for – a high quality, faultless performance. 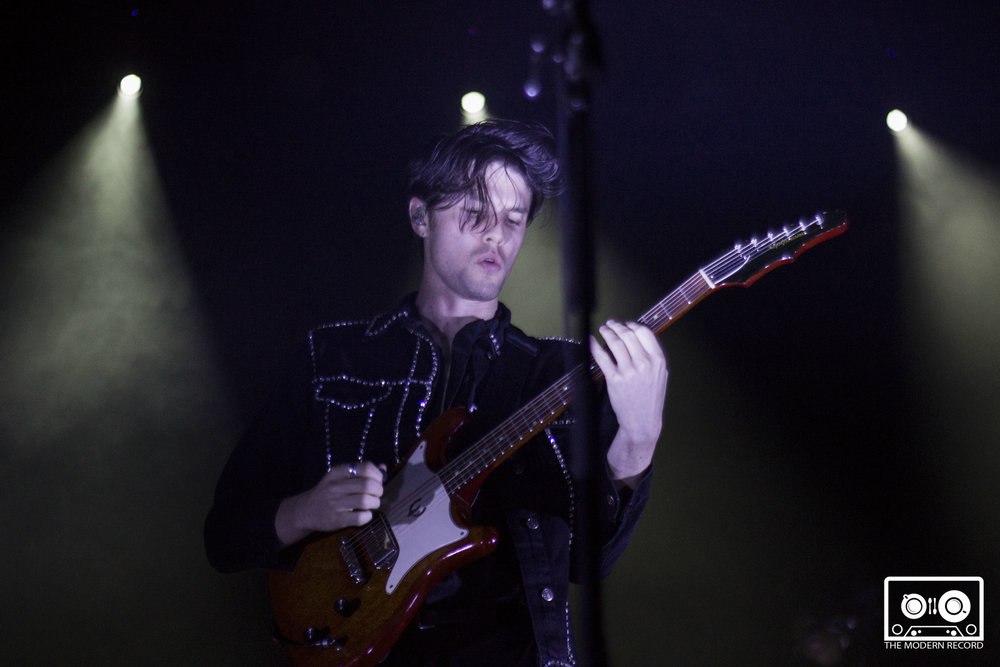 Bay performed with a powerful persona, which was different to see from his previous work where he came across as quite shy. He came out with short hair, all black clothing and no hat, he meant business. This persona carried through to his music where he owned the stage with his staggering guitar playing and breathtaking singing. The show had parts where Bay let his more gentle side out that the crowd had seen before in his other performances where he poured his heart out to them. In songs like ‘Hold Back the River’ and ‘Let It Go’ this gentle side came through. This intimacy let the audience feel closer to Bay and feel the emotions presented, leading to several tears shed throughout the concert.

The concert had interesting lighting with Bay’s own stage setup which helped to set the mood of each song; this let the atmosphere change within seconds from intense guitar and drumming with the whole band involved to a stripped back performance with just James and his guitar. The audience was almost a backing choir for James Bay with everyone singing along to the majority of his songs. When ‘Hold Back the River’ was played even some of the security were seen singing along to the catchy chorus.

Bay finished his set with ‘Best Fake Smile’ before leaving the audience. After three minutes of stomping and cheering for James Bay, he returned to play the last two songs. Before leaving for the last time, Bay poured out his appreciation to the sold out crowd thanking them for coming out and being part of his show.