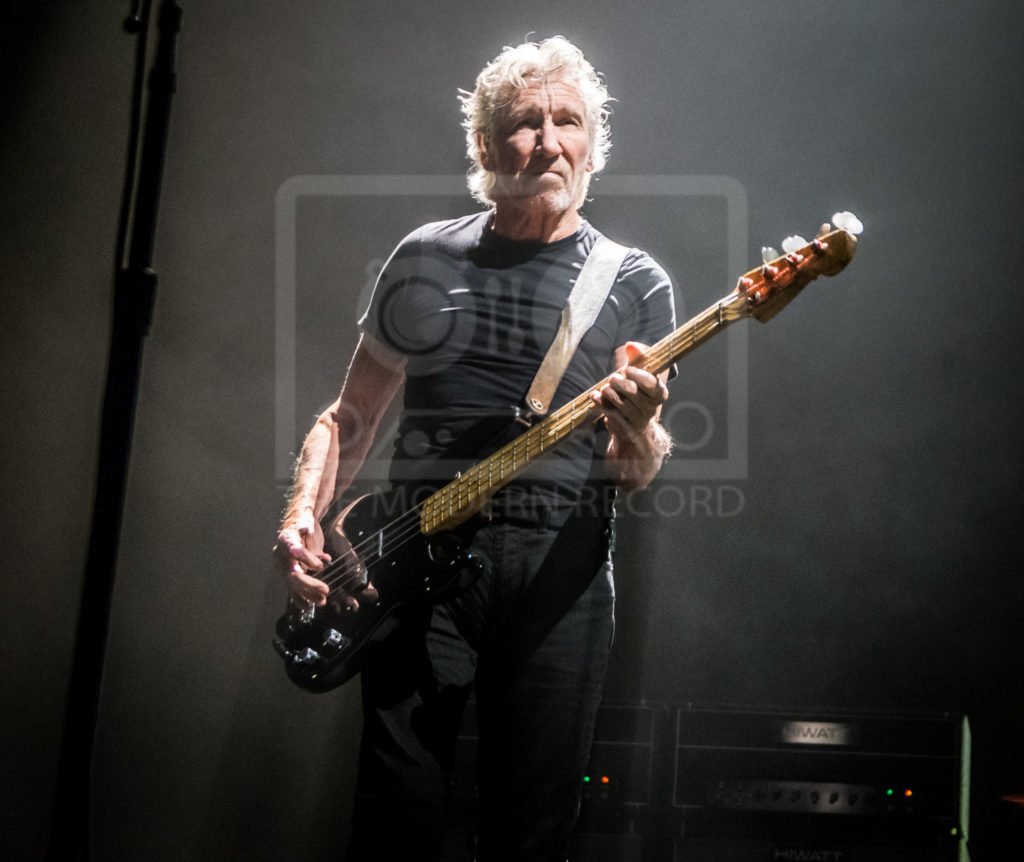 Roger Waters brings his Us and Them tour to the UK: selling out two nights at Glasgow’s cavernous Hydro Arena, and even before a note was played in earnest he atmosphere was electric.  It would be a night for Pink Floyd fans to immerse themselves in the bands finest tunes, with only four of the 21 tracks in the set from Roger Waters’ most recent release Is This The Life We Really Want. The rest were mainly taken from the classic Pink Floyd period, from The Dark Side Of The Moon through to Wish You Were Here, Animals and The Wall.

The evening was set with a 20 minute scene of a beach, waves lapping on the shore, and the sound reverberating around the arena, before the band took to the stage and ‘Breathe’ started the proceedings.  The huge led screens behind the stage carried colours, graphics, messages and symbols – some relevant to the music and some highly political – sending a clear message that tonight wasn’t just about the music: Roger Waters was venting his anger and frustration at the world and the people in charge. 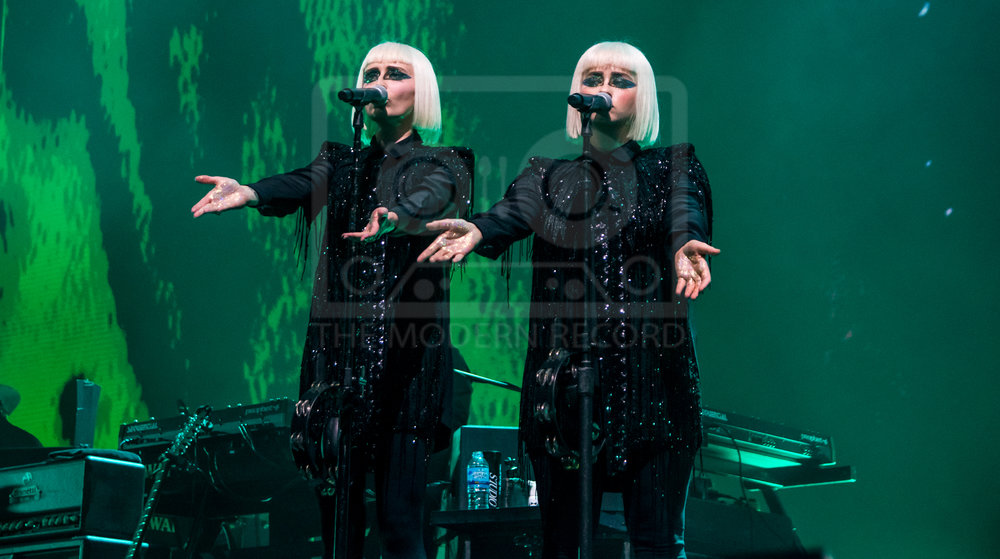 Away from the politics, the music was sensational.  Covering arguably the greatest period of the band’s work and featuring tracks from their most successful albums, the big numbers kept coming and the crowd were in awe of their hero, for many the first time being so up close and personal to him.  ‘Time’, ‘The Great Gig in the Sky’, ‘Welcome to the Machine’ were al greatly received by the Glasgow crowd.  But it was the closing of the first half with ‘Wish You Were Here’, possibly the fan favourite Floyd track, followed by ‘Another Brick in the Wall’ which had everyone on their feet and in full voice.  Sensational stuff.

After a short twenty minute interval the band returned to the stage. A slower start to the second half of the show, with ‘Dogs’ and ‘Pigs (Three Different Ones)’ being aired from the Animals album before returning to The Dark Side of the Moon with ‘Money’ and ‘Us and Them’. ‘Smell The Roses’, another solo track from Waters most recent work followed before ‘Brain Damage’ and ‘Eclipse’ from Dark Side closed the second half. 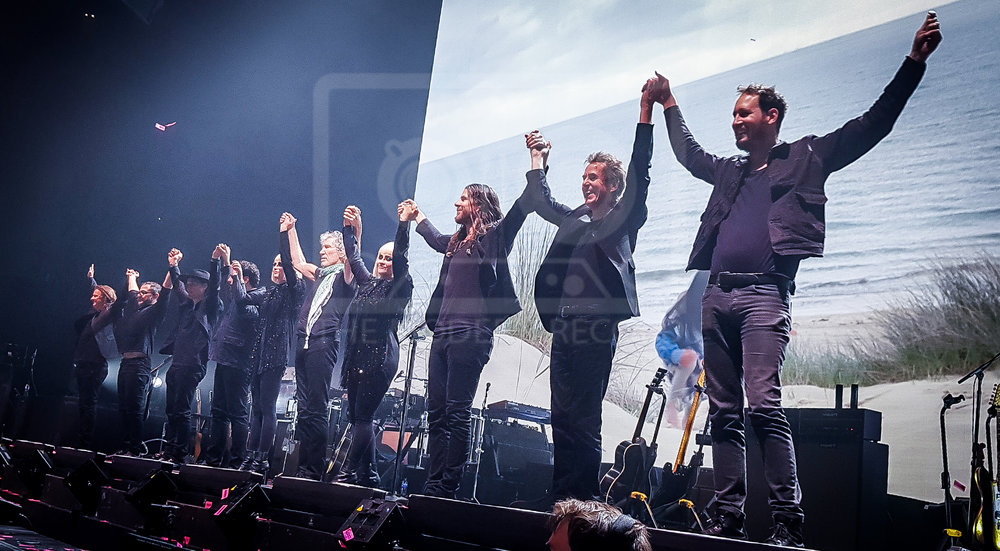 Returning for the encore, Waters took the mic and introduced the band, before closing the evening with a rousing and emotional Comfortably Numb. Walking the length of the pit in front of the stage during the closing solo, to get even closer to the fans, shaking hands with many of them.

This was a night never to be forgotten, a masterclass in entertaining a crowd.  Musically Roger Waters and his band and backing singers were on fire.  The set list was perfect, all the bases covered, with the light show,  props and the 3D prism spectrum from Dark Side’s cover was amazing, the drop down Battersea Power Station was incredible.  The whole evening as a show was mind blowing, a spectacle to behold and not one person left the arena disappointed.  Easily, ‘One of Those Days’ when you really do ‘Wish You Were Here’.