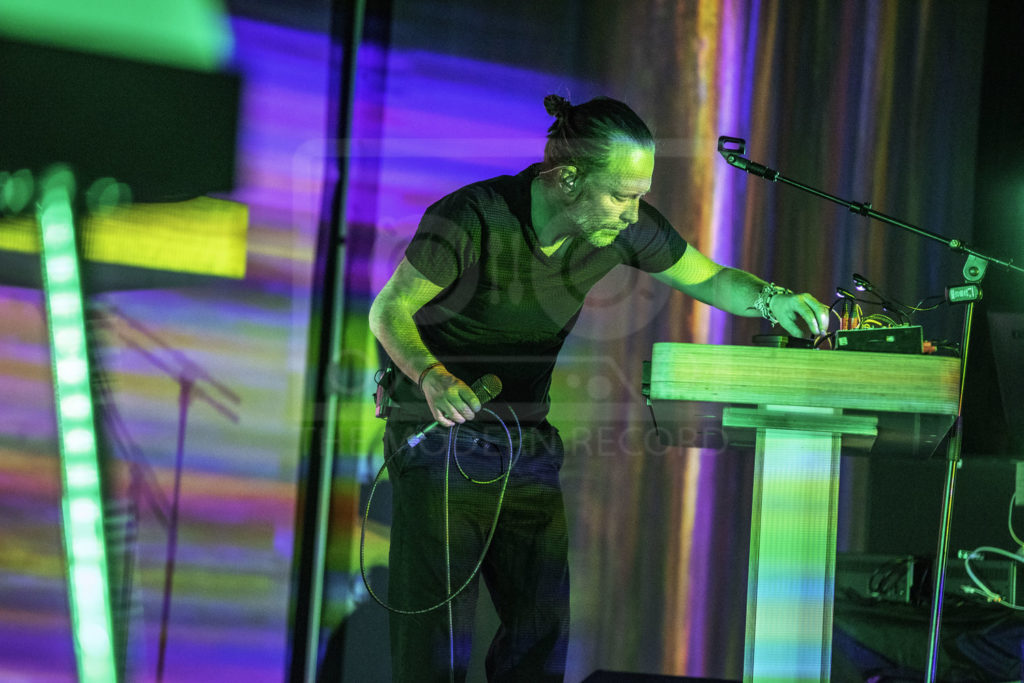 Opening act Oliver Coates – who worked with Radiohead on their latest LP ‘A Moon Shaped Pool’ – set the stage at at 20:00 and treated the crowd at ‘Usher Hall’ with a beautiful set. The Radiohead frontman came on stage with his collaborators at 21:15, starting off with ‘Interference’,  followed up with opening track ‘A Brain in a Bottle’ from his second solo album Tomorrow’s Modern Boxes. Thom Yorke and Nigel Godrich created dynamic vibes with their lab-like approach to their synths, pianos and electric/bass guitars, whilst Tarik Barri can’t go unmentioned – his visuals on stage set the mood with each song. His interpretations of the songs were phenomenal, including depictions of stars shattering, dissolving mountains, different shapes morphing into different sizes set to the texturally complex music. 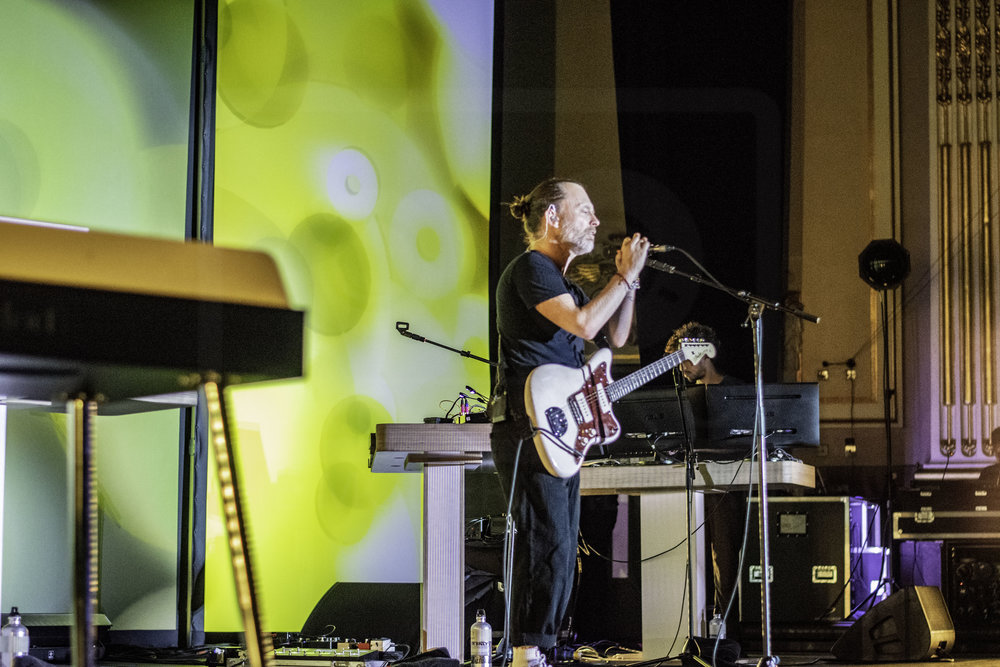 Hopefully with Radiohead going on their break after the North America dates in July/August, we will be able to see more of Thom Yorke performing his solo project, especially after hearing some of the unreleased new material which was performed on this tour.