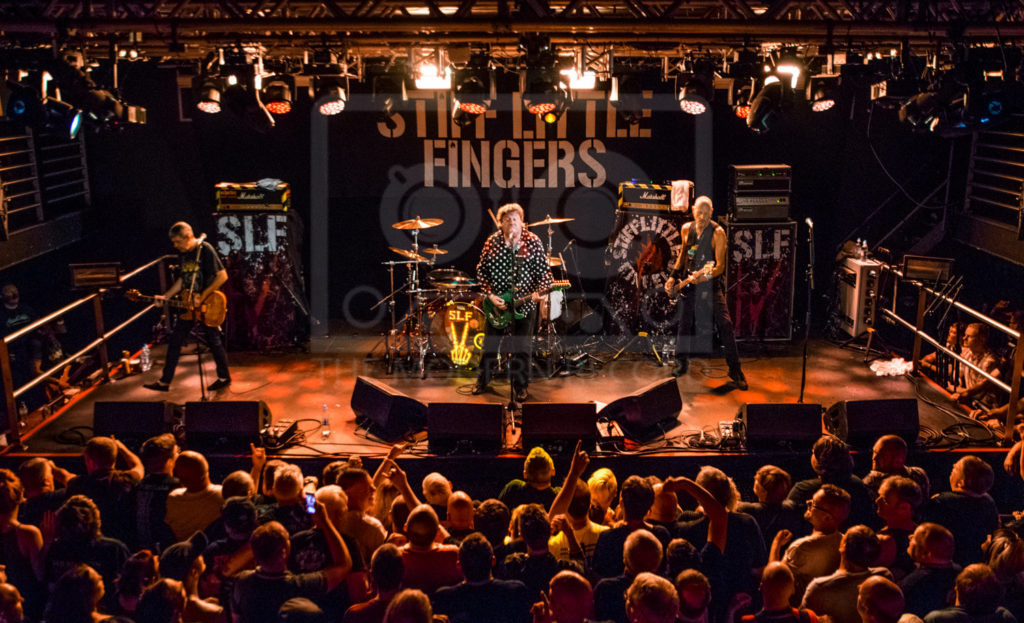 Jake Burns, lead singer with SLF is joined on stage with bass player Ali McMordie, guitarist Ian McCallum and drummer Stephen Grantley.  Entering the stage as always to instrumental ‘Go For It’ – from the 1981 album of the same name, – the crowd gets pumped up and ready to rock. Tonight though the band seem rather subdued however it has been a long tour, and the band ain’t as young as they used to be with Burns’s voice in pretty bad shape especially.

Carrying on through their setlist which tonight covers their catalogue from debut Inflammable Material through to their most recent record No Going Back.  Jake Burns’ banter between the songs is a joy to behold and brings a smile to the face.  One highlight of the night was a rousing rendition of ‘Barbed Wire Love’ with Ali McMordie providing backing vocals, sending the packed crowd wild. 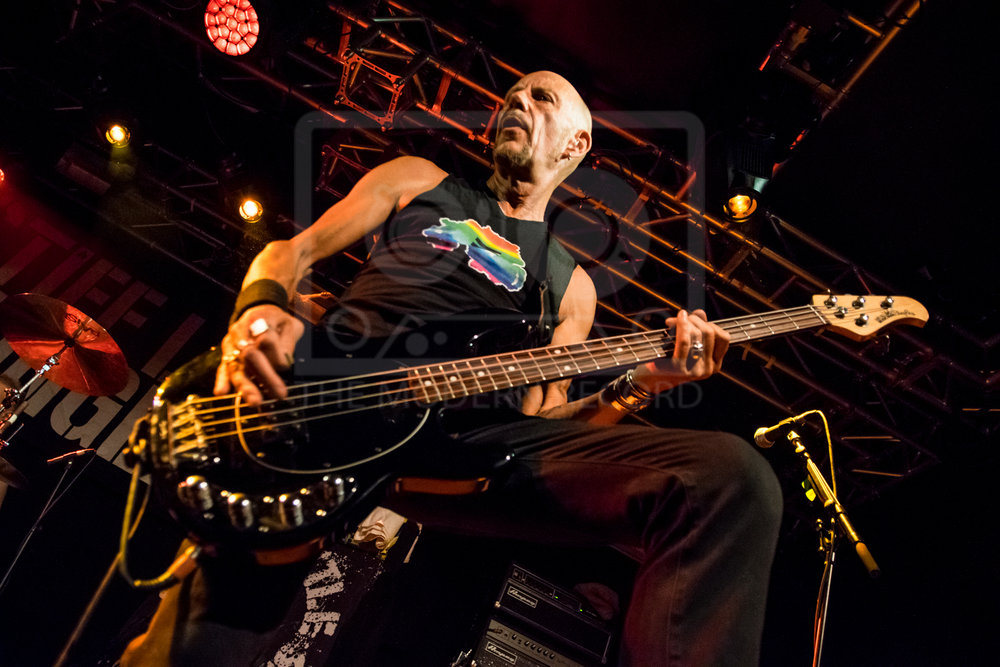 SLF staple classics ‘Tin Soldier’, ‘Suspect Device’, and ‘Alternative Ulster’ closed the show, the crowd’s vocals giving Jake Burns a dig out when he most needed it, his throat really shot by the end of the gig.

The end of another SLF gig and the end of the tour.  The weary band leave the stage and the crowd pour out into the warm Edinburgh evening.  SLF deserve 10/10 for effort but I’m sure they will admit having played better gigs than this.  Nothing is surer though – they will return fresher ready for the next onslaught.