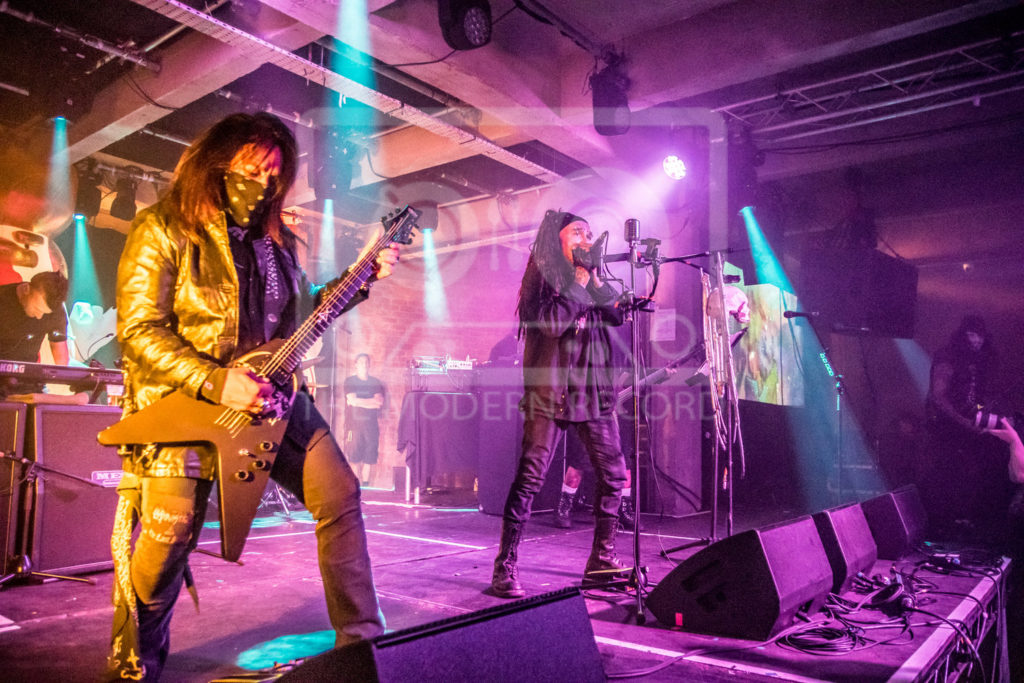 Industrial Metal rockers Ministry bring their 2018 show to Glasgow’s SWG3 venue, and shake its foundations!!  Formed in 1981 in Chicago, the band has seen numerous changes to the line up over the years. Currently taking to the stage are Al Jourgensen, John Bechdel, Cesar Soto, Tony Campos, Sin Quirin and DJ Swamp!

Playing a set list mainly from the latest record AmeriKKKant, the band took to the stage individually to rapturous applause, with the video screens playing a video of President Trump promising to make American great again, as an intro for opener Twilight Zone.  Following on were Victims Of A Clown and Punch In The Face, the guitars, drums and bass vibrating the building from the floor up and the crowd were lapping it up. 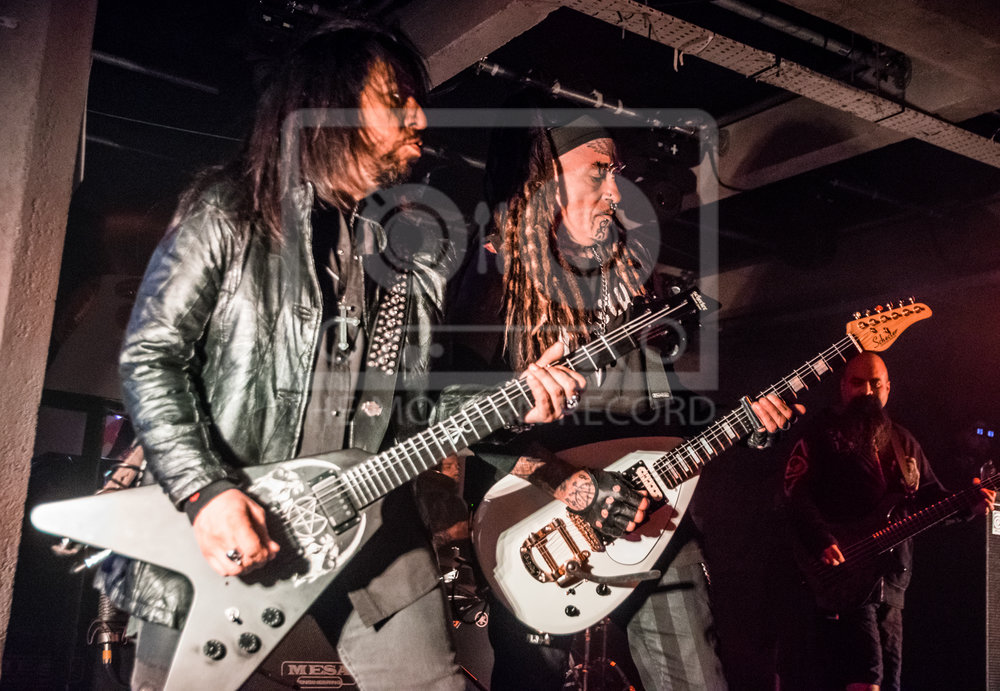 The evening was heavy set with a political atmosphere, tracks from the album and the stage setup showing obvious signs the band are not Donald Trump’s biggest fans, 2 large inflatable chickens dressed as Trump with anti-Nazi slogans emblazoned on them, and 2 large video screens at each end of the stage looping messages and political images to the packed crowd.

The music continued, with the crowd now whipped to a frenzy, crowd surfers loving every minute of the performance.  We’re Tired Of It, Wargasm and Antifa all from the AmeriKKKant album, and all with more messages that the band feel America is not in the best hands with the people who govern it, highlighted by the album cover showing The Statue of Liberty with her head in her hand.

Industrial metal is a sound you either like or dislike, it’s not for everyone.  Loads of heavy guitar riffs, samples, distorted vocals, when it works the music can be great but it does tend to get rather repetitive. Tonight’s crowd showed the appreciation for the music, but maybe a bit heavy on the politics, which tended to allow tracks to merge into each other, with the same rhythm, same guitar solos and same message.

The evening was closed with a one-track encore, Bad Blood from the album Dark Side Of The Spoon, which also featured on the soundtrack to the movie The Matrix.