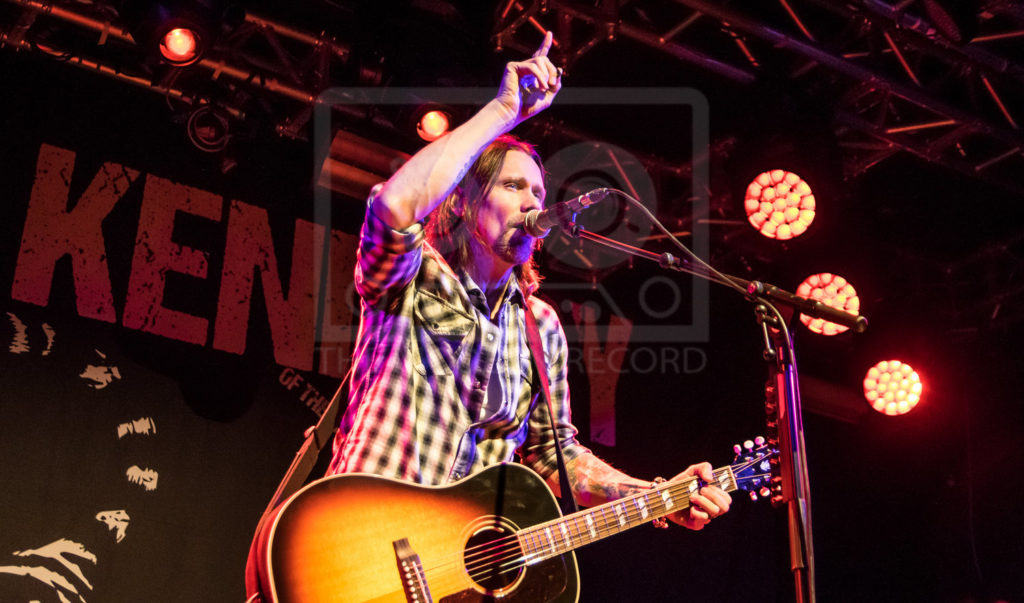 Myles Kennedy, frontman of rock giants Alter Bridge and part-time vocalist for Slash brought his solo show to the intimate venue just off Edinburgh’s Grassmarket, and rocked the building to its foundations.  Armed with just a guitar, he rattled through a set of solo classics and a few covers were thrown in for good measure, including some Alter Bridge and Slash tunes too.  But he could have sang his times tables and the crowd would have lapped it up!

Promoting his latest record Year Of The Tiger, Kennedy opened the show with ‘Devil On The Wall’ from the album before ‘Standing In The Sun’ – a song he recorded with Slash and Mars Hotel and originally by The Mayfield Four, a band featuring Kennedy on vocals and lead guitar.  ‘Addicted To Pain’, the Alter Bridge anthem got the crowd whipped into a frenzy, an exceptional song which suits the acoustic treatment well.

‘The Trooper’ was the next big rocker getting the dumbed down, 6 string treatment, accompanied on the chorus by the jam-packed crowd.  A great version, though I’m sure Iron Maiden have never played it like this! 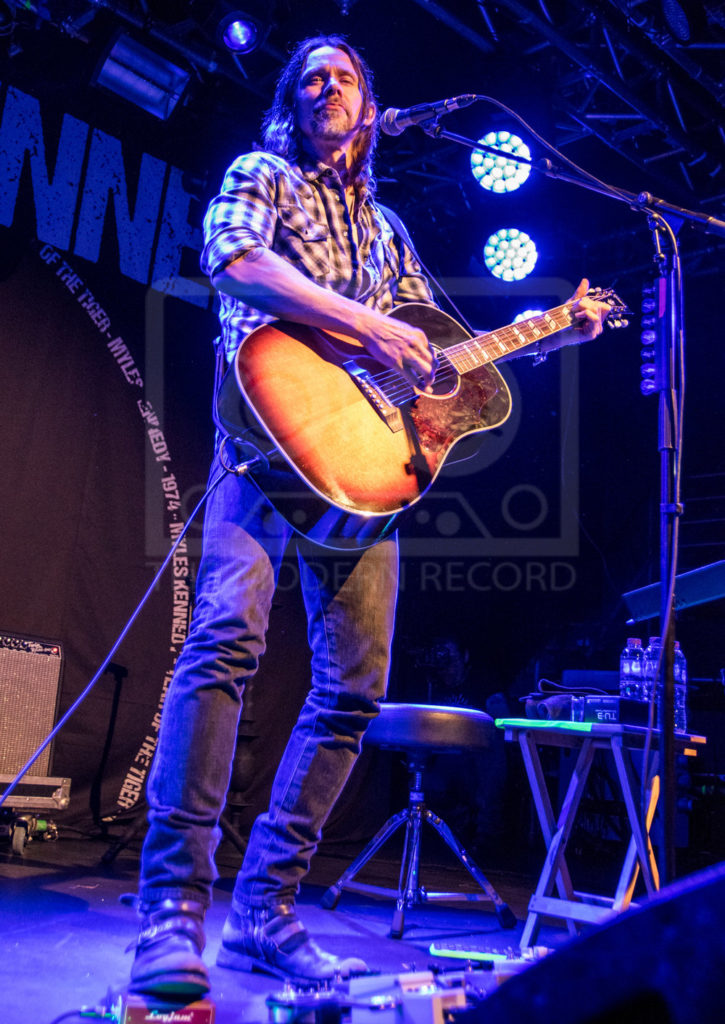 The music on the show tonight was perfectly played by Kennedy, a terrific singer, songwriter and musician.  And the stripped-down acoustic versions of the tracks tonight were great to hear.  The capacity crowd crammed into the venue like sardines were loving it, as was Myles who seemed to play most tracks with a smile on his face.

‘Watch Over You’, another Alter bridge track was followed by ‘Travelling Riverside Blues’, a tremendous cover of the Robert Johnson classic.  ‘World on Fire’ – from the last collaboration with Slash – ended the first part of the show before Kennedy returned to the stage for the obligatory encore.

‘Cry Of Achilles’, ‘Love Can Only Heal’ and ‘Year Of The Tiger’, title track of the solo release closed the show.  A tremendous evening of music and sublime guitar playing, the crowd couldn’t have asked for more, and Kennedy seemed to have had a great evening too.  A rare opportunity for the crowd to witness him so up close and personal, and hopefully it’s not long before he returns to Scotland.