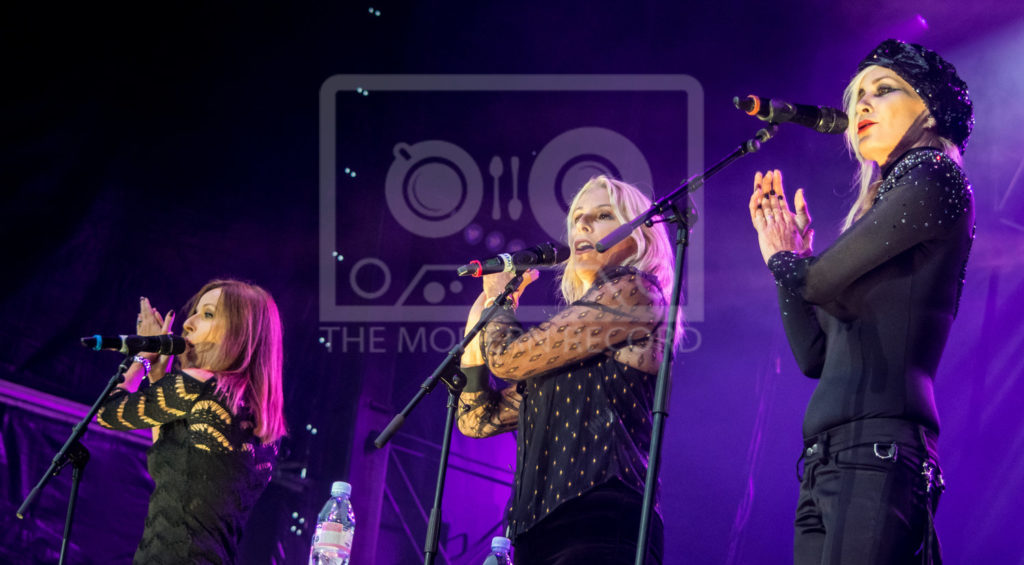 A big weekend of 80’s revival music in Scotland was kick-started with Bananarama headlining a show in the spectacular surroundings of Edinburgh Castle, and the assembled crowd – many having made the effort to dress up in retro 80s outfits – loved every second. First to take the stage were Altered Images, led by Claire Grogan who shot to fame as Susan, the schoolgirl who eventually became Gregory’s Girl in the hit 1981 movie.  They played through a short set comprising hits from the early 80s including ‘See Those Eyes’, ‘I Could Be Happy’ and ‘Happy Birthday’, and they went down well with the crowd. A great way to start the event. 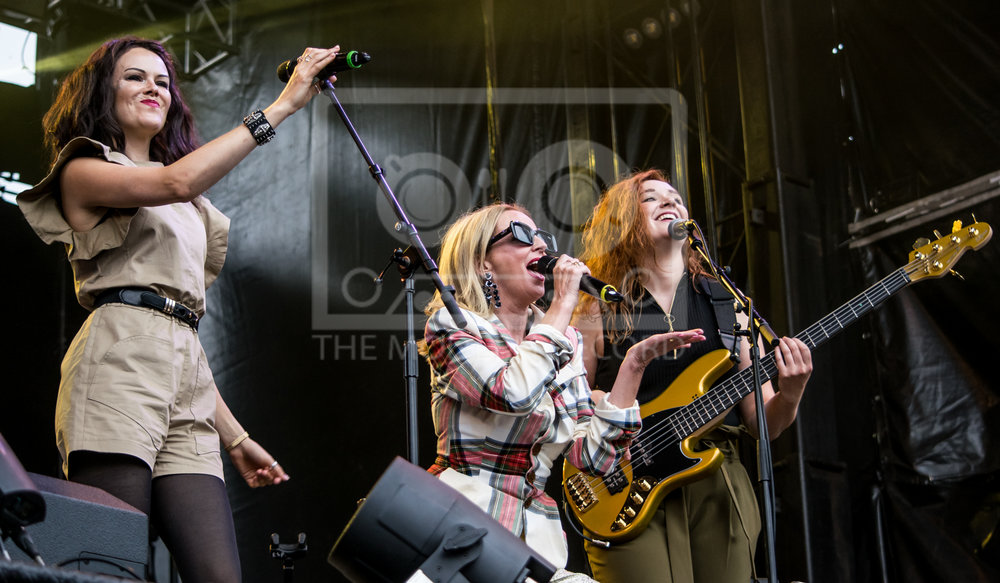 Next on stage were The Bluebells.  Hailing from North Glasgow, they hit the charts in the early 80s too with tracks such as ‘I’m Falling’ and ‘Cath’ but were famous for their hit ‘Young At Heart’, a true 80s pop classic, even though it actually hit number one when re-released in 1993.

And onto headliners Bananarama. Formed in London in 1981 by members Sara Dallin, Keren Woodward and Siobhan Fahey, they first started out doing gigs as backing singers for various bigger acts, but it wasn’t until the band got in touch with ex-Specials frontman Terry Hall who suggested a collaboration with his new band The Fun Boy Three that they experienced chart success.  FB3 had them as backing singers on their hit ‘It Ain’t What You Do (It’s the Way That You Do It)’, and they returned the favour by being backing vocalists on Bananarama’s hit ‘Really Saying Something’.  These hits and more are what the crowd, which included comedian and TV personality Phil Jupitus, came to see performed tonight, and they weren’t let down. 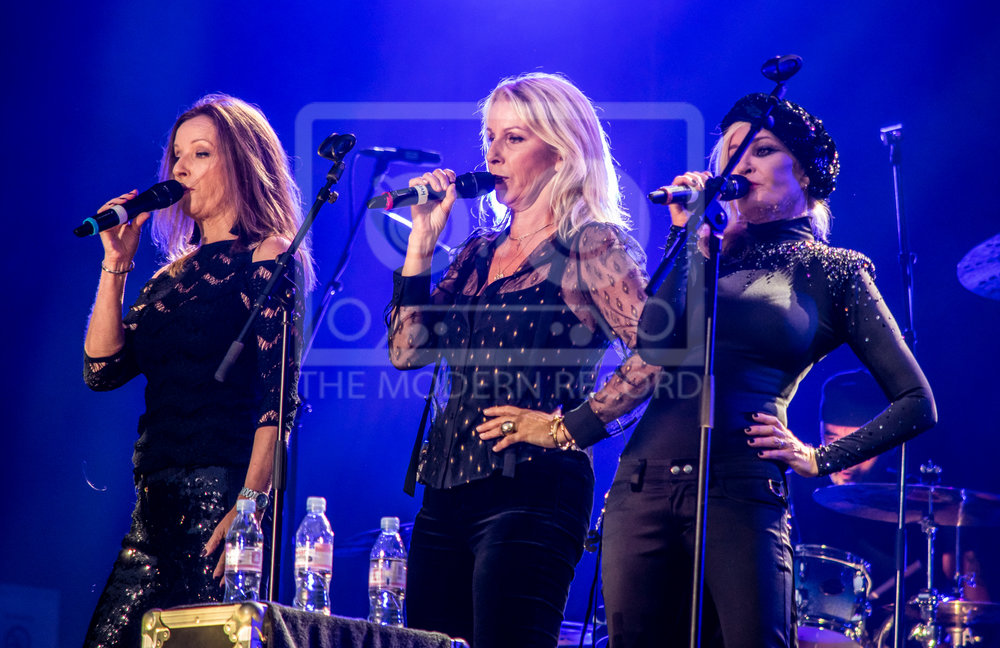 Kicking off the set with 1988 hit ‘Nathan Jones’ (a cover of the 1971 track by The Supremes) the crowd were putty in their hands, receiving a rapturous applause. ‘Ain’t What You Do’ and debut single ‘Aie A Mwana’ followed before the first big Castle Karaoke of the night, 1985 number 3 hit single Robert De Niro’s ‘Waiting’.  The crowd were well versed and didn’t need any excuse to join in the singalong and as the big hits kept coming, the crowd kept singing. ‘Cruel Summer’, ‘Shy Boy’ and ‘I Heard A Rumour’ which was the group’s first collaboration with the Stock Aitken and Waterman Hit Factory label, returning them to the top end of the charts after a short period in the chart wilderness.

‘I Want You Back’, ‘Venus’, ‘Love In The First Degree’ and ‘Na Na Hey Hey Kiss Him Goodbye’ closed the show.  A tremendous evening of nostalgia, no one in the crowd could have any complaints with all the major numbers from a mammoth back catalogue covered, songs you just know the words to and can’t help joining in.  A great night had by all in the spectacular surroundings of the magnificent Edinburgh Castle.