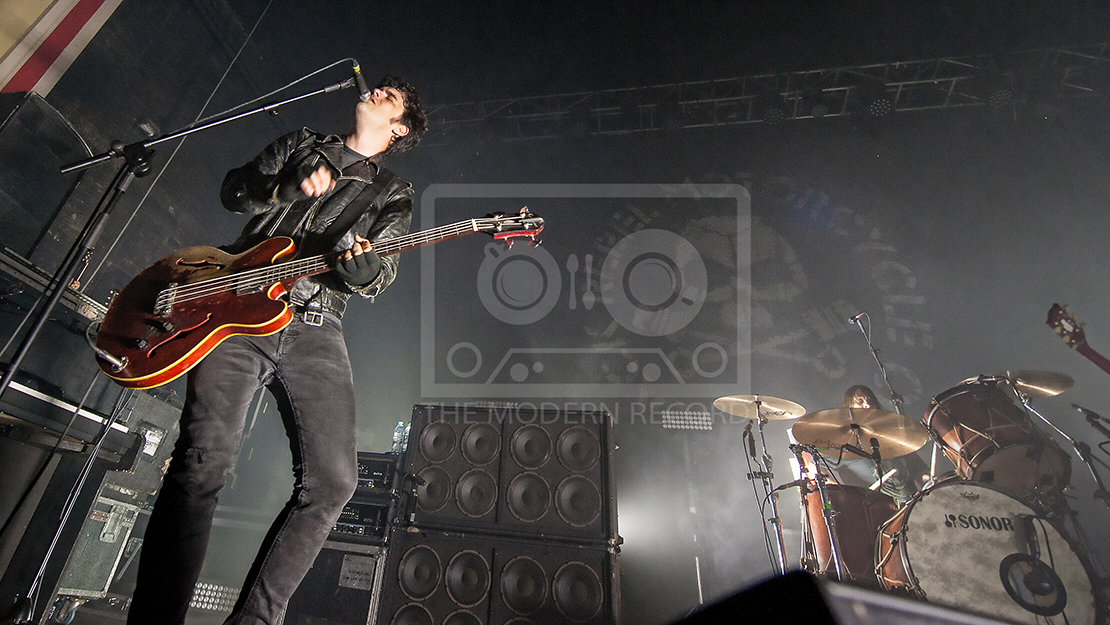 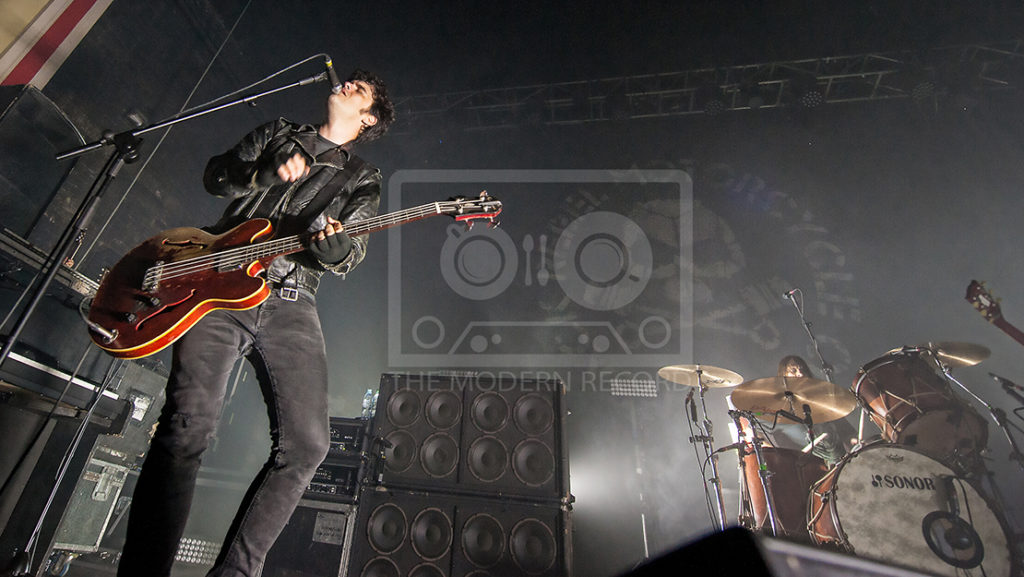 Rock up to the Academy in Glasgow tonight to see Black Rebel Motorcycle Club on their Wrong Creatures tour. I remember buying their debut album, years ago, and thinking it was the next big thing…..well I’m looking forward to hearing them live!

Doors are 7pm but the support doesn’t come on stage until ten past eight! This is a whole lot of waiting about in a pretty empty hall. I didn’t catch the support band name, unfortunately.

They come out on the stage obscured by copious amounts of stage smoke and are lit from behind making it difficult to make out any details about the members. It looks to be a four-piece consisting of 3 girls – singer/guitarist, lead guitarist and drums and a bloke on bass. I could be wrong about all of that detail, especially the genders, in the dim and smokey atmosphere. 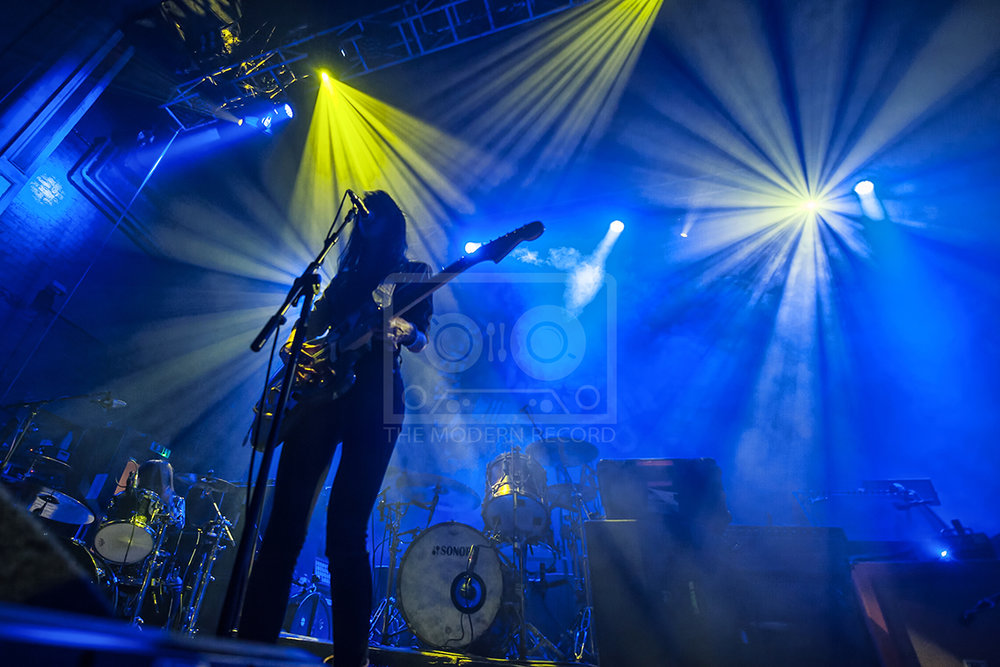 The intro the opening track is long and repetitive and it never seems like the song is going to actually begin but it does eventually and they are a powerful rock punk outfit, lots of noise and screeching…I say that like it’s a bad thing but they seemed to wear it well.

All through their set I was full of criticism, like the fact that they never left any dead air between songs/ tracks just feedback and noise which made it difficult for the crowd to engage or react, but by the end I was questioning whether I’d just witnessed genius of was stunned by the force of their sound…..I may never know.

BRMC came on to a packed O2, although only the lower floor, first time I’ve seen it set up like that. They got right into some driving riffs and great use of the looper pedal to build the textures to the sound. For a three-piece, they certainly packed a punch.

The frontmen, Peter Hayes and Robert Levon Been, swapped instruments throughout the performance with both taking turns on guitar and bass. The predominant bass player also did some piano work and they mixed up the setlist well with a few cooler salty tracks mixed in with driving rock riffs and some even had a southern country edge.

A great part of the gig was both Hayes and Been playing a track solo with acoustic guitars and very contrasting styles, Hayes making good use of a harmonica and Been using some tasteful effects. 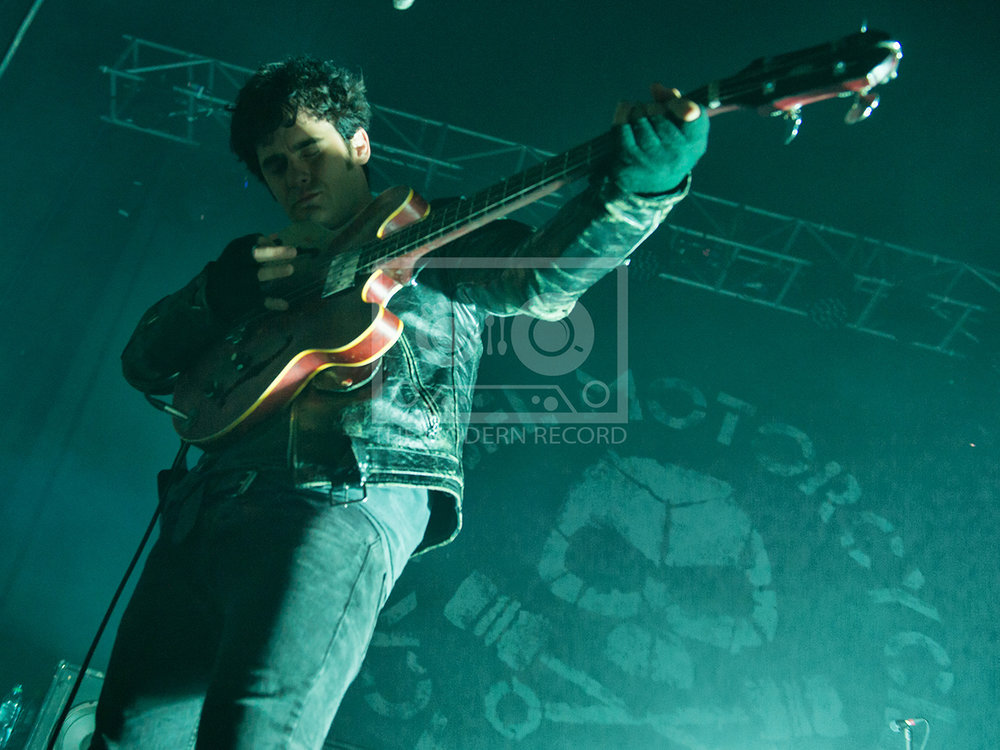 The lighting was understated and pretty classy and there was a constant cloud of thick stage smoke surrounding them. The set was just over 2 hours in length, so great value and I thought they might have to be moved offstage as they played well after 11pm which is usually the hard stop at the Academy.

There was no encore they just kept going and the intensity gradually seemed to increase with the crowd going daft for penultimate track Spread Your Love and then the closing track Whatever Happened To My Rock ’n’ Roll went on and on but was just frantic…..a great closer.

A top night of edgy, punky rock n roll and excellent musicianship, coupled with high energy performance….no chat but when the music is that good it’s not needed.