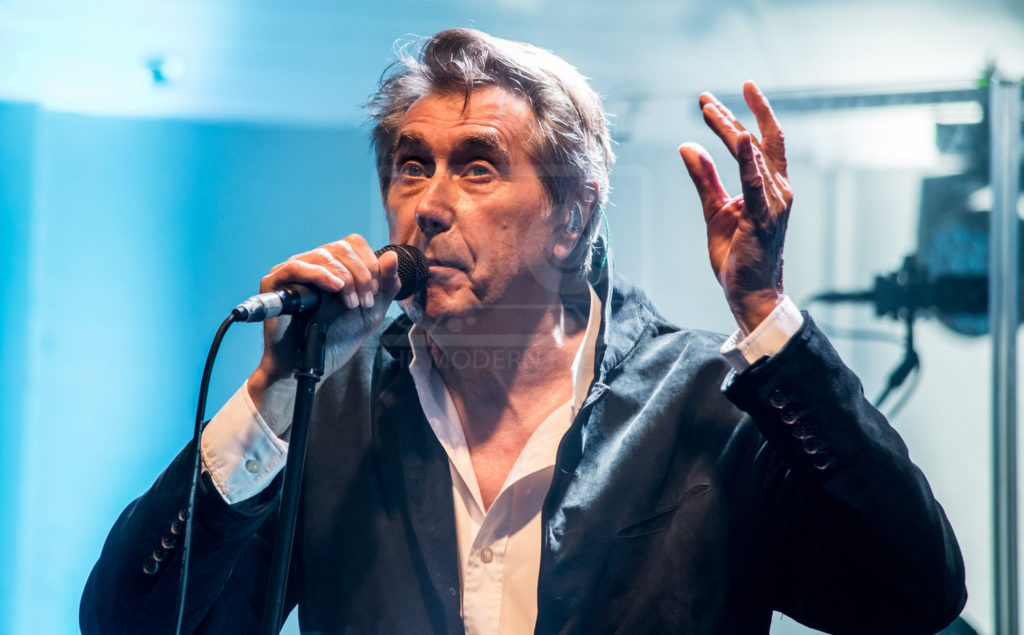 The undisputed king of suave and sophistication, Bryan Ferry, brings his band to Glasgow’s West End for a sell-out show at the Kelvingrove Bandstand.  Once the frontman of glam rock giants Roxy Music, he also has a solo career which ran in tandem with Roxy’s output, resulting in a back catalogue of band and solo work to make most artists green with envy.

A 27 song strong setlist included all the hits plus more, and that was exactly what the huge crowd at the bandstand came to see.  Easing in gently with The Main Thing from the Roxy Music album Avalon, Ferry is last to the stage after the band assembles and start the music, his presence is overwhelming and the cheer from the crowd shows how much he is still adored by his fans. Solo hits Slave to Love and Don’t Stop The Dance follow before Ladytron from the debut Roxy Music album from 1972.

The band accompanying Bryan Ferry now is far removed from those who helped make his name back in the early days.  Brian Eno, Andy Mackay, Phil Manzanera and Paul Thompson alongside Ferry made Roxy Music one of the biggest acts in the British music scene in the 70s, and a regular in the music charts, year after year.  The band tonight includes Chris Spedding on guitar, famous for the hit Motorbiking and once a member of The Wombles, another band who were regularly in the charts in the early 70s. 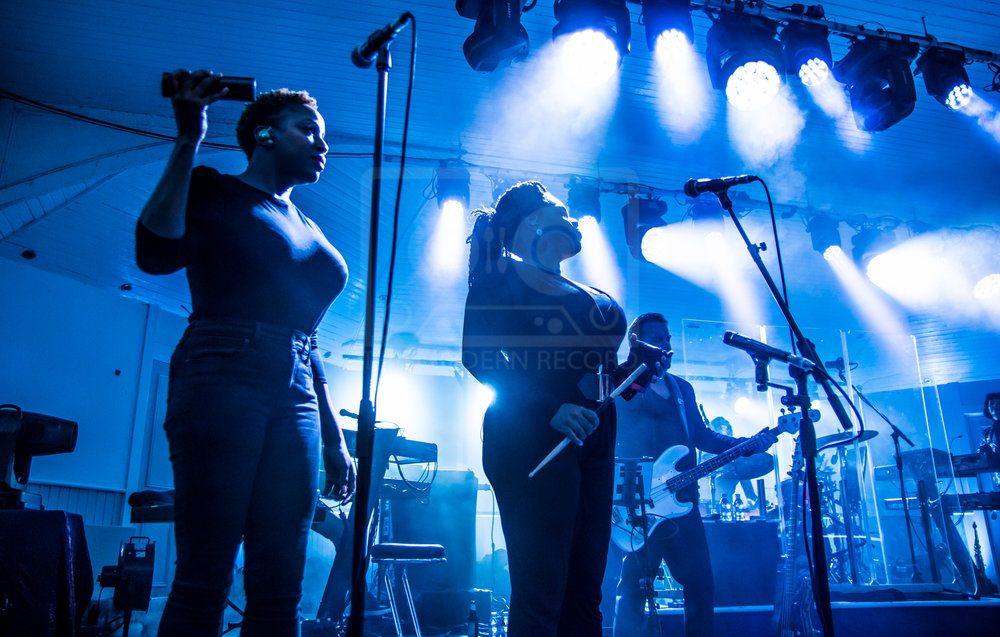 Oh Yeah, Do the Strand, Tokyo Joe, classics from Bryan Ferry and Roxy Music, still sung with the same passion and enthusiasm and the crowd loved it.  A slight lull in proceedings followed tho, before a rousing finish to the evening with all the big numbers.

More Than This, Avalon, Love Is The Drug, Virginia Plain, top, top hits for Roxy Music, and had everyone in the crowd on their feet. This is what most of the audience had come for.  Lets Stick Together, Jealous Guy and Editions Of You and the evening was over.  What a set list.

Bryan Ferry is a legend in the history of British music, and tonight he showed why.  The years may have rolled on but the talent of the man is still shining.  27 songs, over 2 hours on stage and a few thousand people, young and old, leave the venue deliriously happy. The kelvingrove bandstand is a great open-air venue for music, unfortunately, the Scottish weather is uncontrollable and tonight it poured, however a drab and dreech evening would never have spoiled things for the fans who turned up to see their hero.  A fabulous evening of musical nostalgia.  Love is the drug and Bryan Ferry is the man.