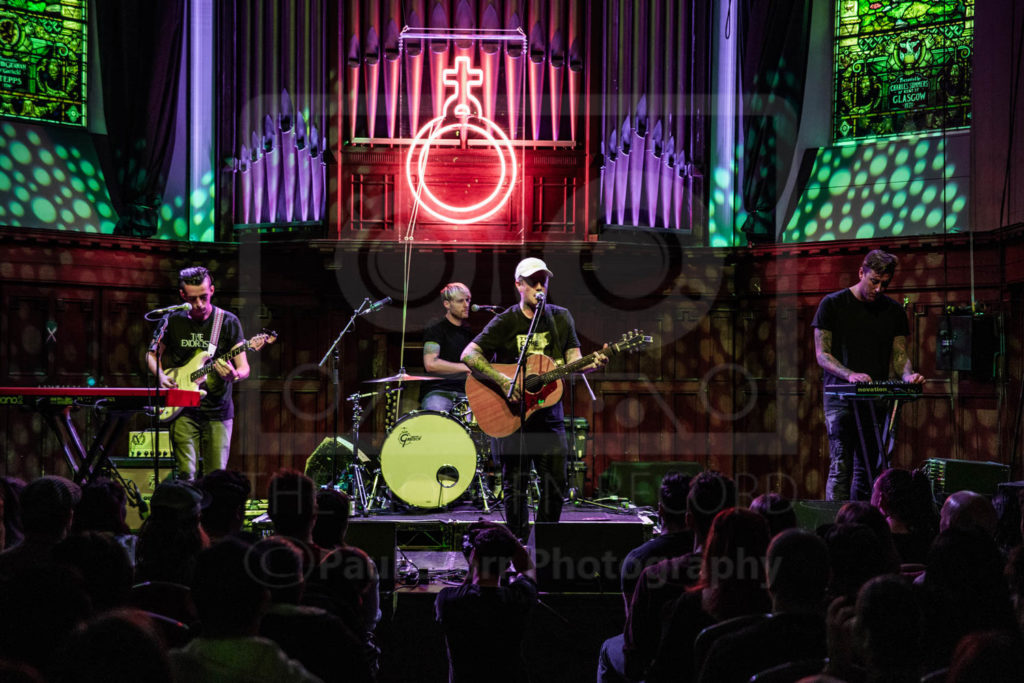 The venue chosen for tonight’s show in Glasgow used to be a church, and upon entering it you get the vibe that it’s going to be a particularly special show…

The band take to the stage and start off the set with a beautiful rendition of “Worship” before we’re told how keyboardist Max Britton couldn’t be here tonight (his wife is ill so he couldn’t make the trip) and how guitarist Matthew Veck-Gilodi managed to jam his finger in a hotel room door, so not only are they minus a band member…they’re also minus a finger! Next it’s onto one of the first singles released for the new album, “Sinner”. This provides one of many amazing moments of the evening, when the crowd sings back the chorus in perfect harmony to frontman James Veck-Gilodi.

As the set goes on an eager crowd member continually shouts encouragement to James when he says how it feels odd to be doing some songs acoustically, all of which is taken in good spirit by the frontman.

We hear how James reckons that “Holy” sounds like Dappy’s “Rock Star” before he plays a snippet of the song, much to the crowds enjoyment. 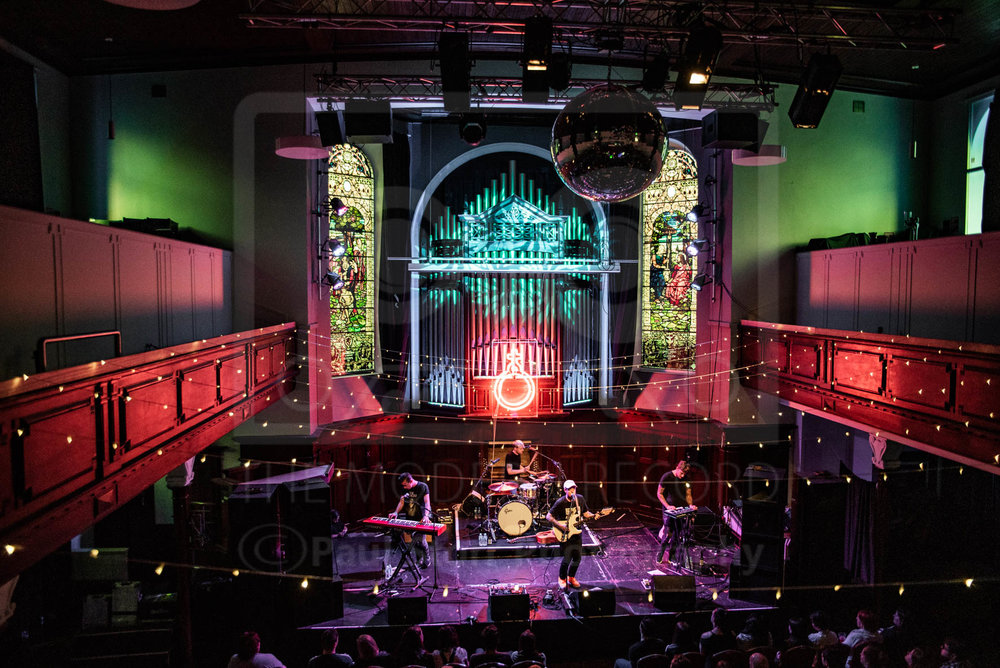 One of the highlights of the night comes when we are treated to James doing some tracks solo, which he nails all of perfectly. Originally these were meant to be done as ‘lounge versions’ of the songs featuring keyboardist Max, but as mentioned before he could not make the shows.

The evening is rounded off with the rest of the band coming back out to join James and perform “Fever” and “Evil”, but not before James tells us how drummer Tom Ogden is feeling particularly hungover and that is why he may look unhappy, but also jokingly telling the crowd that’s how he always looks.

As the set comes to a close, James jumps offstage and wraps his arms around the vocal audience member from earlier, thanking him for all of his kind words.

This was one of only a handful of shows done to promote the new album, but we are told the band will be back for a full tour in January. Make sure to catch them on one of the remaining acoustic dates or on their full tour!