American singer, songwriter Albert Hammond Jnr brings his solo show to the intimate SWG3 venue in Glasgow, showcasing tracks from his new record Francis Trouble.  Former member of The Strokes is now up front on his own, and loving his new job as the main man. 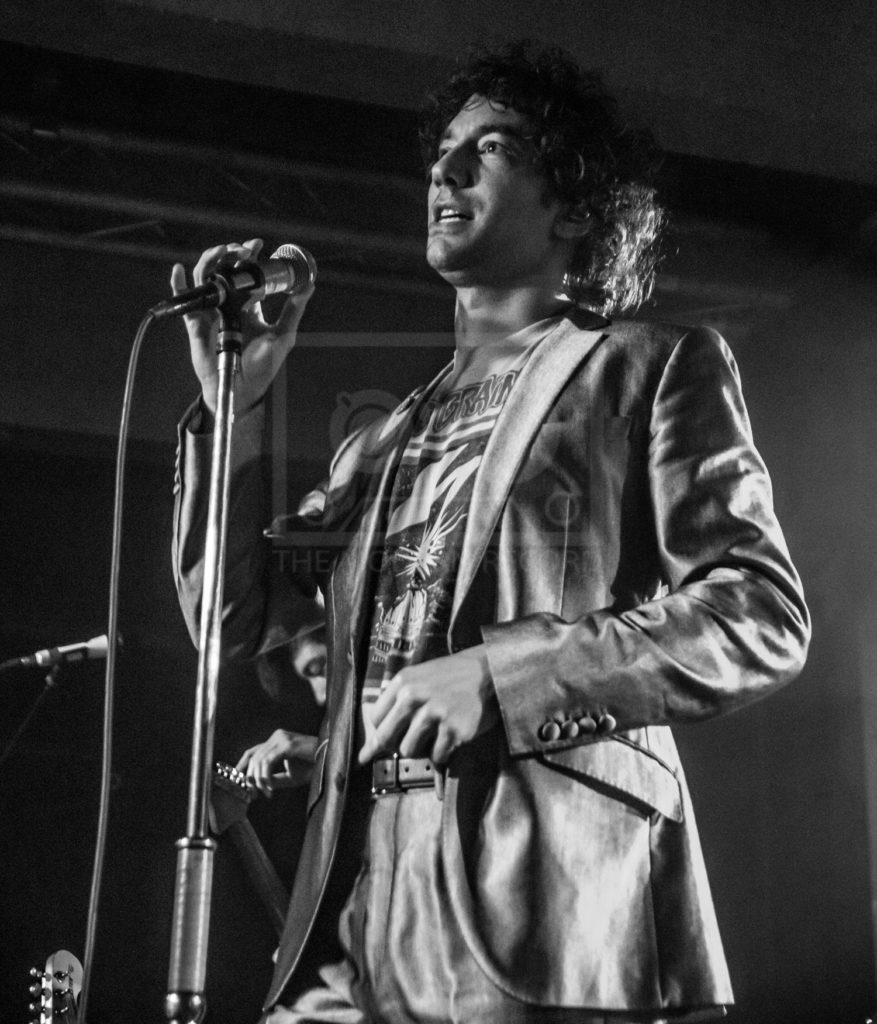 Sporting a gold shiny suit as he hits the stage, the band blast thru a 20 song set list, opening with DvsL, Rude Customer and Set to Attack.  Hammond inst one for standing at the mic, he’s all over the stage and half way thru the second number he’s off the stage and into the pit to greet the crowd hanging over the barriers.  In this small venue that’s only a hop and a jump for Hammond tho.

Caught By My shadow, Side Boob, St Justice, Far Away Truths, the big songs kept coming and all songs well received by the packed audience, with the energetic Hammond now doing chin ups with a pipe hanging from the ceiling venue one minute, and lying sprawled across the stage the next.  The silver suit is half gone now and Hammond is down to a T Shirt, as he continues thru the evenings set list. 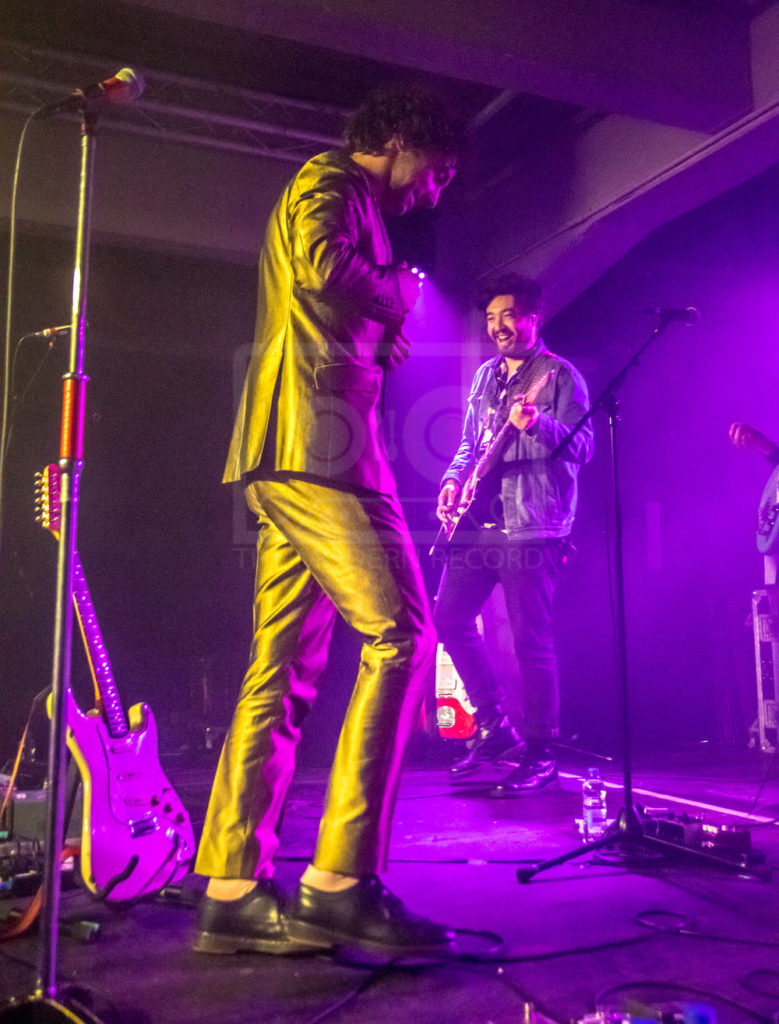 The guitar music on show tonight has an American indie music feel, almost like 60s surf music therefore its easy to see where Hammond is influenced by artists such as The Beach Boys, Buddy Holly, The Velvet Underground etc Its also nice to see him integrate with the crowd so often, quips and one liners bringing a smile to his face as much as the crowds.  He’s clearly enjoying the limelight this evening.

Screamer, a stand out track from the recent album closes the 1st section before the band re-enter the stage for the 3 song encore.  A cover of the Guide By Voices, Postal Blowfish was followed by Everyone Gets A Star and last song for tonight Muted Beatings.

Albert Hammond Jnr is a natural front man who loves performing live, and feeds off the energy of the crowd.  Tonight was no exception and he went down a storm, the crowd loving it as much as the band.  A terrific performance, bags of energy, great music from his latest album, and a great way to cheer up from a cold, wet, miserable September Wednesday in Glasgow.