Europe landed back in Glasgow as part of their Tour The Earth tour, and turned back the clock for the packed audience to give them a night of classic 80s rock, which wowed ardent fans and newcomers alike. 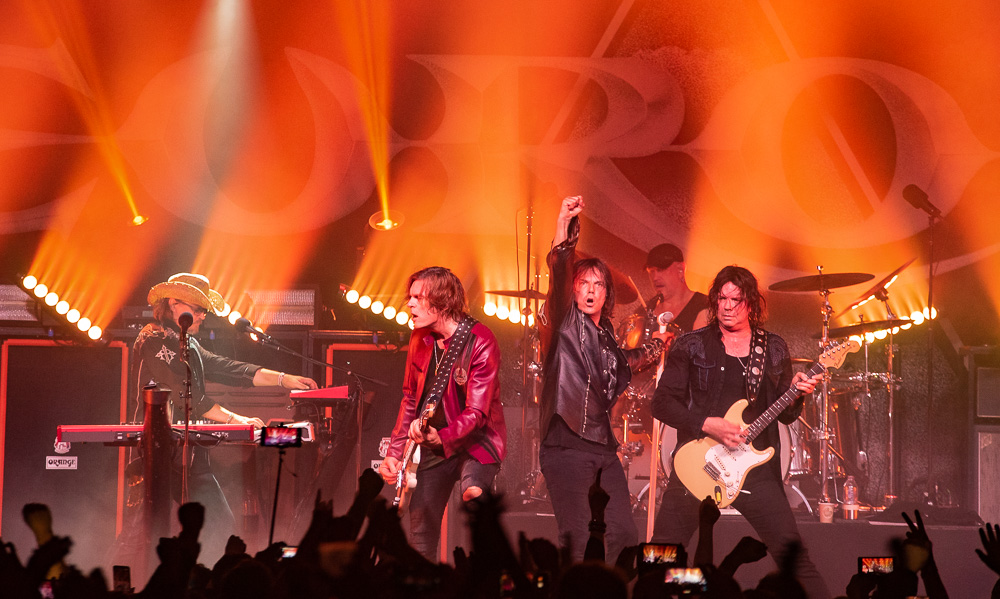 The classic line up of Joey Tempest on vocals, John Norum on guitar, John Leven on bass, Ian Haugland on drums and Mic Michaeli on keyboards played thru a setlist of classic single and album tracks, opening with Walk The Earth, title track the most recent album release, followed by The Siege and the first air guitar number of the evening, Rock The Night, the 1986 follow up to The Final Countdown.  The band were in fine form, the guitar riffs were being belted out, the bass licks and drum solos also competing for the spotlight, and Tempest’s voice as good as its ever been.

New Love In Town, Firebox, Ready Or Not, Demon Head, all great rockers which had the crowd going before things slowed down with the 1987 follow up to  Rock The Night with Carrie.  This gentle rock ballad was another singalong for the big Barras audience.

Support tonight was from the band King King formed in 2008 by Alan Nimmo and Lindsay Coulson previously of the Nimmo Brothers, lead singer Nimmo endearing himself to the Glasgow audience by sporting a kilt on stage for their short 7 track set.  A fantastic start to the evening. 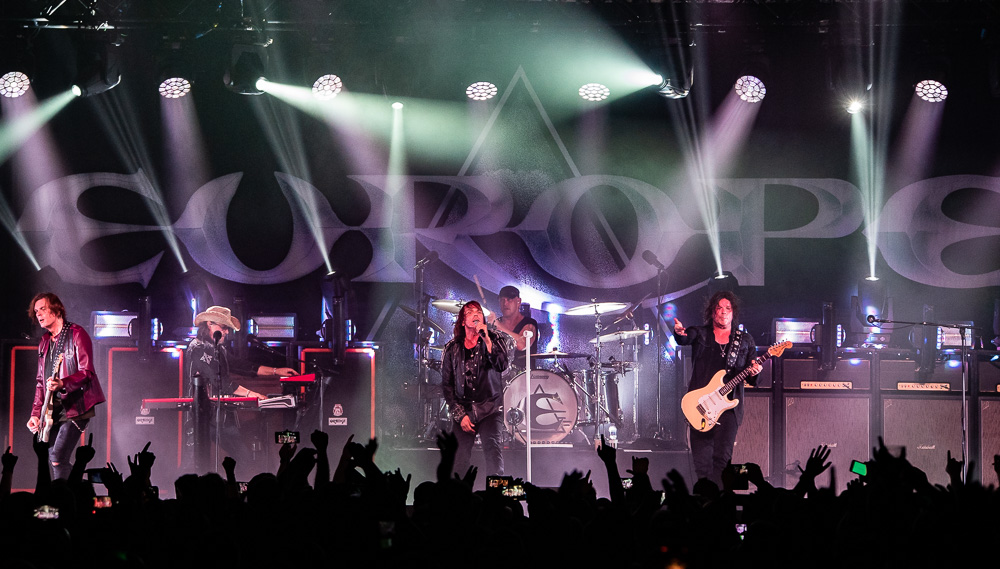 Scream Of Anger, War Of Kings and Superstitious, incorporating a rendition of Here We Go Again by Whitesnake closed the first part of the show.  After a short break the band return to the stage for 2 more numbers, Cherokee and the hit single which rocketed the band to superstardom, The Final Countdown.  The song may be over 30 years old now, which is pretty scary for those of us who remember it back in the day, but it still sounds as good now as it ever did.  A rousing end to a fabulous night of rock.

Europe may not have been the big hitters of their day, and never as popular or successful as counterparts Bon Jovi, Whitesnake or Def Leppard for example, but they are still a very decent band, their more popular hits still sounding good.  For lovers of mid to late 80s guitar rock music and big curly mullets, this was a perfect evening of music and nostalgia, and great to hear the classics played live.  Get down to check them out if you can.