As part of a small intimate show tour, Fatherson took to the Usher Hall stage with support from the fabulous Zoe Graham.

To celebrate the release of their new album “Sum Of All Your Parts”, Fatherson played a collection of small intimate shows before touring all over the UK. This time, they took to the Usher Hall stage, with the audience sat in the choir seats actually on the stage with the Usher Hall theatre as a spectacular backdrop.

Upcoming singer songwriter Zoe Graham supported the band with her angelic voice and intricate guitar playing. Performing her hit songs such as Industrial Strength, and Hackit and Knackered, Graham gained a stage of new fans. Her songs made everyone stop and listen in complete silence with a warm welcoming atmosphere. Armed with her guitar and some pedals, Graham has a very bright future ahead of her.

Then it was time for Fatherson. The boys strolled on stage in colour co-ordinated suits grinning ear to ear ready to wow the audience with some amazing music. Singer and front man Ross Leighton stated that this is their best and most personal album yet, and it is so apparent how much it really means to them and the work gone into it. They opened with the first single from the new album “Making Waves. Consisting of an acoustic guitar, drums and a bass, they played a stunning version of the song which especially showed of the true beauty of Leighton’s vocals.

Playing a variety of old and new songs, seamlessly transitioning between the albums, the band appeared moved by the audience’s appreciation and reactions. Constantly thanking and engaging with the crowd, the band told stories of making the album and how they got to where they are. A few songs in, drummer Greg Walkinshaw asked if they could now tick performing with a choir off their bucket list – while pointing at the group of fans sitting in the choir seats on the stage in front of them as they joined in singing along with the songs. 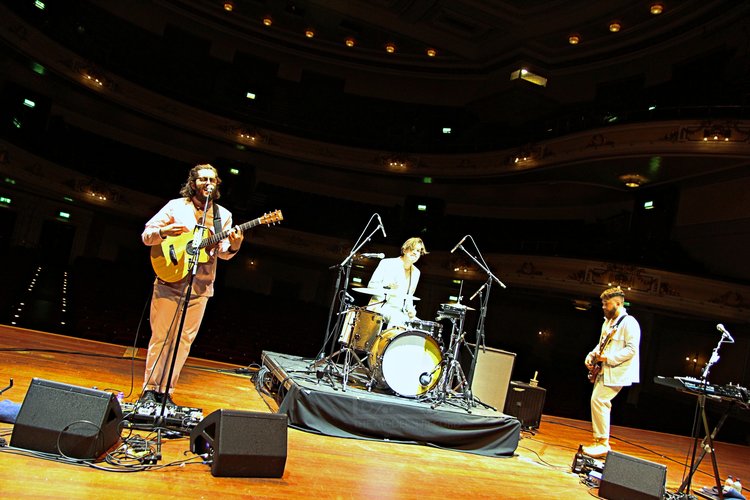 Personally, the most special part of the entire night was the encore. Leighton came back on stage, unplugged his guitar, stepped away from the microphone, and sang powerful tune “Joanna”, just him and his guitar. It really showed of the pure talent this man has, and the audience listened in awe and felt every single word. Then to finish off the night, did the exact same with tune “I Like Not Knowing”.  Watching him stand and sing his heart out in such an iconic, yet empty venue with just his voice and guitar is something I will never forget or take for granted. The acoustics of the Usher Hall were so clear, that not only these songs, but the entire set was faultless.

Overall the show was a massive success and the band have big things coming after the release of their new album, and it’s just made everyone so much more excited to see them on tour. Everyone left the venue smiling. If you haven’t already listened to Sum of All Your Parts, I couldn’t recommend it more. 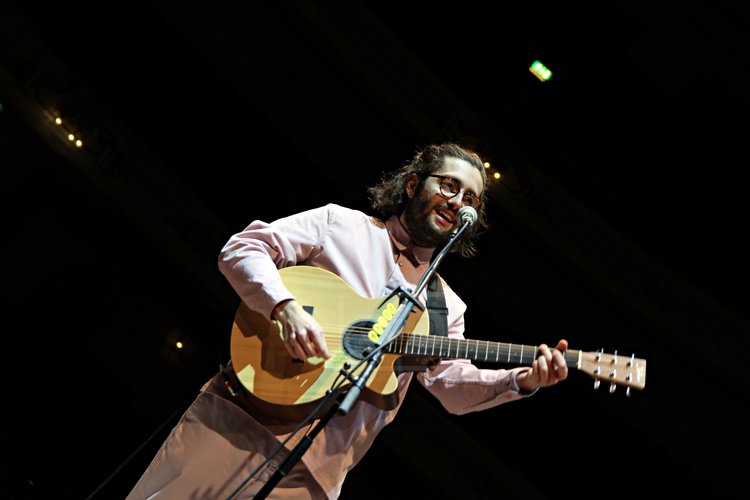