Following the release of their first ever acoustic album MTV Unplugged: Live At Roundhouse, London, Scottish rockers Biffy Clyro brought their stripped back set back home to Scotland’s Capital at the beautiful intimate venue which is Usher Hall.

It was a very exciting evening from the moment the eager home crowd fans stepped through the venue, some stopping in awe as they looked on at the stage covered in woodland plants, glistening fairy lights and very large tree at the centre of the stage.

First up warming up the Scottish crowd in the beautiful venue which is the Usher Hall was Australian solo artist Juanita Stein, returning to Scotland to play a stripped-back performance opening up for Scottish rockers Biffy Clyro, Juanita Stein returns to Scotland to play capital after her epic performance at Scotland’s biggest music festival ‘TRNSMT festival’ at Glasgow Green earlier in the summer and also after touring with American rockers ‘ The Killers ‘ on their epic Wonderful Wonderful: World Tour.

Stepping on the stage, Juanita Stein performed a series of toe-tapping country-infused indie tracks which got the Scottish home crowd fans moving and ready for their favourite band who was on stage next.

Stein’s vocals blended effortlessly with the melodic acoustic chords to create a relaxed mood throughout the room. The 41-year-old musician treated fans to a variety of singles from her brand new album Until The Lights Fade, through to hits from her debut album America – all delivered with the same impressive range and heartfelt passion that made her so captivating to watch.

Ending her set with her album-titled track ‘America’ and the hip-shaking Get Back to the City, Juanita left the stage to a well-deserved rounds of applause from the entire room who got the chance to catch the glittering performance from the Australian solo artist.

Finally taking the stage in a red-rope suit, front-man Simon Neil was accompanied by fellow band mates James and Ben Johnston, who were immediately greeted by hard-core home crowd fans with adoring cheers from them.

And the performance was certainly matched with the scenery on stage, as the band played hit after hit stripped from their usual electric guise, given their new life on stage through acoustic instruments.

As the set began the Scottish trio performed hit songs such as The Captain, Saturday Superhouse and Re-Arrange; Simon dazzled the home crowd with his powerful vocals that never faltered throughout the entire set of their sold-out show which lasted an hour and half.

James Johnston’s expert guitar was playing which turned into rocking hits into haunting odes. Renditions on Black Chandelier and Folding Stars were just simply hair-raising and the room was so still and the audience were so captivated that a pin that could have been dropped. 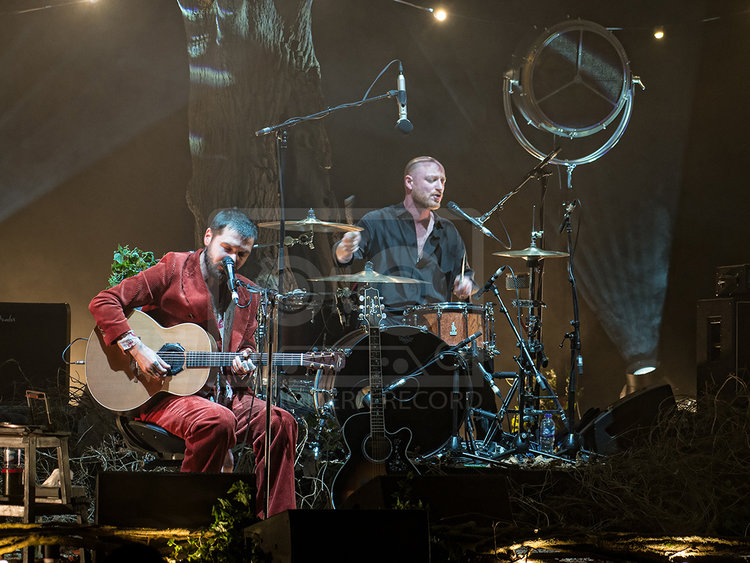 The Scottish trio treated fans to a wide range of songs from their extensive back catalogue throughout their set which included early hits such as Justboy and As Dust Dances, through to their brand new song Adored. One thing which definitely united all of those contrasting hits however, was the expert way to be delivered in and was packed full of passion in each and every lyric of each song played.

Continuing to belter through fan favourites such as their smash hit song ‘Bubbles’ which illustrated the band’s dedication to their craft, with soaring guitar solos and punchy vocals that were still as impactful in their acoustic format.

Despite the show being all seated show, the song still have the audience moving in from their seats dancing away to the song.

To Iconic chants of ‘Biffy F**kin’ Clyro’ to ‘mon the Biff’’, Simon appeared on stage again to kick-off the Scottish rockers encore under one single stage light on stage.

He delivered a haunting rendition of Friends and Enemies, before being joined by his fellow bandmates and backing group for 2009 hit God and Satan.

Urging the audience to get on their feet, Biffy closed the night with heartfelt ode Many of Horror, a spectacle that gives me goosebumps even thinking about it.

A truly special night from start to finish – Biffy Clyro recreated the same electric atmosphere of their stadium productions into one intimate acoustic evening that I and many ones will feel privileged to have the chance to witnessed. 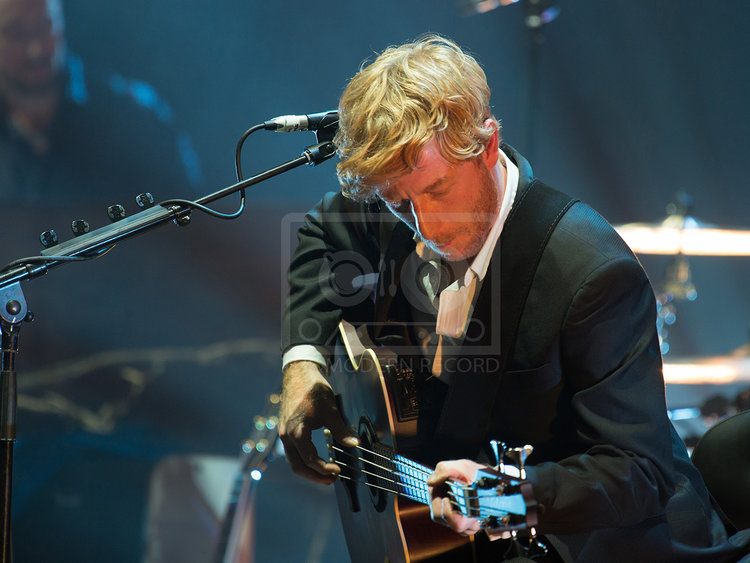