A Halestorm blew into Glasgow this evening, Lzzy Hale and her band erupting into the Academy and near lifting the lid off the old Glasgow venue, once a cinema in the southside of the city.  Supported on the night was by 2 bands. First on was Rews, a female duo from London and Belfast who warmed the crowd up nicely.

Second band to grace the academy stage was Avatar, a metal band from Gothenburg in Sweden.  Lead singer Johannes Eckerström very much the theatrical front man, resplendent in his black ringmaster outfit and horror make up, they had an obvious influence from the likes of Thin Lizzy, Queen, Iron Maiden and the heavier darker music like Rammstein and Marilyn Manson to the complete opposite end of the musical spectrum and the likes of Beethoven and Abba.  There was more than a few Avatar tshirts in the audience, its fair to say they are building a fanbase.  They wowed the crowd with their show and the crowd lapped it up. 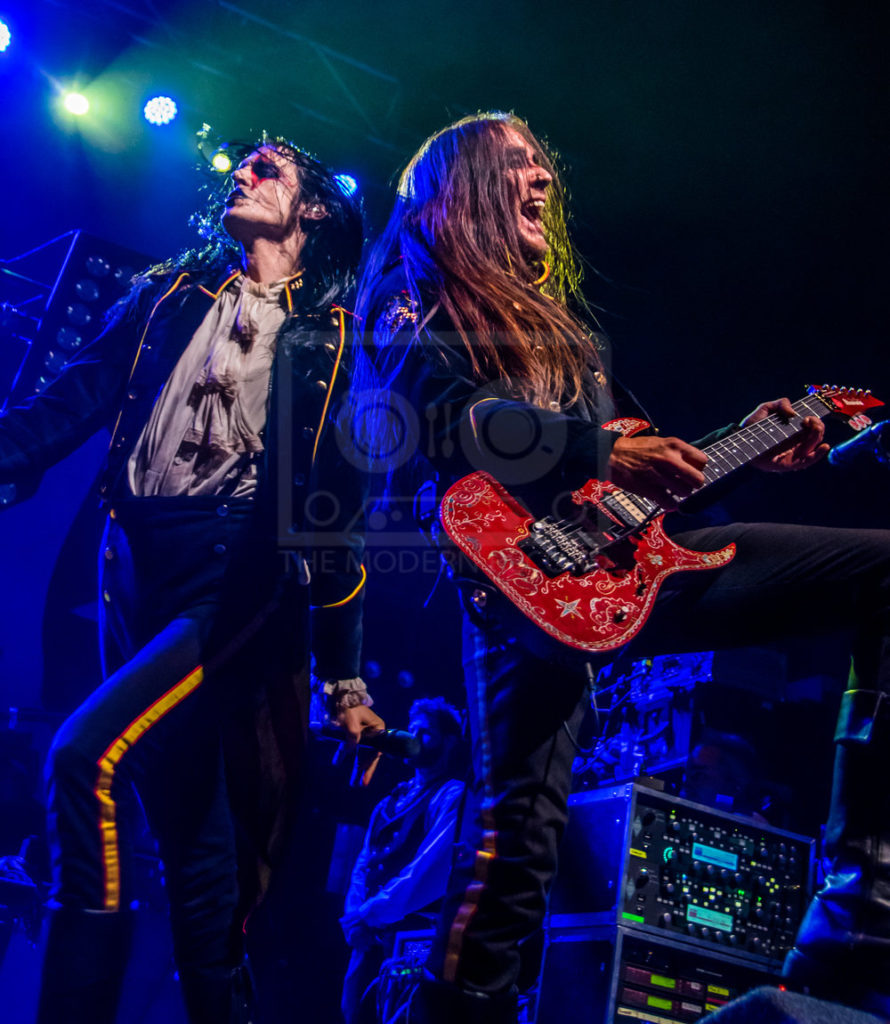 And now the main act, Halestorm.  Formed in Pennsylvania in the late ninties by Lzzy Hale and her brother Arejay, with Joe Hottinger and Josh Smith on guitar and bass, they cut their teeth on the road supporting bands like Avenged Sevenfold, Alter Bridge, Seether and Shinedown and are now a headline act in their own right.  Tonight they showcased tracks from their fourth album Vicious.  Opening to a rapturous welcome from the sell-out crowd with the title track of the album, they followed on with Love Bites, Black Vultures and Golden.

The band were on fire, the power in Lzzy’s voice exceptionally impressive.  Entering the stage wearing a deep red shaggy coat, the shoes she wore had heels big enough to be used in a parkour obstacle course.  The riffs and solos from Joe Hottinger on lead guitar were ear bleedingly good and thankfully his footwear was far more health and safety conscious! 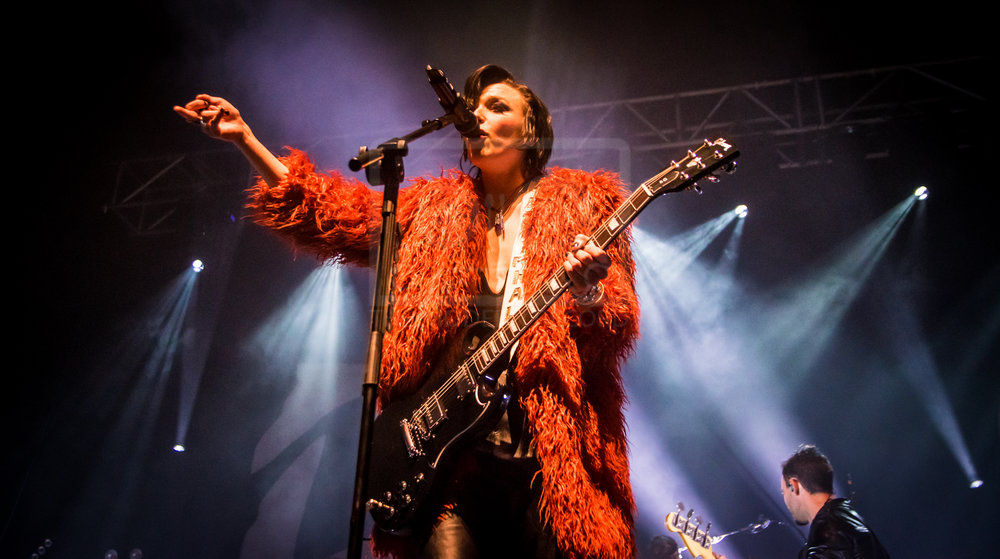 Skulls, Mz Hyde, Freak Like Me and Killing Ourselves To Live closing the first part of the set.  After a short interval the band returned to the stage for the 3 song encore, The Silence, I Miss The Misery and Here’s To Us, a deafening roar of approval from the Glasgow audience confirmed the band nailed it.

As Halestorm said their goodbyes to the theme from The Pink Panther, the crowd mingled out into the cold, damp and dreary night, each one beaming with delight from the evening they just witnessed.  A fantastic evening of heavy rock music from Lzzy and the band, the old building shaken to its foundations.  Catch them if you can.