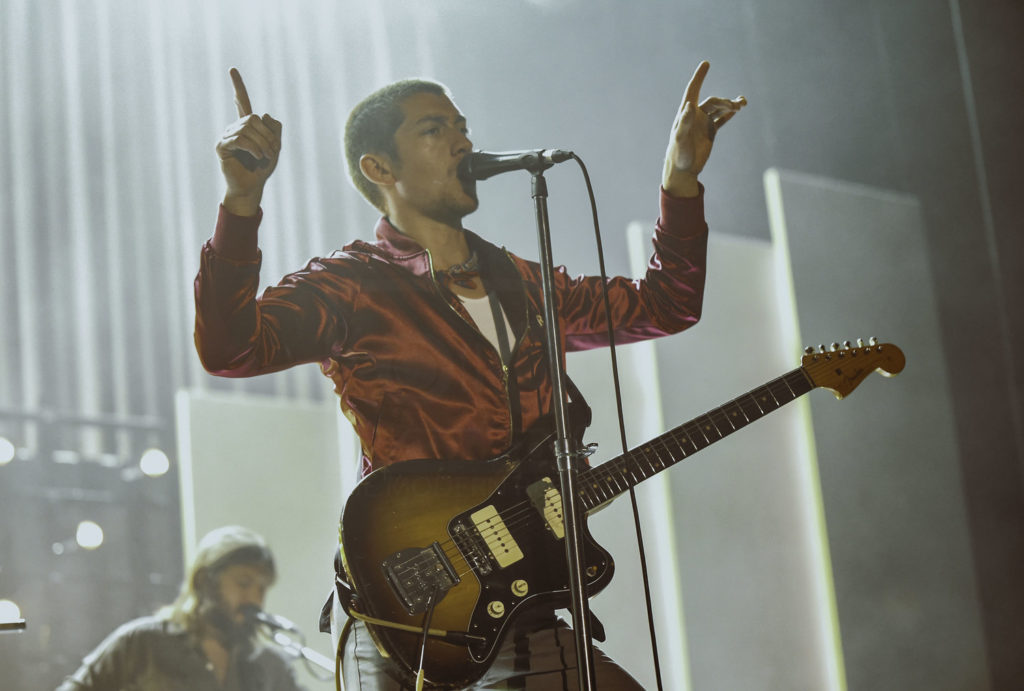 Arctic Monkeys headed to Newcastle for their final dates of a UK tour following the release of Tranquility Base Hotel and Casino.

The Sheffield rockers sound has changed very much since their debut album which stormed the charts twelfth years ago and those who were lucky enough to catch Thursday’s or Friday’s sold-out shows at Metro Radio Arena were treated to a career-spanning set – although with the notable omissions from first record, ‘Whatever People Say I Am, That’s What I Am Not’.

As the band appeared on stage, front man ‘Alex Turner’ appears on stage with shaved-head with no locks to be seen, also wearing a red sateen bomber jacket, white vest, skinny grey trousers and pair of Cuban heels, the charismatic turner was front, centre, and thoroughly in the spotlight throughout the set.

Starting with a song off the divisive latest record could be seen as a risky move, but opener Four out of Five was greeted warmly. Next up was fan favourite ‘Arabella’, from band’s successful previous album ‘AM’ and then followed by ‘Brainstorm’, from the second-album Favourite Worst Nightmare, which was the crowd’s first chance to really get going. The band just kept beltering through their epic set which seen crowd signing along to ‘Don’t Sit Down Cause I’ve Moved Your Chair’ which followed ‘Brainstorm’. 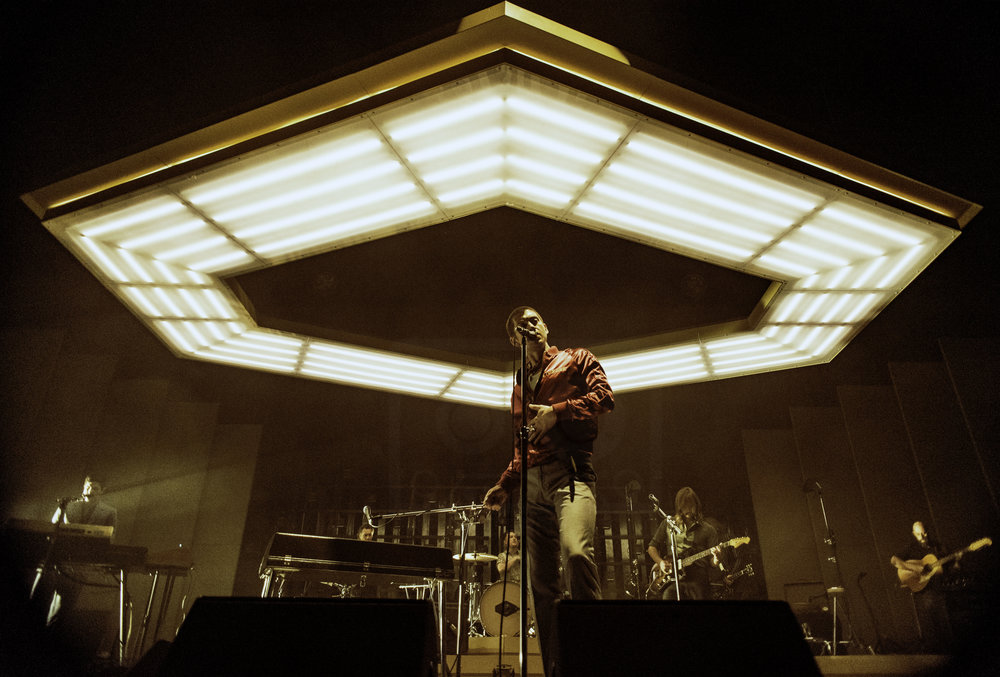 Throughout the sold-out show at Metro Radio Arena, Arctics managed to pull together a wide-range of fan favourites from their back catalogue, raising and dropping the tempo at their will. The set worked well and was allowing the geordie crowd to retain their energy and excitement for the big hits which appeared throughout the set, it also gave the band the chance perform tracks off ‘Tranquility Base Hotel & Casino’ a chance for fans to witness.

I expected fans to be a bit sceptical about latest record, although i really liked new album, this set was giving fans a chance to hear the songs which gave them a new perspective to hear the songs compared to listening to the album. I thought sound definitely Arena era Arctic Monkeys.

As mentioned earlier, the Sheffield rockers have come on a long way in the past twelfth years, and constantly recycling early songs – written as teenagers in Yorkshire – would be stale. Similarly, an over reliance on AM would be a little too easy. 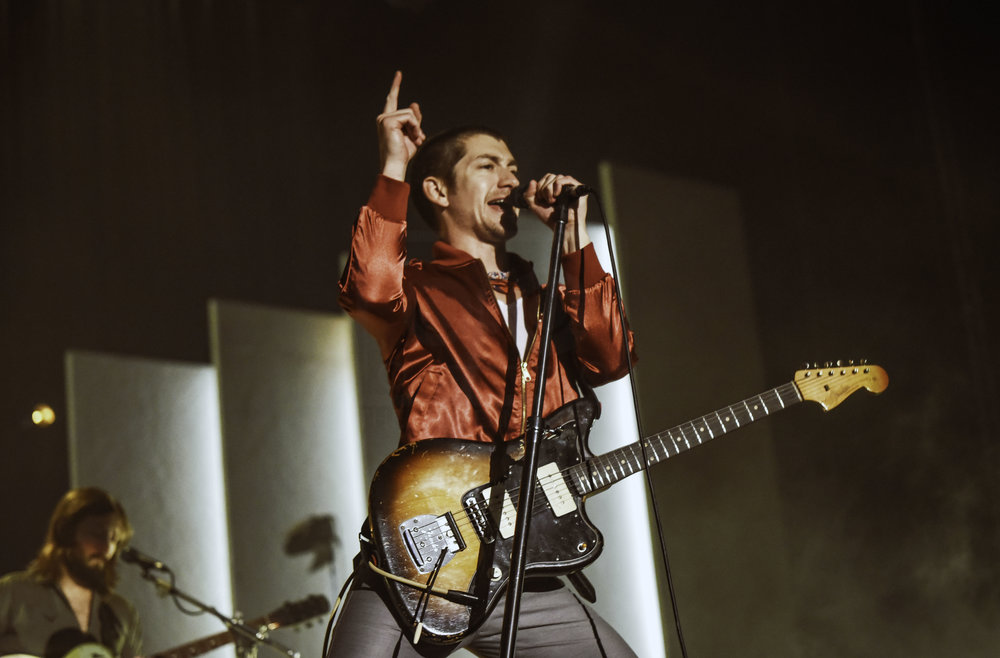 The biggest highlights for me definitely the band’s mid-set run performing tracks such as ‘Crying Lightning’, before performing ‘Teddy Picker’, ‘Science Fiction’ and ‘Why Do You Only Call Me When You’re High’. Around halfway through the set, the band performed fan favourite ‘505’ which gave the Geordie crowd a chance to belt-out an early Arctics favourite.

AM’s big hits were left to well reserved end of the set with ‘Do I Wanna Know’ and ‘One for Road’ closing the set. Before returning to the stage for a three-song Encore, which included their first single ‘I Bet You Look Good on the Dance floor’ and finishing with ‘R U Mine?’

The highlight for me was a mid-set run, which kicked off with ‘Crying Lightning’, before ‘Teddy Picker’, ‘Science Fiction’ and ‘Why Do You Only Call Me When You’re High. Around halfway through, ‘505’ gave the crowd another chance to belt out an early Arctics favourite. AM’s big hits were reserved for the end, with Do I Wanna Know and One for Road closing the set.

Overall Arctic Monkey’s set was outstanding success and went down a storm with Geordie crowd. Definitely would love to see this set again and we hope to see the band in the nearby future and excited to see what’s to follow from Tranquillity Base Hotel & Casino’ era.