GARBAGE RETURN TO GLASGOW TO CELEBRATE THE 20TH ANNIVERSARY OF THEIR 2.0 ALBUM AT THE LEGENDARY BARROWLAND BALLROOM 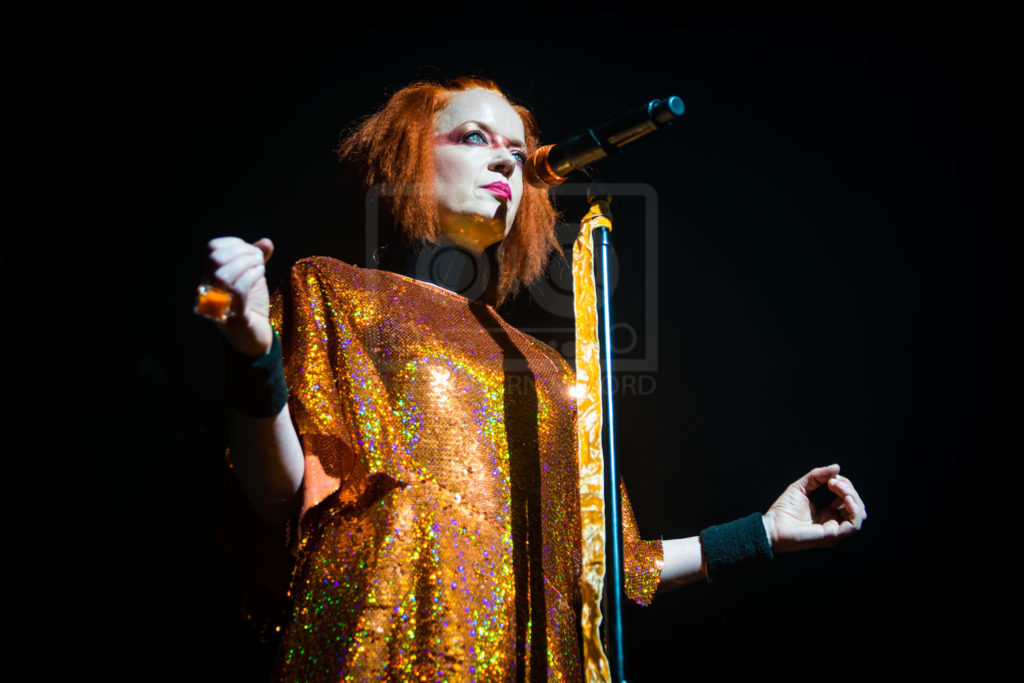 Garbage are back and ready to celebrate the 20th anniversary of their second album Version 2.0 with an extensive tour which sees them play gigs in the UK, Europe, USA and finishing up in Mexico in November.  The show in the Barrowland Ballroom was the second night of the tour, and still finding their feet, and still ironing out wee technical issues, they recaptured the golden days of the 90’s and took the venue by storm.

Playing thru a set list which incorporates the Version 2.0 album in its entirety, including single releases, the first tracks on the night were Afterglow and Deadwood, ‘B side’ tracks for 1998 single ‘I Think I’m Paranoid’, the second release from the iconic album.  ‘Temptation Waits’, ‘Wicked Ways’ and ‘Special’ followed, all tracks being well received by the packed Glasgow audience. 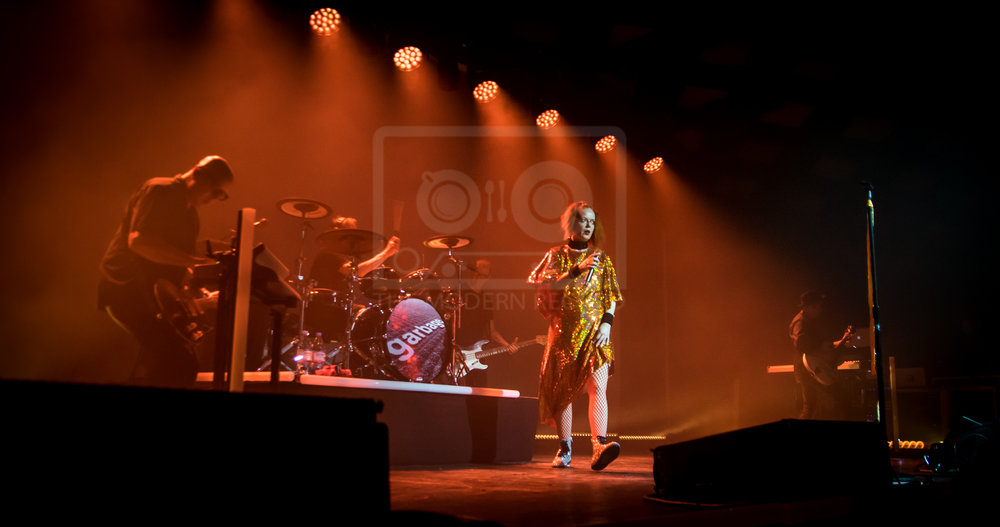 Alternative rockers Garbage were formed in 1993, and lead by driving force Shirley Manson previously of Goodbye Mr. McKenzie, she is joined by Duke Erikson on guitars, Butch Vig on drums and percussion and Steve Marker on guitars.  They were catapulted to success with the release of their debut album and the singles ‘Stupid Girl’ and ‘Only Happy When It Rains’, hit singles in the UK and starting a run of 16 top 30 chart single releases. This tour focuses mainly on the second album.

Included in the set is the song which would immortaliSe the band forever, the theme tune to the nineteenth James Bond movie, the 1999 hit single The World Is Not Enough.  Manson’s voice is top notch, and the musicians behind her are on top form too, as they run thru the remainder of the setlist. ‘Can’t Seem To Make You Mine’, ‘I Think Im Paranoid’, ‘Dumb’, ‘Push It’, ‘Grow Up’ and the routine gig closer for the band, ‘You Look So Fine’ and the first part of the gig was complete.  After a short break the band returned for 2 more tracks, ‘The Trick Is To Keep Breathing’ and a closing cover of the David Bowie classic ‘Starman’ and the gig came to an end. 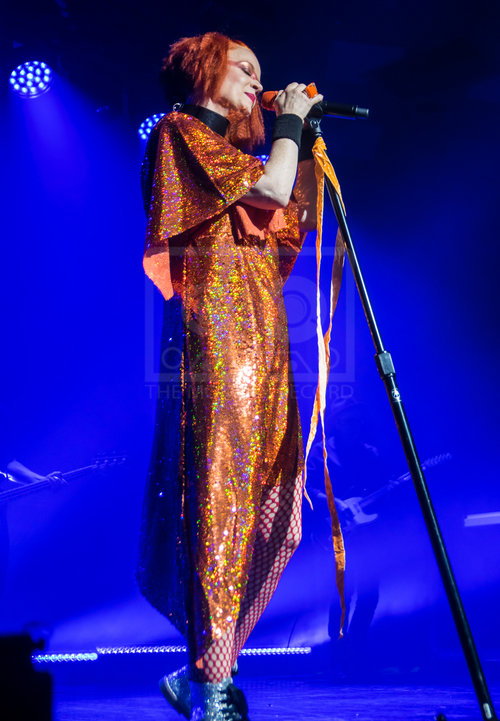 For the oldies among us who still think the 90’s were only 3 or 4 years ago, an evening reminiscing the album Version 2.0 is a night well spent.  For the younger ones in the audience who maybe missed the band the 1st time around, this was a great chance to relive the hype of the band and to hear a classic album played live.  The sell-out crowd certainly appreciated the music played this evening, giving the band a standing ovation, if that’s possible in an all standing venue, but you get my drift.

As someone once sang ‘I’m Only Happy When It Rains’, tonight heading to The Barras it poured, and we all knew then it was going to be a great night.

THE THE // BARROWLANDS, GLASGOW