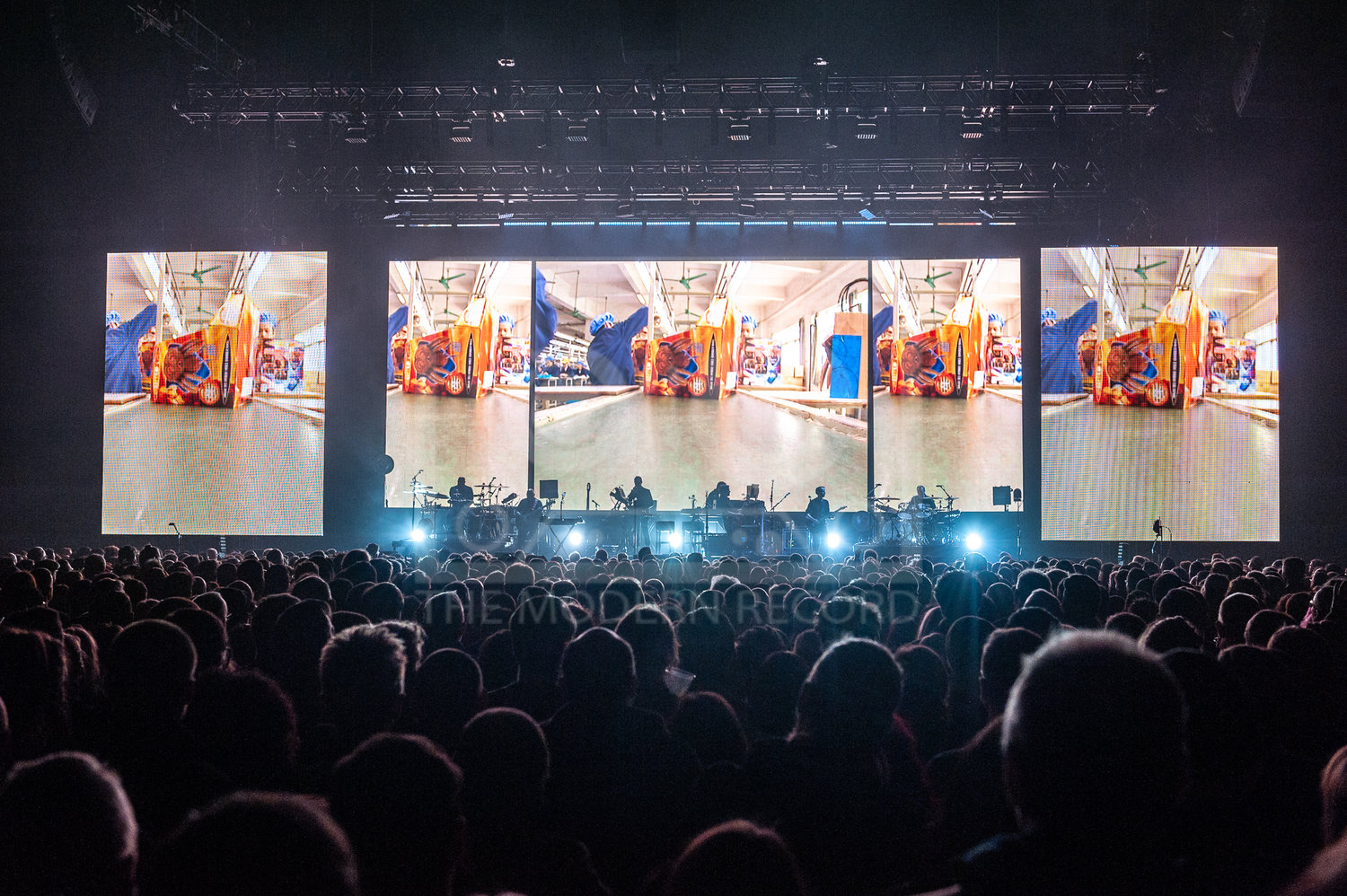 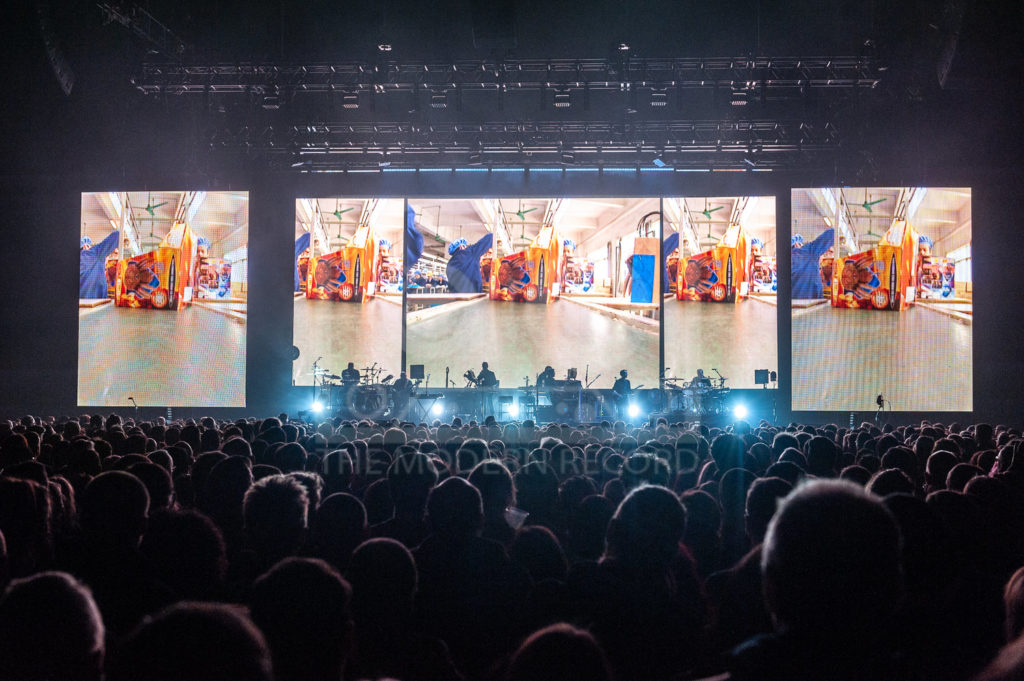 As pioneers of what music journalists came to call ‘trip-hop’ and dark electronica, Robert Del Naja’s musical collective known as ‘Massive Attack’ have never failed to defy expectations. It was on their third release ‘Mezzanine’ where they truly managed to blend dark, paranoid and fragile sounds together to create something as abstract as it is ambient; the dystopian sound of the modern world. Massive Attack kick off the 20th anniversary tour for 1998’s Mezzanine at the SSE Hydro in Glasgow, giving fans the first taste of how Mezzanine is recontextualised 20 years on.

Arriving on stage in flurry of white noise the 2 band members (Del Naja and Grant Marshall) arrived on stage accompanied by a full band including guitars, drums, percussion and various electronic sampling and triggering. The evening curiously began with a cover of The Velvet Underground’s ‘I Found A Reason’, the connection being that song is sampled in their own track ‘Risingson’. This was a first instance where the band seemed to defy expectations. The stage show was accompanied by visuals created by frequent collaborator Adam Curtis which leaned towards taking a socio-political stance. Images presenting themes of war, Trump and Putin, celebrity culture, data, media and cyber security accompanied tracks from the album which were played in no sort of sequential order. The images helped in showing how Mezzanine’s fear and paranoia in the modern world is relevant now more than ever. Del Naja’s monotonous rapping style glided over some tracks with Liz Fraser (of Cocteau Twins fame) arriving on stage to sing her cuts from the album (Black Milk, Teardop, Group Four) as well as reggae legend Horace Andy being present for his contributions to Mezzanine (Man Next Door, Angel). The band also performed a selection of covers of songs that were sampled in the record. (The Cure’s ’10:15 Saturday Night’, Ultravox’s ‘Rockwrok’ and Pete Seeger’s ‘Where Have all the Flowers Gone’?)

Performing their seminal album in a large arena provided many outcomes for the performance. One such outcome was the psychoactive effect it had on a large audience of people, evoking fear in some ways due to the social unrest shown to the crowd through the images on the screens. The downbeat and midtempo electronica lulled much of the crowd into a trance-like state. However, there is an obvious paradox created in performing an album that is so close, personal and dense in a massive space. Some of the connection achieved with the listener on the album was perhaps lost in a live setting and some cuts did not fill the room as much as others.

Massive Attack achieved an interesting and thought-provoking celebration of their magnus-opus ‘Mezzanine’ successfully recontextualising its dark ambience to fit with in modern world today with striking imagery and a haunting live show. 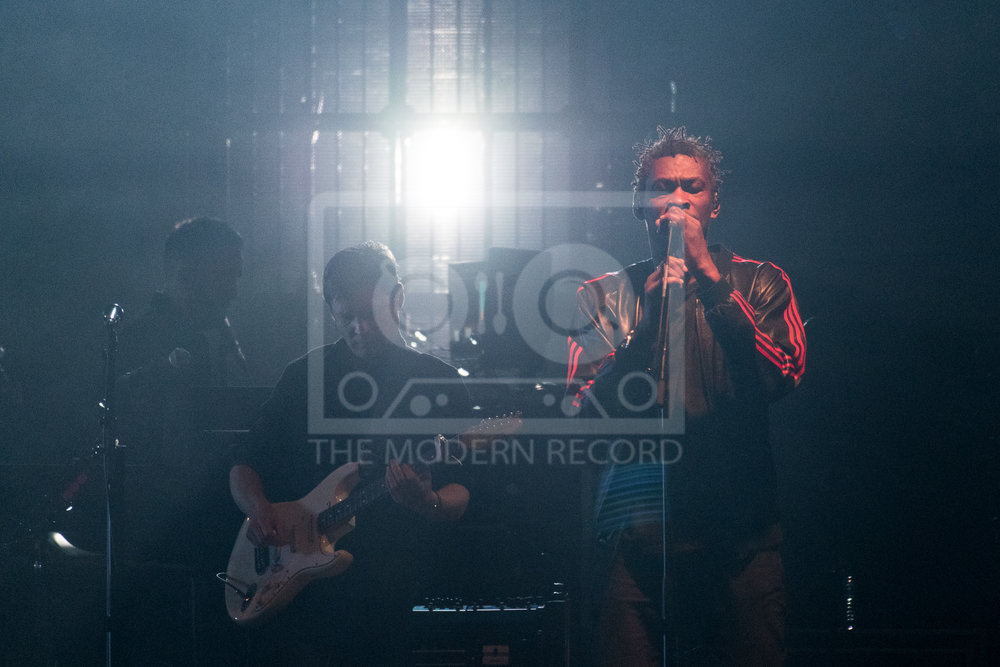