CALVA LOUISE STORMS THE STAGE AT THE PRINCE ALBERT FOR THEIR FIRST HEADLINE TOUR!

The Atmosphere and crowd was hyped at doors opening time for tonight’s Calva Louise end of tour show at the Prince Albert. Calva Louise completing a jam-packed 2018, non-stop touring with the likes of Spring King and The Blinders, as well as a relentless festival season, Calva Louise seem at home on the road and are more comfortable on stage than ever before.

First up for this evening’s line up was Brighton’s ‘Short People’ who performed with some grungy riffs. Heads swinging about the stage, they fitted the bill nicely for tonight’s line up, getting the audience moving to the bass heavy guitars with a ‘violent femmes’ influence to boot..

Next up was Kid Kapichi, an alt-rock band from Hastings who are experiencing their first tour following Calva Louise around the UK. There is a fair bit of hype surrounding this band and you can see why with the performance with ferocious energy and style. The guitar riffs were haunting as well as having two vocalists on stage. 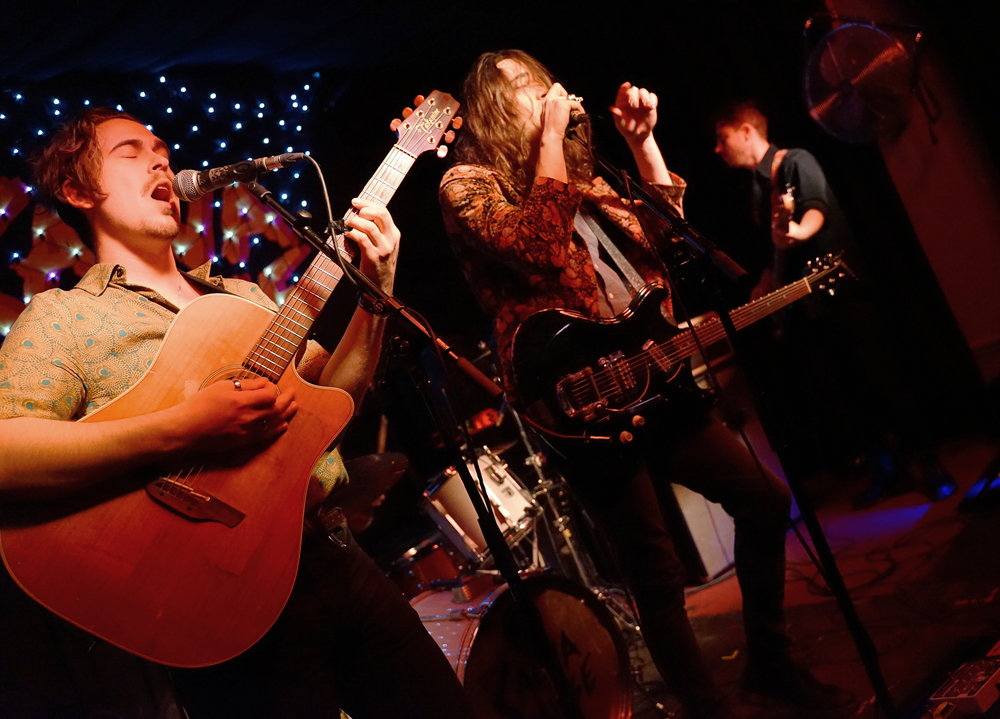 London’s Trio Calva Louise fronted by Jess Allantic finally heads on stage and welcome’s the already tightly packed crowd upstairs at the Prince Albert with a warm hearted smile, were the expectations were already on the highest note for a Wednesday night after the two support bands. With Calva Louise recently releasing the album ‘Rhinoceros’ the Trio were certainly ready for fun treat of a night, playing tracks from the album.

The Name Calva Louise was chosen by the bassist just because he likes the name! Calva, meaning ‘bald’ in Spanish and the band is heavily influenced by the Spanish playwright Eugene Ionesco.

The Theme tune chimes of the TV show Countdown was sounded by the DJ to announce the band onto the stage with the heat turning up for grungy feel, of the opening track ‘Outrageous’ that suits the band well with the smashing drums and harmonising vocals. As of tradition at the Prince Albert, a mosh pit formed in the middle of the room with fans dancing frankly to the songs such as Spanish sung ’No Hay’ and fuzzy, ‘Tug of War’.

Tonight’s show is perfectly put together and rehearsed, played with ease with the crowd interaction when Lead Singer Jess, who is Venezuelan, called the audience for a friendly mosh pit announced ‘we are all friends. Right?’ admirably admitting, the band had only played the song ‘Out of Use’ a few times live before!

You can certainly see the band going on to bigger things in the near future as the crowd shouted for an encore way past closing time and Jess came back on stage for an encore track. ‘Eleanor’ she said the band initially removed from the set. 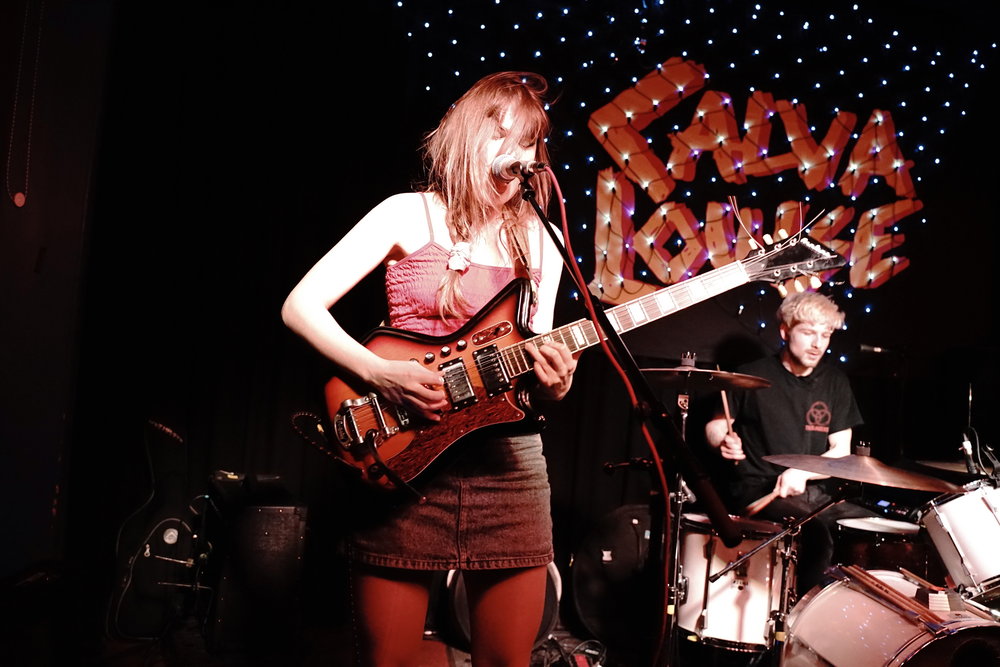 AT THE DRIVE IN // O2 ACADEMY, GLASGOW