IN 2018 YOU COULDN’T FAIL TO HAVE HEARD THE TRACK ‘NO ROOTS’ BLASTING OUT FROM EVERY RADIO STATION AND YET THIS MYSTERY WOMAN ALICE MERTON SEEMED VERY DIFFICULT TO PIN DOWN TO WITNESS IN A LIVE SCENARIO. 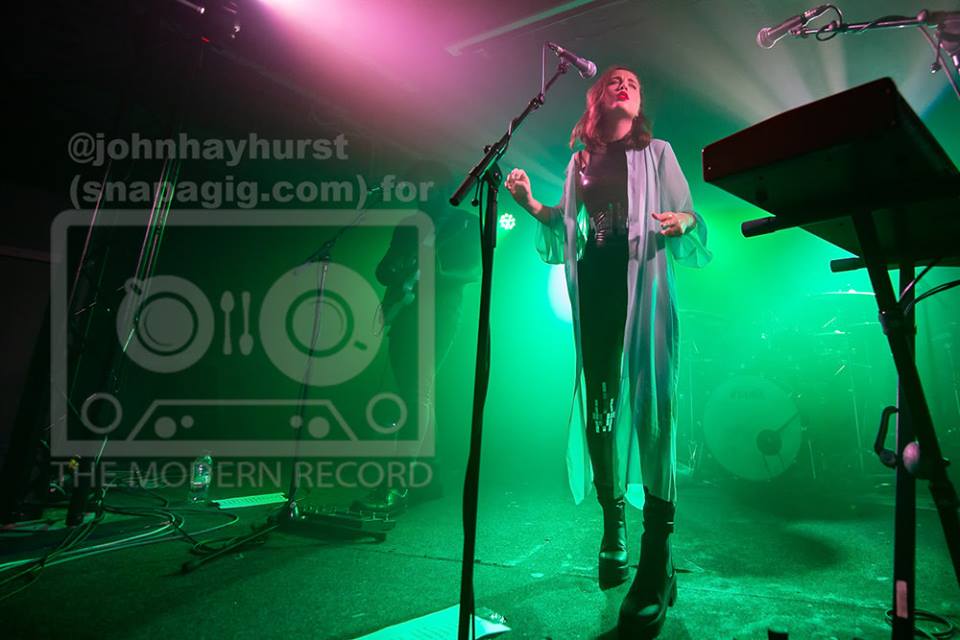 A few small dates at the tail end of last year and an almost arranged support slot on the Albert Hammond Jnr tour were the only gasps of a chance to watch this curious pop diva misnomer, as she then hibernated, eventually emerging from the studio earlier this year with a debut album called _‘Mint’_.

A mixture of reviews of the album can be found online, but when her 1st foray into the North of the UK was announced, tickets were immediately snapped up and sold out, getting a ticket tonight was not easy, unless you were a lucky one who knew well in advance.

The stage is bathed in green as Merton emerges wearing a skin tight black and silver sparkly outfit with a green silk over shirt and a backpiece with the word MINT in block letters draped down to the floor. _‘Learn to Live’_ is pumping from the musicians behind and Alice looks 1 part worried and another excited, wildly thrashing her arms forwards as the opening lyrics set the tone. _“They’ve got fire, Well I’ve got lightning bolts, They keep hunting, Tryin’ to kill my hope”_. The whole show seems to be a nervous attack at the system, the record companies that didn’t get her music, so she decided with her partner and manager to go it alone, set up her own record company and produce it all themselves DIY style.

At the heart of it all Merton stands central apparently combatting intense anxieties that force her off this stage after only a few songs, she said “I’ll be back”, not in an Arnie style, more like “I’ve forgotten I left the gas on” urgent exit. She did return though, outpouring grief with tear stained eyes explaining that her anxiety sometimes makes her physically sick and the only thing that seems to help is to chew mint gum – hence her album title and attire.

She went on to say that she may struggle to finish the show tonight and at that point I was worried that this was some kind of PR stunt, a play for attention maybe, and if I found later that she does the same thing at every show I would immediately have binned her in the pretentious basket and moved on. However, I haven’t found it, so it would appear very genuine. If she is truly battling the anxious demons at a small sold out club in Leeds, I’ve no idea how she will cope with a larger hall or festivals later this year. 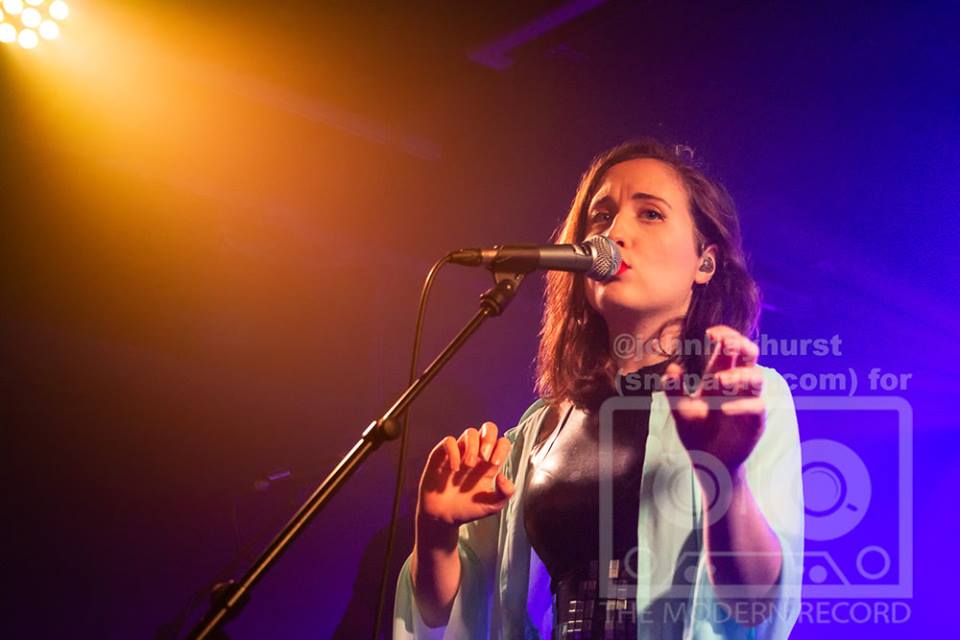 The crowd made up of young teens and an older mix showed the kind of love for Alice Merton tonight that they would normally reserve for the closest of family members. Grown men shouting _“We love you Alice”_ and after nervously laughing she graciously continued with the show _‘Honeymoon Heartbreak’_ being even more heartfeltly sung by both her and the audience. It took the next song _‘2 Kids’_ to show that fighting side back again and by that time we were starting to get more into the funky singalong that makes her a special colourful attraction in contrast to the pale stale male brigades that usually play around here.

When the debut mainstream single ‘No Roots’ came up we were fully in the flow of enjoying this German-Canadian-English nomadic princess of pop, who apparently has British Citizenship! And is very proud of that (unlike most others here, who would probably prefer to be Yorkshire Canadians).
She has a voice not too dissimilar to Florence Welch and she must be sick of that comparison, but Florence floats on tiptoes – Alice kicks you in the nuts! She is really more akin to Pink! without the circus act and definitely her songs are bigger than these places she is playing right now.

Radio play though will dictate whether she becomes a one hit wonder or someone with a stronger career plan. If she wants to be the latter, those nerves need to be controlled. A fun night that almost came to an end early, ended with another moment of tears and tenderness as the whole place screamed for _“One More Song”_ and she returned for a fantastic rendition of _‘Why So Serious’_ – why indeed!, when you have great tunes like this, just smile and get on with it. She promised a return to the North soon, I hope so, because Leeds Loves Alice! 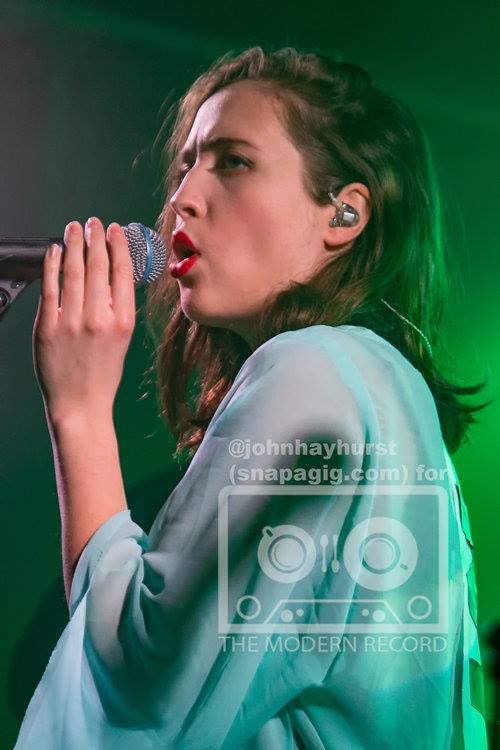