EASY LIFE AND THEIR DREAMY INDIE, HIP HOP BEATS HAVE CREATED A DISTINCTIVE RIPPLE IN A HEAVILY SATURATED BUT VERY ACTIVE MARKET AND THEIR WAVE HAS CERTAINLY STRUCK GLASGOW WITH FORCE. 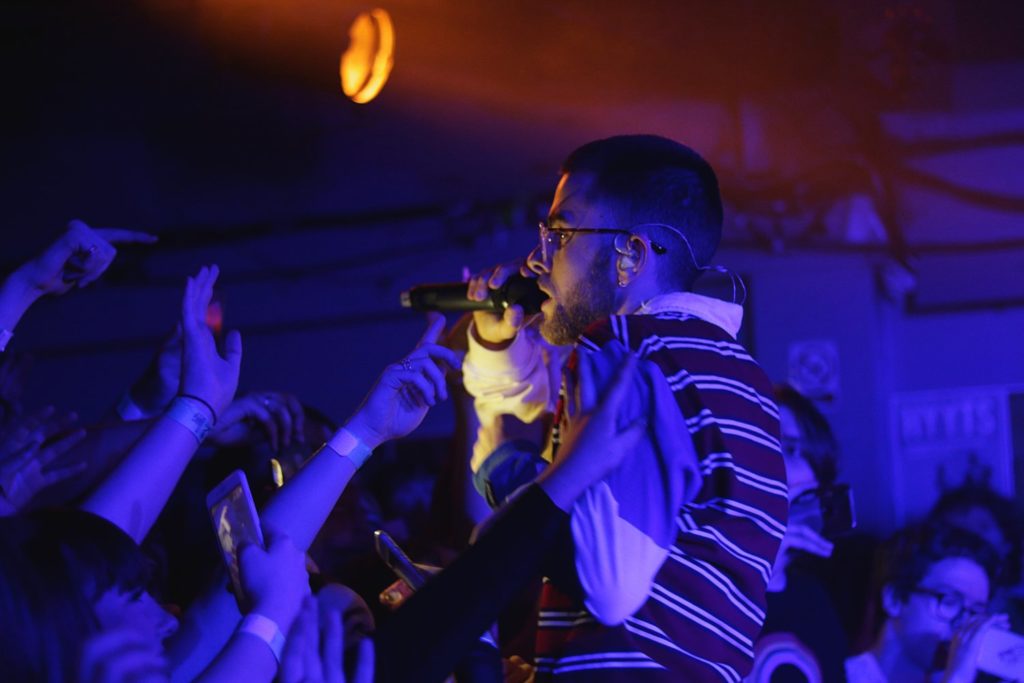 An act like Easy Life is hard a one to sum up. Their unique style blending is modern and results in tracks jammed full of layers and twists. With a slick addition of horns, trippy synth and edgy mixing, their tracks bring to mind a combination musicians like Mike Skinner, Jamie Treays (Jamie T), Mac DeMarco and TOO MANY ZOOS. They’re rom the English midlands, a city called Leicester. The five lads have a freshness to their sound and, in a short two years, they have done a brilliant job of building fans. The mixture of uplifting, colourful rhythms, with honest, frequently melancholy, lyrics makes them a perfect fit particularly for the youthful, thoughtful minds out there.

The queue was a long one to get in to Glasgow’s intimate and prestigious venue King Tut’s Wah Wah Hut as doors were set to open for Easy Life’s hugely popular show. Preppy, trendy folks in block, bright colour or pastels, cropped jeans and fisherman hats filled the friendly bar. People who kept in touch with the cutting edge filled the bar.

The night’s support was immense. It is rare to experience such magnificent talent, energy, and hype build up in any act, let alone the warm-up for a band still in their relative infancy, at a Wednesday night gig. DJ Jacky P set the mood with banging mixes of smooth R&B jams to which he swung his eel hips enigmatically and the crowd tried their best to get on his level. But it was when he was joined on stage by the sublime MC Che Lingo that the night really exploded. Lingo is a South London born rapper whose smooth music nods to grime, trap and garage. It was his first show on the tour and he really built momentum in the room. He stated it was his first time in Glasgow and he left a standout allure with the Scottish crowd. His track ‘Circles’ was a personal favourite but all his tracks were well delivered and his on stage vibrancy and power was incredible. He knocked it out the park, with Jackie P mixing his beats; the crowd was jumping and chanting back at Lingo’s command. His sense of humour came across as well as his banging style and slick moves.

When Easy Life bounced on to the stage the fans were more than ready. The band are completing a European and United States tour and their Glasgow show was their first in the British leg of the tour after hitting America. They had only just arrived back from New York but none of the members looked affected by all this travel. The band is not shy of hard work and look like they know how to enjoy themselves on tour. They are booked to perform at a large number of festivals this year including two dates at Coachella, Brighton’s Great Escape, Manchester’s Parklife, Sheffield’s Tramlines, Latitude festival and Y Not festival – to name but a few of their summer ventures. 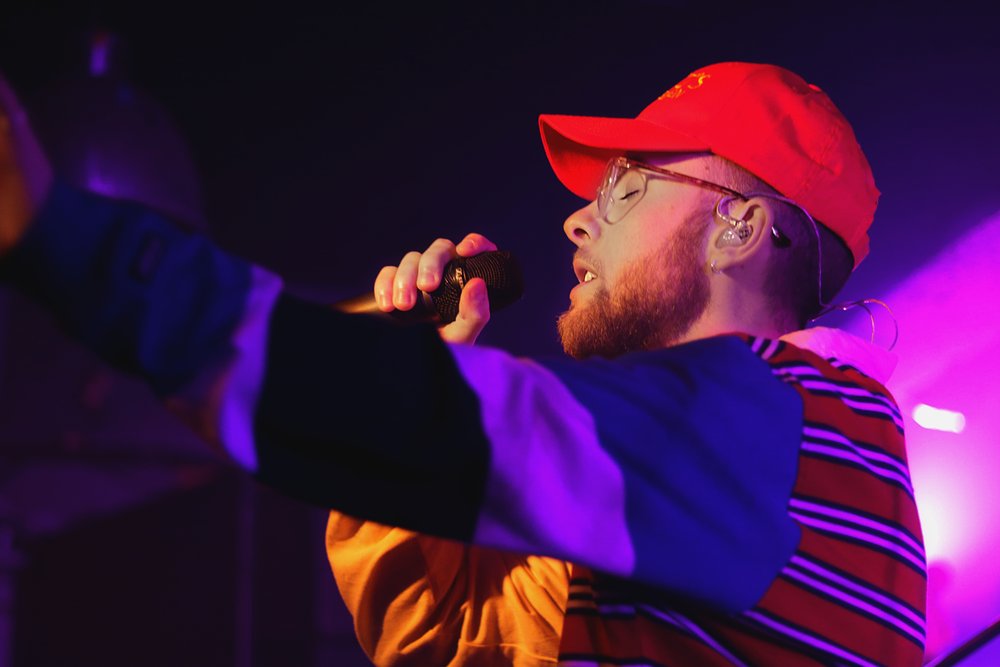 Their set was incredible. The lads all looked so deeply focused in their own parts all the while completely transfixed in enjoyment of the sound. Highlighting moments of their set included the passionate ‘Frank’ with it beautiful addition of an acapella part. ‘Sunday’ was seemed so relaxing that it was melting better butter for the ears and ‘Temporary Love, Pt. 1’ is a track that definitely needs to be released by the band. The track ‘Slow Down’ is a beautiful, float away melody. Every moment where Murray picked up his Trumpet or Sam picked up his saxophone their music instantly became something a little bit rarer. The track ‘Pockets,’ which was included in Fifa 19, was sung so loudly by the fans that you could barely head lead vocalist Murry. It was this track and there encore ‘Nightmares’ that seemed to get the biggest reaction from the crowd as a sea of frenzied waving arms and swaying bodies lost themselves.

A few days ago Easy Life put out a new mixtape of unreleased music called ‘Spaceships,’ essential listening for any interested party, which contains the tracks played on the night ‘Sundays,’ ‘Afters’ and ‘Wet Weekend.’

Easy life are golden find for fans of new style of trip-hop and modern, dreamy, mixed up indie. They are talent and come across hard-working but have a carefree feel to them. They’re music can uplift from as well connect to suffering and their live show gives off just how devoted these musicians are. 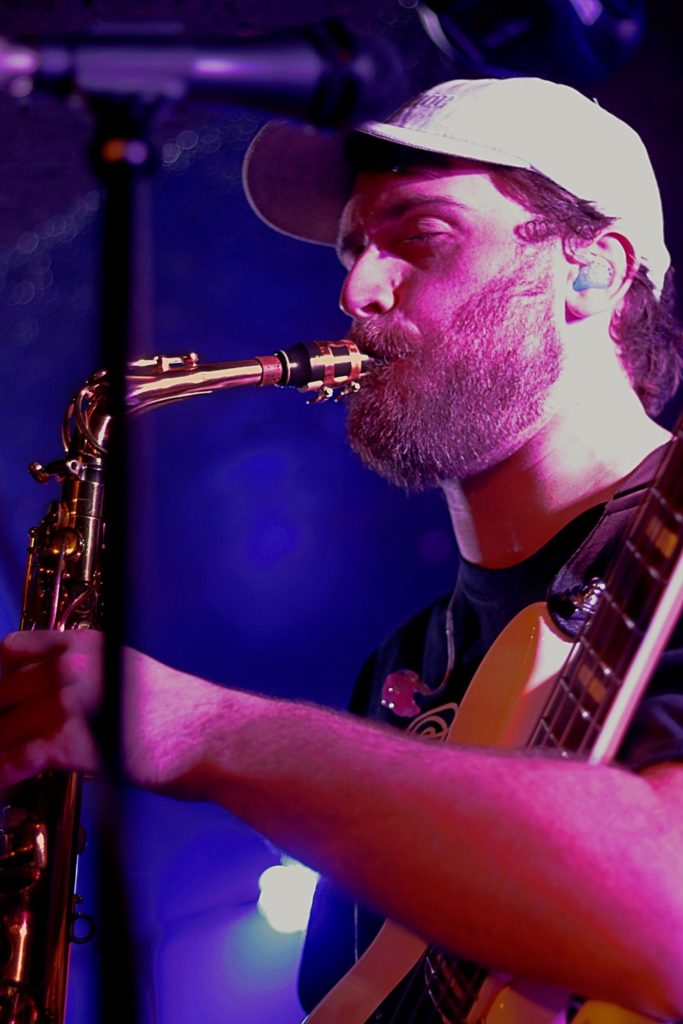