MICK JENKINS DELIVERS AN OUTSTANDING PERFORMANCE OF SOULFUL PHILOSOPHICAL RAP MUSIC ON THE LAST DATE OF HIS PIECES OF A MAN TOUR. 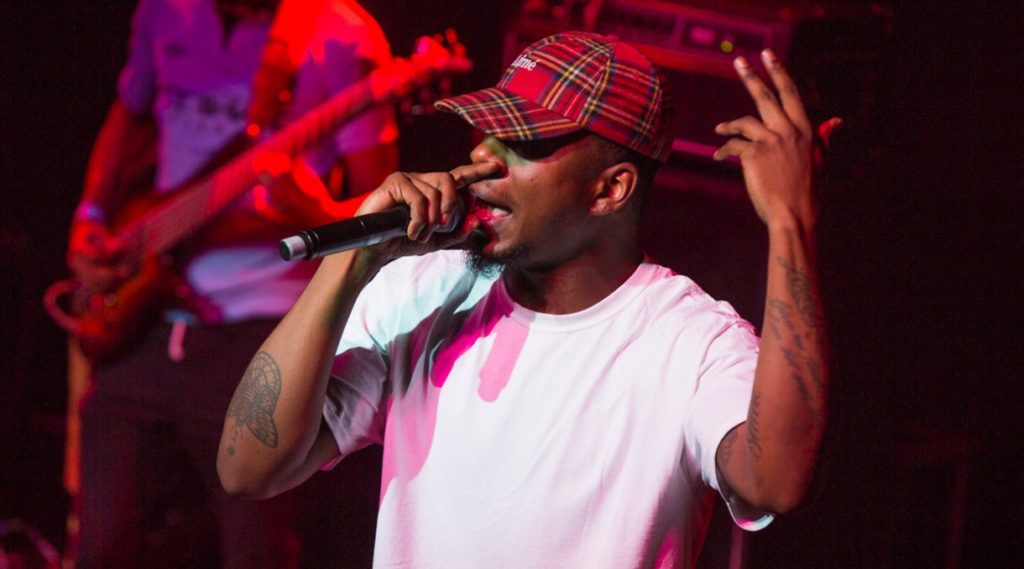 Mick Jenkins has never been an artist afraid of lofty concepts, often embracing them as impetus for his poetic hip hop. His breakout mixtape, The Waters was regarding the use of water as metaphor for searching for complete truth. He arrives in Glasgow touring his latest record Pieces of A Man.

Though Pieces of A Man was critically acclaimed it seems to have not quite received the attention one of the best records of 2018 merits. It’s contemplative but direct nature explored concepts of the self as he breaks himself down to show his multifaceted personality. The album also highlights the need for collective understanding and personal growth over catchy but gentle jazz beats and is certainly worthy of its Gil Scott Heron referencing title.

Mick Jenkins could be excused for appearing weary on the last night of his long European tour, however he is in full voice thought out the gig. His flow is imperious perfectly acquiescing and appearing to guide the beats beneath him. Surprisingly, he is joined onstage by a bass player and drummer. These musicians add drive and power to the show.

Early in the set the Chicagoan rapper quickly drops his biggest song Jazz, this immaculate performance of a peerless song is met with a frenzied reaction from the crowd. Throughout the show he calls back to the refrain of the song and the audience chant along “Drink More Water” each time increasing their ferocity.

To have Jazz so early in his set illustrates the confidence the poet has in the Pieces of A Man material, this is not misplaced. Jazz, is followed by Reginald which demonstrates speed of his flow, his authoritative voice never sounding rushed but always urgent. Ghost, is a testament to the ideas of Pieces of A Man as he expresses his desire to shun the limelight and work to improve his personal relationships and his ability as a lyricist.

Mick Jenkins explains part of the concept of Pieces of A Man is demonstrating in this age of instant information and online hysteria we tend to be quick to judge people. While also stressing that each human self has many different aspects and we need to work together to improve ourselves.

Mick Jenkins briefly extols the virtues and healing power of love, the concepts which drove his album Spread Love, fitting he plays the title track this produces another epic singalong. He also plays two new songs which both contain hooky chorus but stick with the contemplative nature of the material performed tonight. They sound like they will be perfect summer music and he promises there will be more to come this year.

Towards the end of the set the focus is back into Pieces of A Man, the bouncy Gwendolynn’s Apprehension is driven by keyboard flourishes, before the stark Pull Up depicts the need to sometimes cut loose friends who are preventing you from developing yourself. The unobtrusive lo-fi beat really showcases the dark and poetic nature of Mick Jenkins writing.

The set is closed out with shorter versions of Martyrs and Jerome. After, one final chant of Drink More Water, he leaves the stage and he does not return despite the crowd baying for an encore.

This show was a perfect distillation of Mick Jenkins artistic vision as a rapper and his skill as a performer. There was not an ounce fat or any filler in his hour-long performance, yet he still managed to put across the depth of ideas while thrilling the audience.