THE INTERNET STORM SWG3 WITH THEIR EXQUISITE SEDUCTIVE FUNK 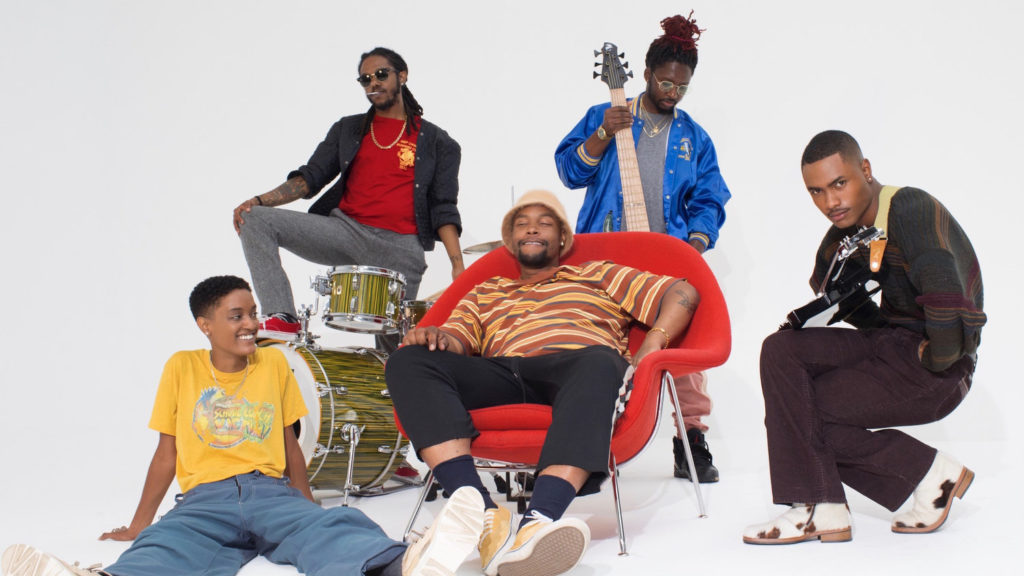 Despite an early start, which meant the sold out SWG3 was not quite full The Internet take the stage to a storming reception.

They immediately waste no time kicking proceedings off with Come Together, the album opener on last years Hive Mind. The song is a perfect summation of what makes the Internet so beloved, the guitarist and sometime vocalist Steve Lacy lays down an irresistible groove and this is combined with delicate sultry voice of lead singer, Syd. Come Together, in a live setting is transformed from not just a lilting siren call but also a powerful plea for unity.

The six-piece band then have the audience dancing with the infectious disco beat of Roll (Burbank Funk) as Steve Lacy and Syd combine for the first time this evening. The influence of George Clintons Parliament is apparent, in the P-Funk esque guitar and the fat basslines.

The dancing continues to older songs, with Syd clearly in awe at the generous reception from the crowd, Dontcha, Under Control and Gabby receive. She jokes the sold out SWG3 is step up from the last time they visited Glasgow and there was 12 people in attendance.

La Di Da, takes us back to Hive Mind though it is an enjoyable and light catchy piece of funk. The concise nature of the song highlights that a few of these songs could perhaps be more engaging if the band were to flex their considerable music talents and extend or improvise some musical flourishes.

There is also an issue with Syd’s vocals, though stunningly delicate and performed immaculately, the mix seems to be too quiet. This could be an attempt to mirror the records where her beautiful voice has a lot of space to glide smoothly over the songs. At times here she is dwarfed by the music. This is also a problem on the quiet songs such as Mood, Hold On and Stay the Night as her voice is not loud enough to carry them.

However, the dirty glam stomp of Come Over and Special Affair are knockouts and certainly have the crowd onside with them. Another great moment is when Steve Lacey takes lead vocals for Beat Goes On, and is met with emphatic chanting of his name.

The set is finished with Get Away further demonstrating the effortless and brilliant vocal interplay between the two singers. The Internet’s alluring funky jams ultimately proved to be an ideal band to get Glasgow dancing.