EXUBERANCE AND ASTONISHMENT WERE THE KEY FEATURES IN VINTAGE TROUBLE’S BALLOWLANDS SPECTACULAR AND IT WAS SUPERB. 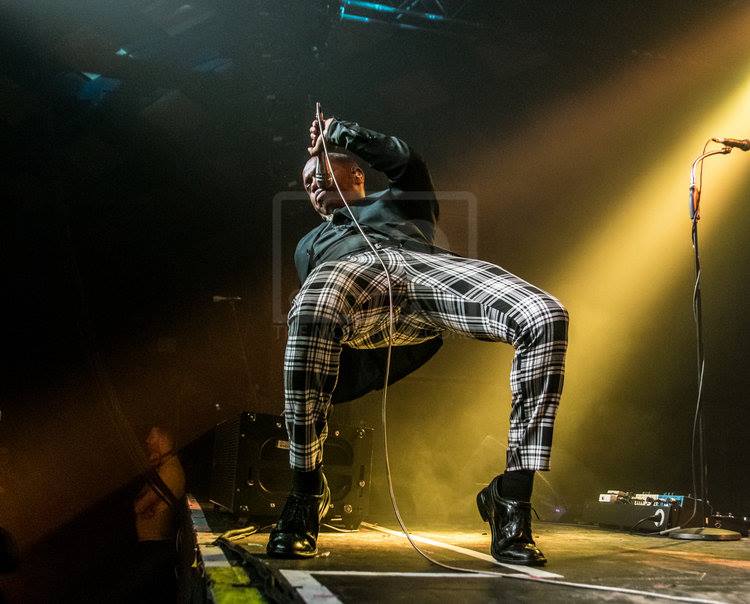 Vintage Trouble are a band who come across as if they have been performing together for decades. It’s almost unbelievable to think that they began as a band in 2010. Their R&B style is dripping with retro flare and draws from soul, blues, funk and rock and roll. With popularity that is steadily growing in the UK, they continue reach highs in their home in the USA.  They brought a fairly large crowd in to the Glasgow iconic Barrowland Ballroom with wide age demographic.

Vintage Trouble’s opener was the comforting ‘Nobody Told Me.’ This is a warm ballad that has a touch of gospel to it, especially during this performance as frontman Ty Taylor started a back and forth with the crowd. Towards the end of track Taylor repeats the line ‘heavier and heavier’ and he had the crowd singing it back to him at such volume it seemed like everyone attending was raising their voice. This was brilliant choice for opening and was performed amazingly. It set the tone for the performance to come.

Following this, Taylor really just started to show what he was made of. As the bpm increased so did his energy and showmanship. They played the track ‘Knock Me Down’ and Taylor zipped all over the stage at speed. Then, blink and you missed it; he jumped down in the audience and ran to the back crowd. He sung inches from fans faces and delighted in the energy of the audience. In to next track ‘Still and Always Will’ he was into the audience again. This time he was right at the back of the arena and up on the viewing platform. During all this exuberance, he never seemed to stumble his stride or stutter on a word.

They played the just released ‘Everyone Is Everyone.’ It is a song that would make almost any listener stop in their tracks and pay attention to it. It was effortlessly smooth and Taylor’s voice seemed to melt in to the melody so perfectly. Then was ‘Do Me Right,’ a brilliant modern funk song. It should have had such an impact but it was in fact a moment in the set where, compared the rest of the set, the track fell slightly flat. It did not have the energy that matched its pace or that of the previous tracks. 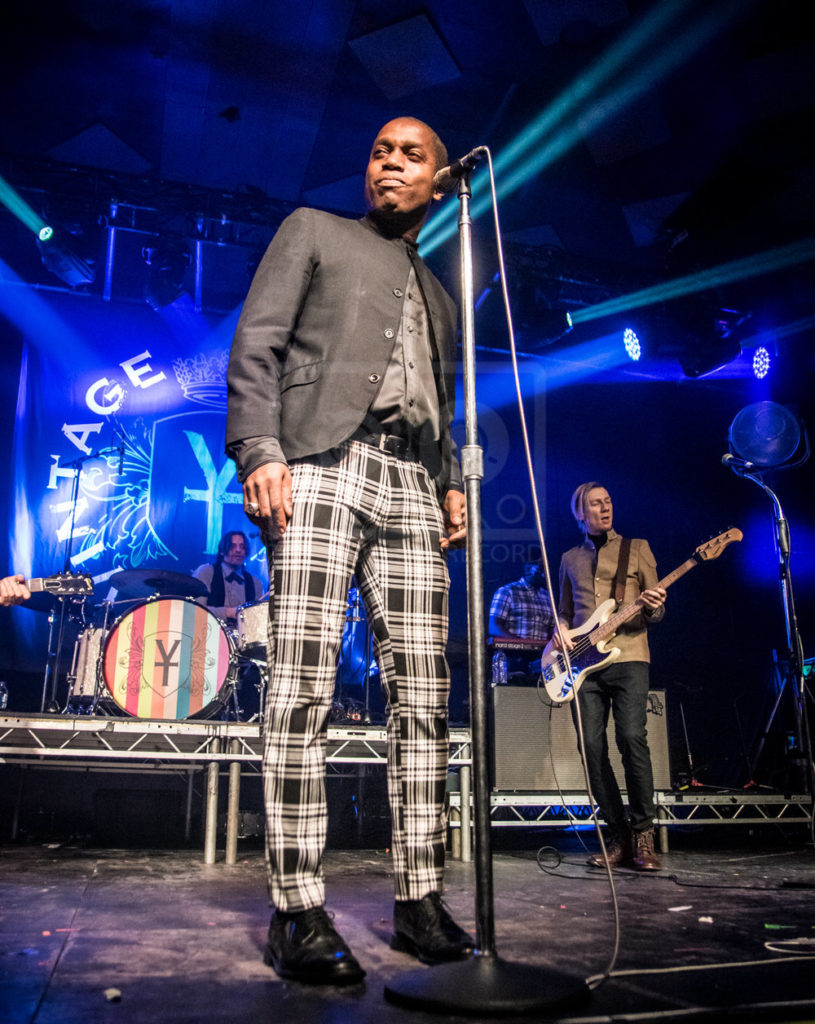 Nalle Colt then comes with a lightening fingered solo and Colt does not look down at his guitar; his head is thrown back with passion. ‘Run Like River’ then really kicks in and it was a lively stomper. Taylor wass in full command as, once again, he ran to the back of the audience and crowd surfed, with a mid-journey hand (possibly head) stand, back on to the stage. They reprise this bouncing track, to the delight of the crowd, and complete it with a magnificent keyboard solo.

Then we hear the powerful ballad ‘Another Man’s Words’ and the soft, sunny ‘Doin’ What You Were Doin’’ It the latter, they encouraged the crowd to sway and the whole room seemed to oblige and surprisingly, as apathetic gig attendees are inevitable, the rocking stuck right through the whole song.

Because of sheer energy of the evening, it seemed as though only half an hour has gone by before Vintage Trouble were on to their encore. They chose ‘Don’t Stop Forever,’ a song that sounds like it has come straight out of Stevie Wonder’s playbook and one of their most popular numbers ‘Blues Had Me Down.’ They stood together and the crowd exploded in applause.

All band members played slick performance. Ty Taylor definitely had the limelight throughout the show but the whole band put in the work to make the night so memorable. Rick Barrio Dill looked immersed in the sounds and seems to atomically in time to the beat.  Nalle Colt displayed his mastery of electric guitar. Richard Danielson drumming style looked relaxed, joyous and carefree but his control over his instrument is airtight. He was also wearing my favourite outfit of the night, looking as if he just stepped out of barbershop band, even trumping Taylor’s crisp monochrome tartan ensemble.

Rhythm and Blues fans take note! Seeing Vintage Trouble will bring smile to your face and then drop your jaw. You will leave with a spring in your step and melody that will stay in your head for weeks to come. Go see this band at any available chance you get as it is not often one is faced with such musical prowess all the while seeing performance with such vigour. 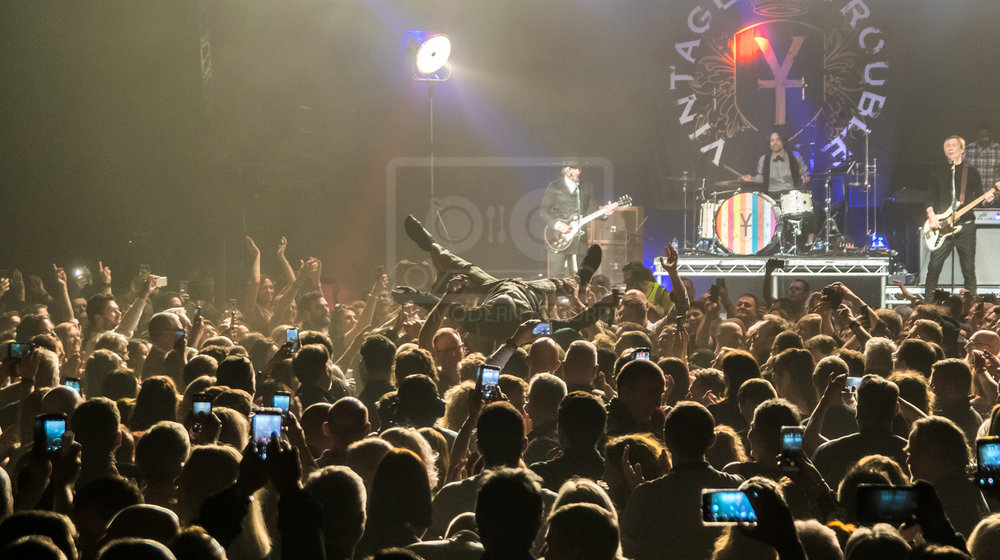