Anticipation has been high for this show with scores of fans wanting a place to watch Bristol’s Idles intimate performance ahead of their sold out electric ballroom show. Queues rapidly form outside, patiently to enter the small capacity space on a spring like evening in Camden Market.

After some drinks being passed out to the Idles t-shirt wearing fans from a makeshift bar and some mingling, front man ‘Joe Talbot’ and his band members, ‘Mark Bowen’, ‘Lee Kierman’, ‘Adam Devonshire’, and Drummer ‘Jon Beavis’ hit the stage to deliver a hammering rhythm of an angry punk inspired set like no other, as if the band wanted to roll-out a 40 years of punk hard-core history set into one single night.!

The songs are inspirational and are hard-edged as well soft at the same time with a message everyday of humanity, issues anybody in this day and age are dealing with! 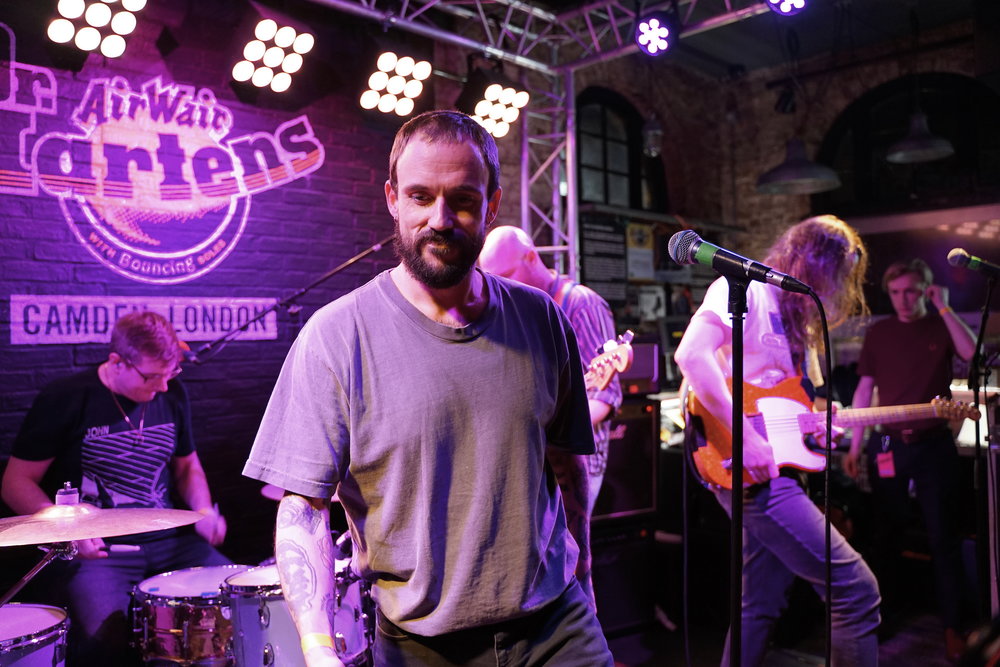 Idles have been going from strength to strength with releasing they second album ‘Joy as An Act of Resistance’, last year, exploding into the music scene with sell out shows across the country to follow on.. Idles formed In Bristol in 2009 and have their roots in the Bat-Cave Night Club, run by Joe Talbot and Adam Devonshire, whom he met at University, which eventually led to the start of the band!

The room Boot Room soon irrupted into a frenzy when the band kicked off with the white noise songs ‘Heel/Heal’ and ‘Well done’ taken from the album ‘Brutalism’ with the room filled to capacity.

Joe Talbot greeting fans with a warm welcome with, “how is everyone doing tonight, hope you are having a good time!” which lead to a aloud cheer and the thundering, beating drums of the next song ‘Samaritans’, right through with not letting a pause of breath go, the audience punching the air to ‘Rottweiler and Antics involving audience members being let loose playing guitar!

After tonight show, one feels there was no time to catch ones breath with the set played with such energy, weaponised choruses,  pure rolling noise, one coming away from a somewhat sweaty situation, but wanting to catch another one of their energetic gigs sooner than later! 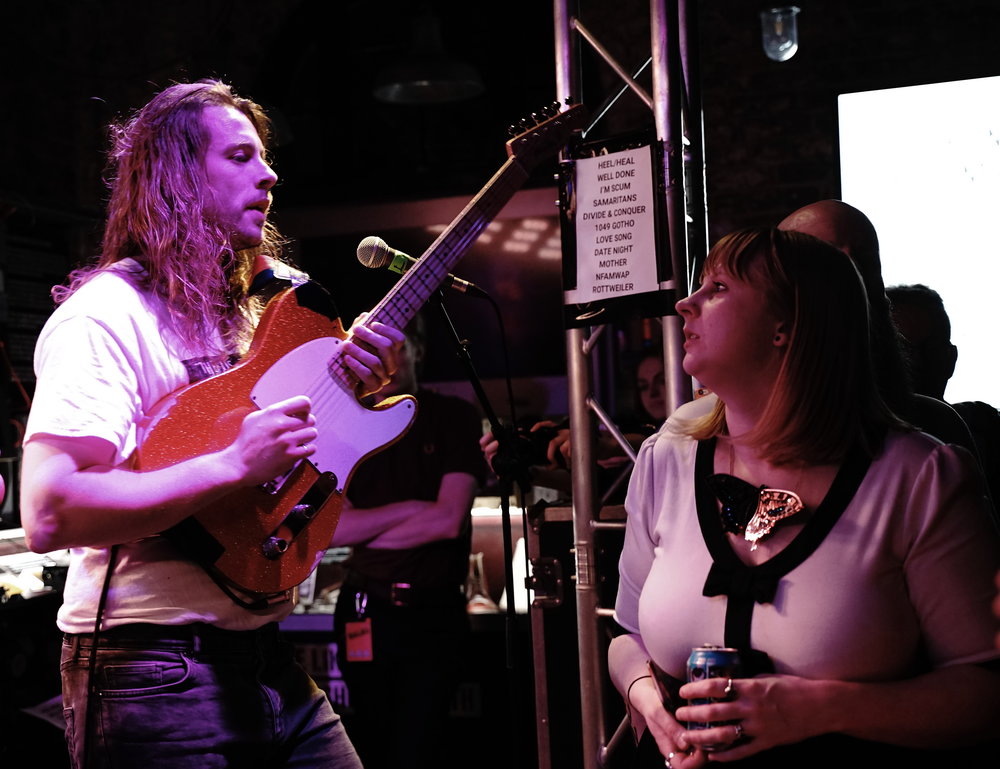