LAZY DAY’S LIGHT-HEARTED INDIE POP IN STEREO’S BASEMENT GAVE A SMALL CROWD THE GET UP AND GO. 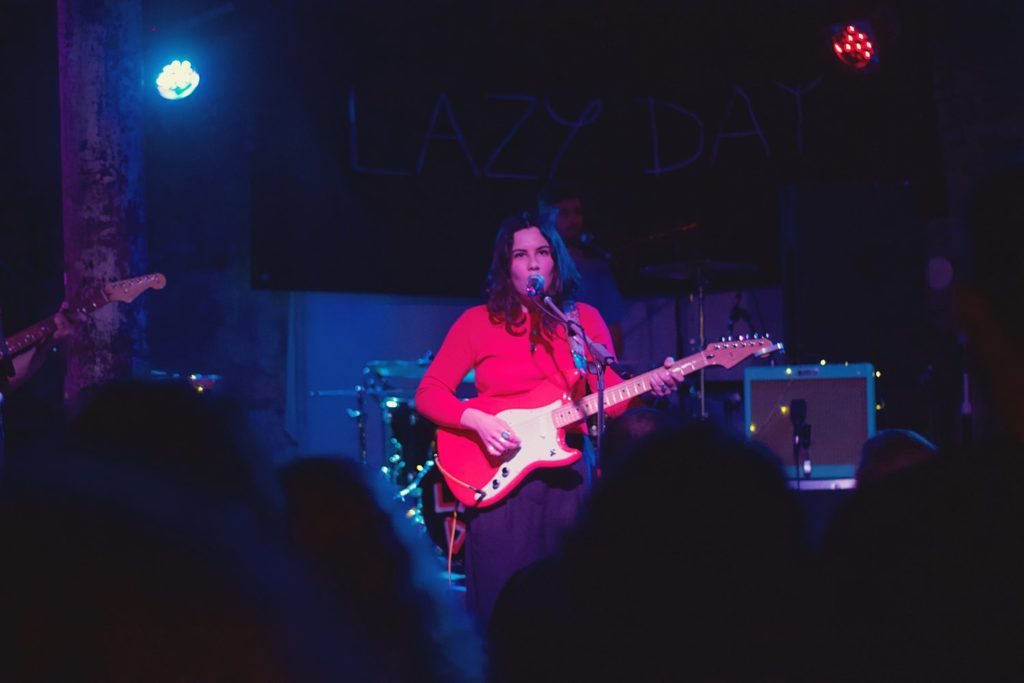 Lazy Day will strike a chord with you if you’re a daydreamer. They will light up those melancholy smiles and titillate any fan of hard but soft, fuzzy, grunge-pop. This London based band began around seven years ago and started as the private home-project of frontwoman Tilly Scantlebury. Scantlebury, who was a previous member of indie group Hella Better Dancer, really released these recordings to the world in 2016 when she had turned Lazy Day into a four-piece band and steady stream of demos and EPs have graced the public. In the shadow of new EP ‘Letters,’ Lazy Days toured across Europe and it’s clearly they are band quietly determined to make an impact.

They played in the tucked away, hipster, side street venue Stereo. This popular bar has a lower level gig space that hosts nights for quirky bands, quirky dressers and for those whose musical wonderings knows no bounds.

It surprised me to see how small the crowd was for Lazy Day. There can’t have been more than 30 people attending and, although a mid-week gig is never ideal, Lazy Day’s seems perfectly suited for the arty, main-stream deviators folk who fill Glasgow. There set up was very casual; they were all dressed in subtle retro style and with a crude band name sign in Disney font on the wall behind.

Lazy day took to the stage and none of the band let any feelings disappointment or disheartenment show and they smiled and the crowd and launched in to their first track disappear ‘Disappear.’ This dreamy number was highlight of the show. With its soft beginnings it builds up in power and Scantlebury’s airy voice by the end of the song has a heavy, moody sound to it. Their next track, ‘Double J,’ is one of the hardest of the night but its lyrics are so damn uplifting that it’s hard not to get lost in this track. The track put the listener in a place where they have picked themselves up from some trouble and sternly told themselves that a better day is on the horizon. 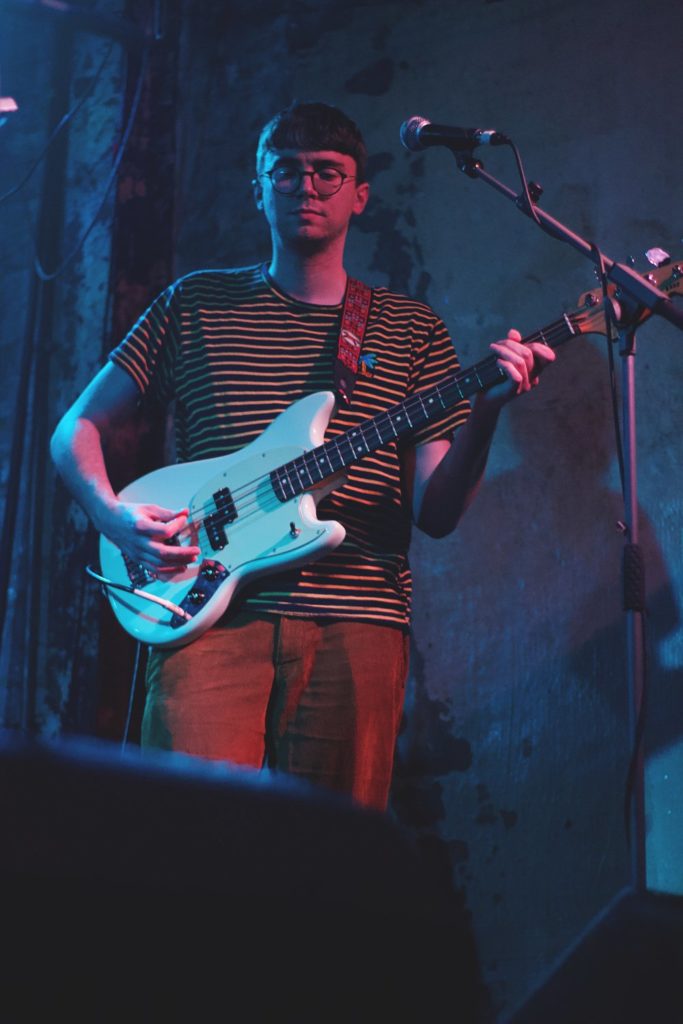 The band started a charming two-step routine in time to their mid-section tracks and it was a delightful addition. In the track ‘With My Mind’ the strained rumble in Scantlebury’s voice as she passionately belts out the lyrics hit the attendees like rays of sunlight. Though the crowd wasn’t loads, the majority of attendees looked totally transfixed. ‘Real Feel’ and ‘Weird Cool’ are two bright dreamy indie tracks with soft verses and hard choruses. The sound quality for basement venue brilliant.

The emotional ‘Tell Me’ and ‘Mumma’ are brilliant tracks. The songs are the equivalent of pal coming up and giving you a hug and then a pint (of any satisfying beverage that tickles your fancy). ‘Mostly Me,’ is a drawn out track that leads to powerful finish. They end on their fan favourite track ‘Hiccup’ and the small crowd have lost their inhibitions and the limbs are finally flailing.

Lazy Day set was a definite triumph despite the crowd size. They seem to stick so rigidly to their own voice and direction.