IN A WEEK WHERE BIRMINGHAM HAS BEEN GRACED WITH AN INFLUX OF FANTASTIC LIVE MUSIC, IT’S SAFE TO SAY THE SECOND CITY MUSIC VENUES HAVE BEEN BUZZING AND TONIGHT IT WAS TIME FOR ALT-ROCK STARSDEAF HAVANA TO FEEL THE LOVE IN THE SECOND CITY. 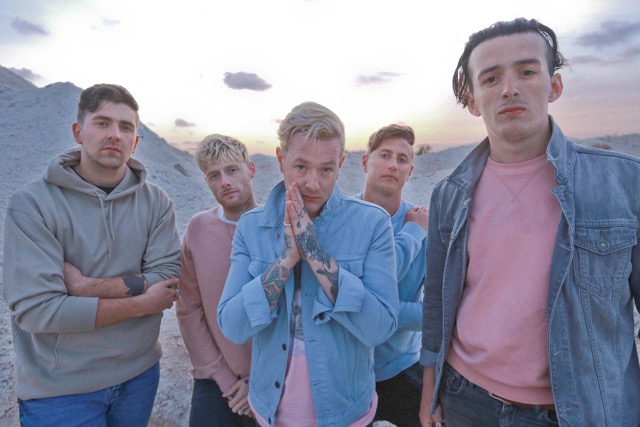 Scores of Midlands music lovers descended into the 02 Academy to be graced with an evening of frenzied rock with support from La Fontaine’s. The sweaty crowd packed into the venue, swilling from plastic cups awaiting the headliners to appear.

The energy is exciting as The La Fontaines get the crowd hyped up, their blend of hip hop and rock has the venue swaying back and forth, with girls screaming, each track concludes to claps and cheers.

With recently released fifth album “Rituals” satisfying the crowds thirst for new music, they are eager to hear some of the new tracks live from the band. With heavy drums and dirty bass the beat kicks in the venue as they burst on stage with Fever, it’s infectious as Deaf Havana alight the stage.

The rollercoaster of happiness continued with fans waving their hands in the air lost in joy at their idols keeping them entertained with favourites like “I’m a Bore” and slowing down things with a haunting acoustic set that included “Hunstanton Pier”.

As the Academy fell into darkness the heavy beat of “Sinner” left the crowd wild at the final encore, and  like a sin they wanted so badly, the curfew of the venue was creeping over this forbidden fruit. The cheers rang out as James and the band took their final bows like a ritual in conclusion of an epic night.

This band are truly one to remember!