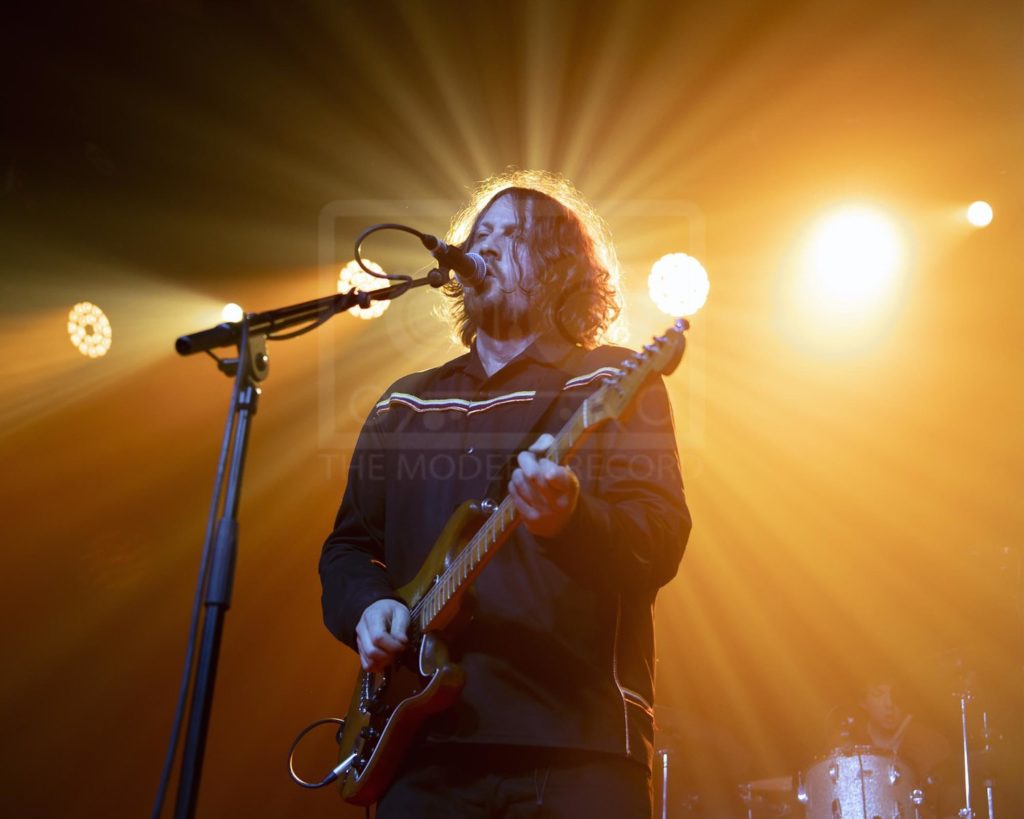 At the Barrowland Ballroom in Glasgow tonight for The Zutons 15th anniversary tour playing the songs off the first album, Who Killed……The Zutons? Love a gig at the Barras, it’s still the best venue in town. I get there for doors opening and it’s pretty quiet.

First support are a group of young guys call the The Illicits. They look really nervous to be on stage and they are trying to channel there Oasis attitude. Perhaps I’m just getting old but they look a bit like a high school battle of the bands entry and they have that air of 4 guys who have fallen out before coming out on stage. The songs are all the same tempo and not delivered with any confidence. They sign off with a guitar rendition of Born Slippy by NUXX from the Trainspotting soundtrack, which was quite a good choice. 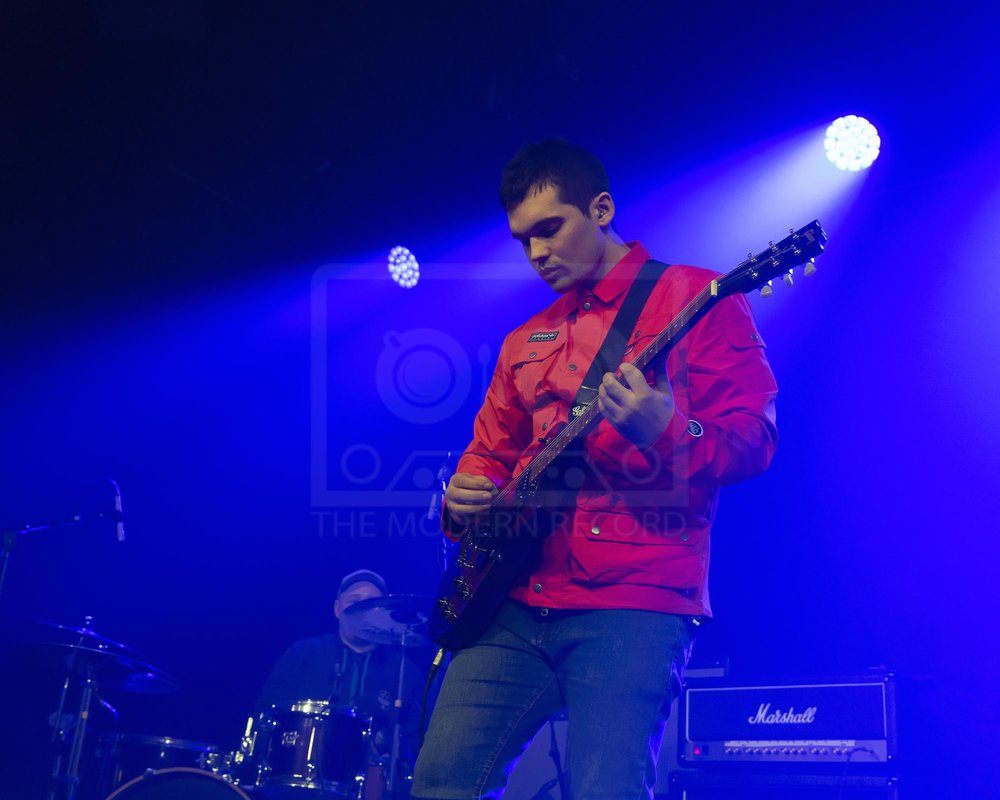 Second support are The Fernweh and these guys look a bit more into it. A five piece band with quite an experimental pop sound and elements of 70s soul/funk. The lead singer has a fairly good voice and looks like a young Barry Gibb complete with long hair and beard. They have a female backing vocalist and her harmonies need work but the overall sound is good.

Both opening acts are a really strange choice give the audience that will be coming to see The Zutons, but who am I to judge. 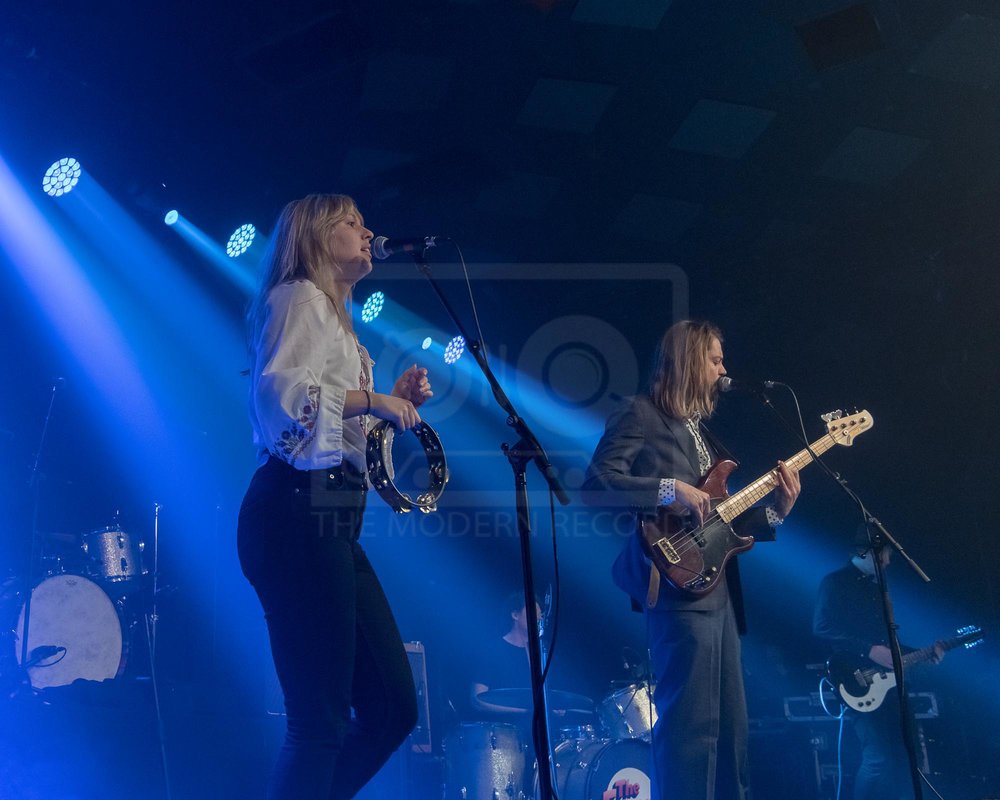 The Zutons come out to what I can only describe as fiddle music and bright white blinders to a now packed and what looks like a sold out Barras. The crowd going wild from the start, singing every word of the opener, Zuton Fever. The lead guitarist showing some nice touches on his gold top Les Paul whilst the singer has a black SG.

The move into Dirty Dancehall and Havana Gang Brawl with the petite sax player really working those mournful notes and putting some sass into her dance moves, and the crowd love it.

Next it’s Railroad, followed by Remember Me and Long Time Coming and the crowd seem to know every word. The band lull at moments and the lead singer encourages Glasgow’s fine voices, each time not disappointed, as the choir carry the tune.

Each song gets a rapturous reception and the band show a real enthusiasm and energy. I get the feeling through Not A Lot To Do that the night is moving towards a crescendo as the songs progress.

Why Wont You Give Me Your Love? is the first deviation from the album the tour is all about, but the crowd don’t care. Hands are in the air, and most folk are singing the word and the at the edges of the hall there’s quite a bit of dancing too.

Pressure Point brings us back to Who Killed……The Zutons? Only to head away for the next track It’s The Little Things We Do and then saying away with Don’t Every Thing Too Much. Which brings us to Moons & Horror Shows which see the band depart the stage with little fanfare.

The Light show has been basic all night and in the dark at the end of the main set the excited crowd want their encore and are chanting for the the bands return to the stage. It doesn’t take too much encouragement.

The audience are treated to a 4 song encore including Confusion from the album of the night but the others are standard encore fodder, The Zutons playing to what they know their fans want. Hello Conscience to start and Valerie obviously get a great reception.

They close out with You Will You Wont which is a belter of a tune and a great end to a top evening. Overall this is exactly what it said on the ticket and any true fans dream gig. A great night of top tunes delivered with enthusiasm and passion. Great night.