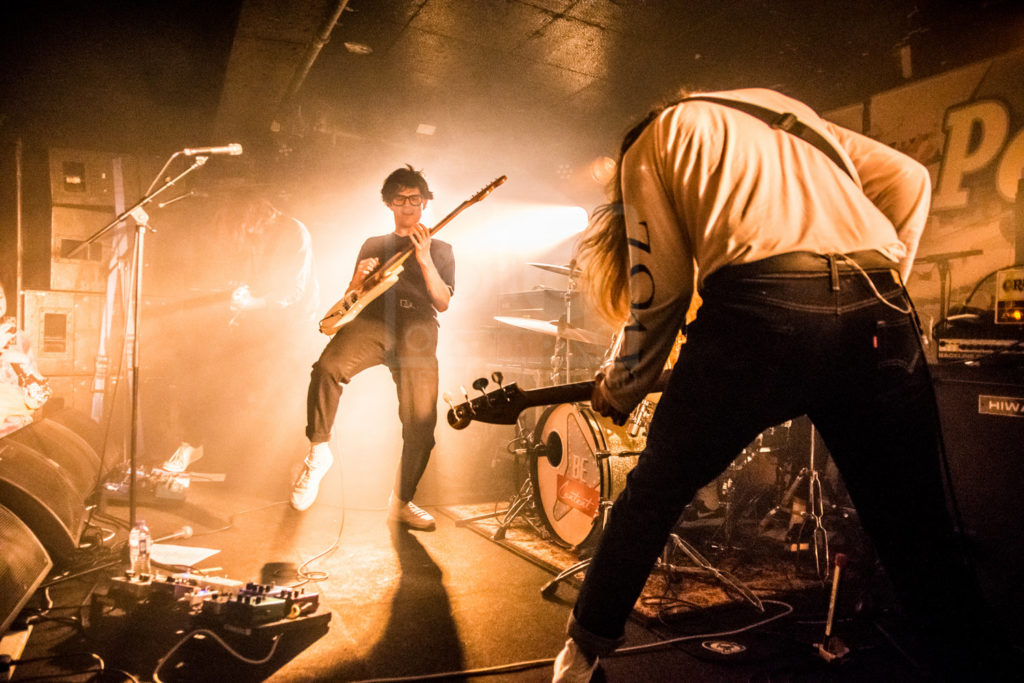 There was mediocre crowd in for the evening. King Tut’s Wah Wah is an unassuming venue near Glasgow’s colour centre that is known for hosting nights of high octane thrills. It’s seen some of the biggest acts as their career is beginning as well as catching them on their return to the country as their career explodes. This intimate venue’s stage has been graced by the likes of Blur, Radiohead, The Verve, Pulp and The Killers, to name but a few of most commercially successful acts who have featured.

Indoor Pets and their support drew a group of around three dozen. There was a large percentage of young, adolescent, females in for the evening. This adds weight to the idea there is virtually nothing a teenage girl cannot find on the internet. So many attendees were too young to buy an alcoholic drink but were savvy enough to search through the sea of up-and-coming bands to reach the soft-but-hard, under the radar Indoor Pets. And I would bet that all who attended will at some point in the not-too-distant future be bragging about seeing these guys in such low-key setting.

Their support band Dogtooth put in a valiant effort. They clearly have a talent for song writing and there straight up and down indie rock was received joyously by the crowd. However, to watch the band, you could see the fear in their eyes. Nervousness filled the stage as the trio glanced at one another during songs. It inhibited the projection of the sound and, of course, nothing translates better with hard indie rock like confidence and their set definitely lacked it. They could do with also rethinking the amount they slam on the strobe lights. Yes, strobing creates impact but including it throughout nearly every song means you’re going cause some of your viewers to hunt for an escape from it if they haven’t already been knocked to another dimension. 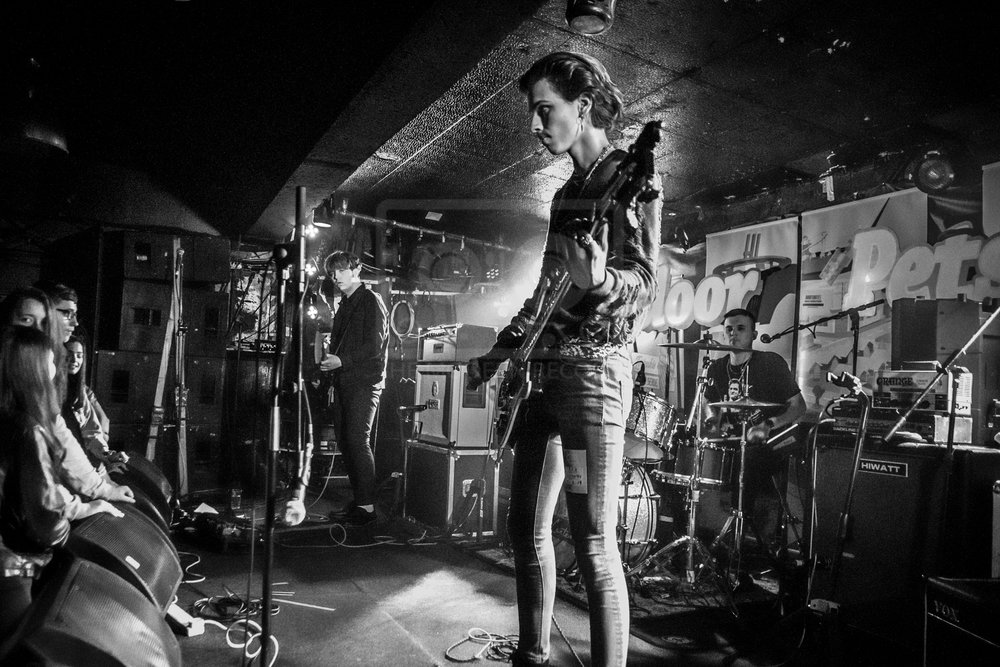 Dogtooth, you have it. Whatever it is that made the Gallagher brothers’ music so damn successful, you actually have it in bucket loads. With a little less side-eye glancing to each other and more intense self-belief you could break the membrane of brilliance and hit the heights your music is capable of reaching.

Next on to the stage was a magnificent Australian group called Animal House. With Dogtooth there was a feeling of timidity that was brought to the stage but Animal House stormed that stage with no fear. Their good-time rock is upbeat and uplifting. Every member of the band looked like they were having an absolute blast on stage. For some reason, the crowd seemed to lose a bit of interest in these guys which I think was because they were a group of laid back rebels singing about smoking and drinking to a crowd mostly composed of young teenage girls. However, Animal House keep it coming as your sound is an elevating wave of freedom and celebration. I would attend an Animal House headline show in a heartbeat.

And then we were on to the night’s main event. Indoor Pets are Kentish band who are in their infancy. Just a few short weeks ago the band finished their tour supporting early 2000, sing-along, indie hit makers, Razorlight. In the light of Indoor Pet’s debut album ‘Be Content,’ released March of this year, the band is working hard to tour and promote their music. Their sound has an established feel to it and they effortlessly swoop from light-hearted fun to tracks dripping in heart-breaking emotional depth. 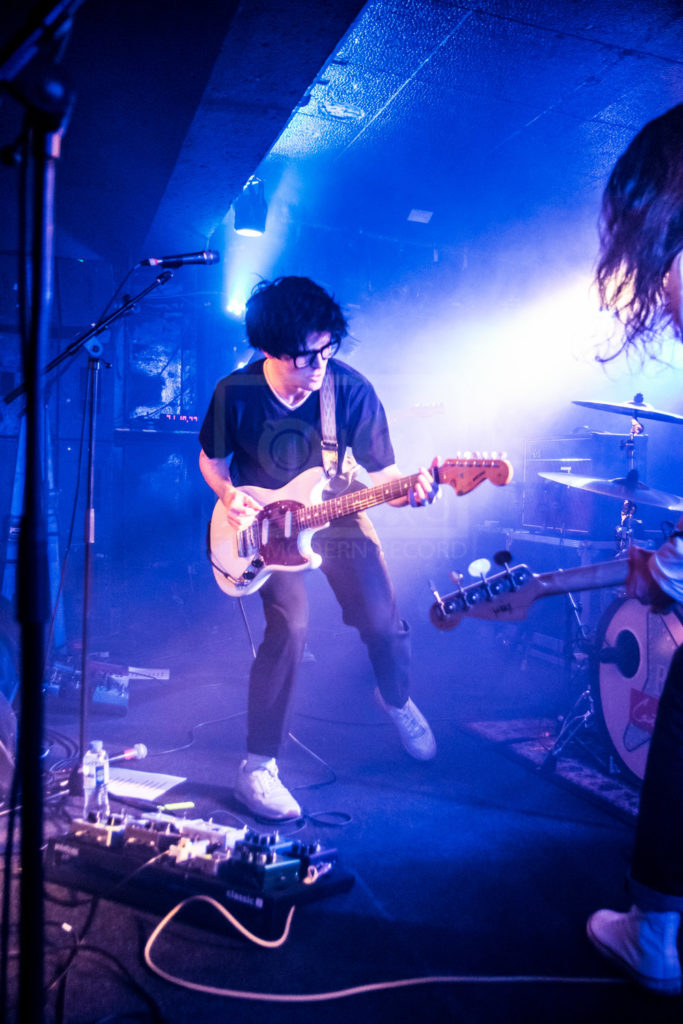 As their set opened, the fan’s roared and they launched in to the sweet track ‘Cutie Pie, I’m Bloated’ and the belt-it-out ‘Hi.’ The band’s style is that of a heavier Bombay Bicycle Club. They play the older tracks ‘Electricity’ and ‘All My Friends’ but the set is really compiled of tracks from the new release. The track ‘Teriyaki’ is a knee bending bob with exquisitely written guitar parts and lyrics. As is the outcast anthem ‘Being Strange’ which really got the small crowd jumping. The track of the night was the beautiful ‘Barbiturates.’ It balances so perfectly the softness of the verses with the sudden moves to thrashing guitar. Its content is emotional but it also seems express the complexity of pain by reaching the vulnerabilities as well as the anger. If you’re in a tough place, then this song will hit you hard.

The band didn’t play encore. Not to discredit them for that. It’s almost an out-date trend for acts to lengthen out a set they can fill. However there extended well past midnight and significant number of fans had to leave before the set was over.

Indoor Pets are just starting to make their mark on the Scottish market. While shows in England sell out, they draw in dedicated but select crowd above the boarder. Their tracks will be hummed by attendees until they have them downloaded and listened to on the daily. They are set for an explosion and I don’t doubt that their Scottish shows will be sell-out nights soon.