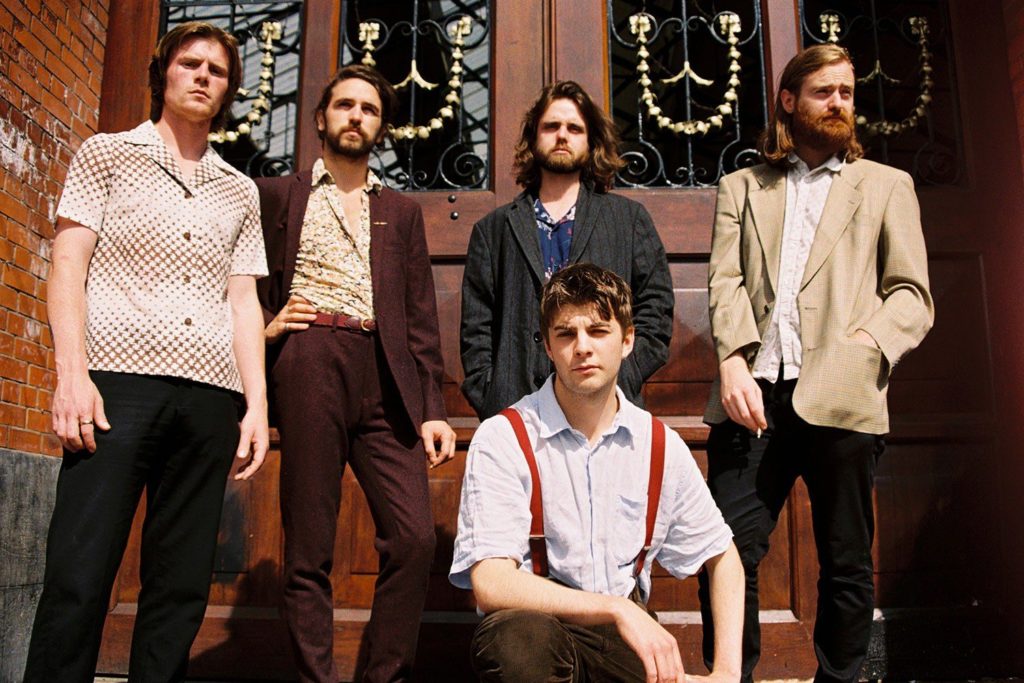 Tonight, Fontaines D.C. bring with them as support to a bustling King Tuts, fellow Irish noise rockers Just Mustard. Just Mustard open this late Sunday evening show and are an absolute revelation. Their Sonic Youth inspired shoegazing manages to be both tuneful and atonal at the same time. While the vocalist Katie Ball has a delicate wail that merges perfect with cacophony of guitars. They certainly win the audience over during there 30-minute set with best moments being the guttural guitar squall of Boo and the industrial sounding Pigs.

After the opening set Fontaines D.C. take to the stage. Certainly not afraid to show their Irish roots entering the stage to the Pogues Streams of Whiskey, while the singer Grian Chatten’s thick Irish accent greets us and the band begin with Hurricane Laughter.

Hurricane Laughter is an electric opener and it is immediately apparent that the audience have already memorised the words to Dogrel. All the album is played in full tonight albeit in a different order to the record. Chequeless Reckless really captures their appeal as it’s wonderfully righteous lyrics attack charlatans and phonies to a driving guitar riff that increases in intensity. The song writing is superb and live the vibrancy of the group means these great songs pulse with bullish energy. Another facet of the performance is that the guitar riffs really come to the fore, the riffs are distorted but also contain lots of melody.

As Grian stalks the stage and distortion swells around him, It is clear the hype surrounding Fontaines D.C. does not daunt them in way. Instead they have the deserved confidence of band assured they have just released an excellent debut album. More highlights follow, Too Real is a fearsome diatribe bemoaning inauthenticity, while Big is a forceful thrashing promise to fulfilling potential.

The only real missteps are Dublin City Sky, which should be a charmingly dirge of a ballad but is merely just a dirge and kills some of the set’s momentum. Also, Sha Sha Sha which is a punked up version of The Cure’s Lovecats if it only consisted of an uninteresting shouted chorus.

Nonetheless, the set is a bona fide success and it has been a superb night demonstrating immense punk rock noise hailing from Dublin. Not only are Just Mustard back in Glasgow for the Stag and Dagger festival in a few weeks, Fontaines D.C. return in November, I strongly recommend catching both if possible as it is sure to be more brilliant gigs.